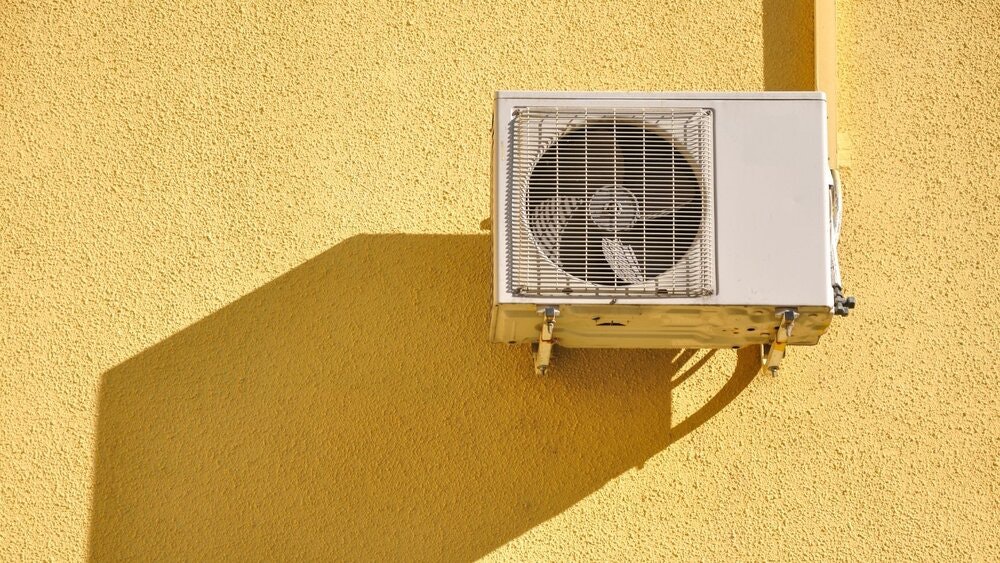 If there’s one thing we know, it’s that this summer has been hot. And next summer will probably be hotter, and the next even hotter. Life is sticky, sweaty business these days, and we definitely aren’t taking our air conditioning units for granted. Thankfully, ACs are becoming more and more affordable, giving an increasing number of people access to their comfort (and safety). But as we’ve learned time and time again, things aren’t so simple. In this post, we’re going to dig into the equity of thermal comfort and the environmental impact of more people buying ACs.

Big picture: Thermal comfort is all about our ability to keep our bodies comfortable -- aka not too hot and not too cold — in the place we live, work, study, play, learn, etc. Thermal comfort involves various different environmental and personal factors, including air temperature, air velocity (think: wind), humidity, clothing insulation, and metabolic heat (think: working up a sweat). All of these factors affect not only the environments we’re in, but also how we experience those environments...think about a 90 degree day in the dry heat of Idaho vs. a 90 degree in the humidity of New York City. Humidity can change how we experience heat and our ability to regulate our own body temperatures. In this post, we’re going to focus on the air temperature aspect of thermal comfort.

Ever had your power go out on a hot summer day? Not so fun. On the other hand, walking into a perfectly temperature-controlled grocery store after a sweaty walk down the street is pretty great. But thermal comfort is not just, well, comforting. It’s also essential for our health. When temperatures rise and the body’s temperature control system is overloaded, people suffer heat-related illnesses. The most serious of these illnesses is heat stroke, which occurs when the body becomes unable to control its temperature because of sustained high temperatures. Heat stroke can cause your brain and other vital organs to swell, which can lead to permanent damage or even death. It’s really scary stuff that’s not to be messed with. And, while we’re focused on heat today, the pendulum of extreme temperature-induced disorders is also in effect in extreme cold temperatures — maybe we’ll do another blog post on heating and ventilation systems soon, too.

AIR CONDITIONING TO THE RESCUE

Air conditioning is a process that cools, heats, and ventilates an indoor atmosphere, but most of us think about it as that cold burst of air that cools our spaces. The lucky ones have central air conditioning systems that allow them to control the temperature of their homes. Some of us (also lucky) have air conditioning units that fit into our windows, blocking our views and making a ton of noise, but most importantly, keeping us cool. And some of us don’t have any air conditioning at all.

Almost 90% of American households have some form of air conditioning, more than any other country in the world except Japan (where 91% of households have this luxury). The problem is that 10+% without some form of air conditioning are usually in low-income communities of color that are most exposed to natural disasters. Communities in the U.S. most severely impacted by climate change also disproportionately lack access to air conditioning, which becomes a potentially life-threatening situation in increasingly hot summer months. This is extraordinarily problematic.

And this isn’t just a problem in the U.S.-- most homes (aka everyone but the super-wealthy) in other hot countries have not yet purchased their first AC. In India, only 5% of households have AC, and in South Africa, only 6% do. In the U.S., direct exposure to heat causes around 0.5 to 2 deaths per million people annually. Every year in India, this cause of death claims about 61 people per million.

Thankfully, the IEA reports that by 2050, around two thirds of the world’s households could have an air conditioner. We can only hope that this increase in access to air conditioners will make access to thermal comfort more equitable and lower the number of heat related deaths per year.

Cooling is the fastest growing use of energy in buildings, and is set to become one of the top drivers of global electricity consumption in the next three decades.The global market for air conditioning systems in 2020 is estimated at 107.9 million units. In 2026, it is estimated that the market will be 148.7 million units. The use of ACs and electric fans already accounts for nearly 20% of total electricity used in buildings around the world (and 10% of all global electricity consumption). As we’ve learned, energy use is deeply tied to water consumption because of the water-energy nexus, whereby generating energy requires water, while cleaning, collecting, and moving water requires energy. Energy use is also deeply tied to climate change, since fluctuating temperatures require energy use (in the form of ACs, among many other things). This is all to say that the massive uptick in air conditioning access projected for the coming decades impacts not only our energy grids, but also all of our other systems. Ironically, the appliances that are protecting us from increasingly unlivable temperatures are also contributing to global warming.

SO WHAT’S THE SOLUTION?

Buy with efficiency in mind. The goal is to achieve widespread access to thermal comfort without causing too much undue damage to our planet. So what can be done? According to the IEA’s report on the Future of Cooling, there is a huge blind spot in the global energy system, which is inefficient space cooling. Right now, most people are not using efficient ACs, which can cut CO2 emissions from space cooling in half. Today’s best air conditioners use up to 50% less energy to produce the same amount of cooling as ACs from the 1970s. If all air conditioning was done efficiently, overall energy consumption could even be cut in some places by 2050, despite the inevitable rise in AC use.

Install units properly. Make sure your air conditioner is properly installed for maximum energy efficiency. Here is a guide by Energy.gov.

Don’t go so low. So it’s 70 degrees out, but you prefer your bedroom to be a crisp 68. Take one for the team -- turn off your A/C and open a window whenever you think the temperature outside might actually be pretty comfortable. When your A/C is off, unplug that baby! Leaving your A/C plugged in can unnecessarily waste a ton of energy, so it’s important to unplug it when you go on vacation. If you live in a super hot place and are worried about a heat wave spoiling pantry food and damaging electronics, set your A/C to 85 degrees to remove excess humidity from your house or apartment while saving energy.

Properly dispose once you’re done. Believe it or not, it’s illegal to dispose of your AC with the rest of your trash. That’s because ACs contain refrigerants like chlorofluorocarbons, hydrochlorofluorocarbons or hydrofluorocarbons. The first two nasty chemicals create MUCH more potent greenhouse gases than carbon dioxide if released into the atmosphere, and the third depletes the ozone layer. If your AC goes straight to the landfill without the refrigerants being properly disposed of, they will leak out and contribute to global warming. You can search for local AC recycling options here.

If you don’t have air conditioning...

If you live in a cool place and don’t need air conditioning, that’s great.

Thermal comfort should be a right, not a privilege (duh), especially as the world continues to get hotter. If you need air conditioning but can’t afford a unit and/or the associated energy bill, check out resources like the Low Income Home Energy Assistance Program. They may be able to help out. In the meantime, make a plan. As extreme heat becomes the norm, we all have to help our friends and loved ones stay safe.