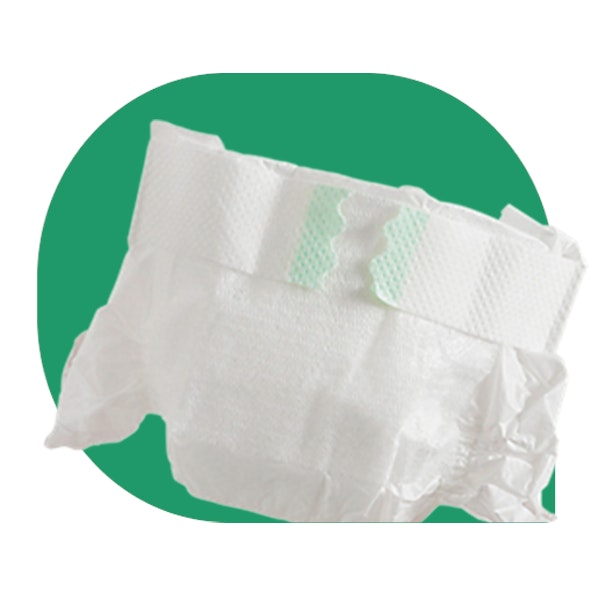 Hey! Now that we’ve gotten your attention with our greenwash-y, SEO-friendly title (thanks, Google), you should know that while there’s no such thing as “eco-friendly” diapers, here’s what to be wise on when you’re shopping so you can pick the best option for you, the planet, and the people making your stuff.﻿

What to be wise on:

The type of disposable diaper you pick matters. Every disposable diaper that anyone has ever worn in the past 500 years still exists, and those diapers account for 7% of non-durable household waste in landfills today.

The factors to consider:

Look for non-hazardous, sourced from a regenerative or responsibly-managed forest.

The carbon footprint of manufacturing disposables is greater than that of manufacturing reusables, but, over a 2.5 year period, the amount of CO2e emitted from using disposable diapers is likely less than the GHG output of laundering reusables. If water's your thing, opt for disposables, as they use less water during manufacturing. Some people claim that babies who wear cloth diapers potty train earlier and that earlier potty training = less diapers filling up the landfills. We don't buy it since the scientific evidence for that claim is inconclusive. Speaking of buying...you'd probably save max $270 over three years if you pick cloth instead of disposable.