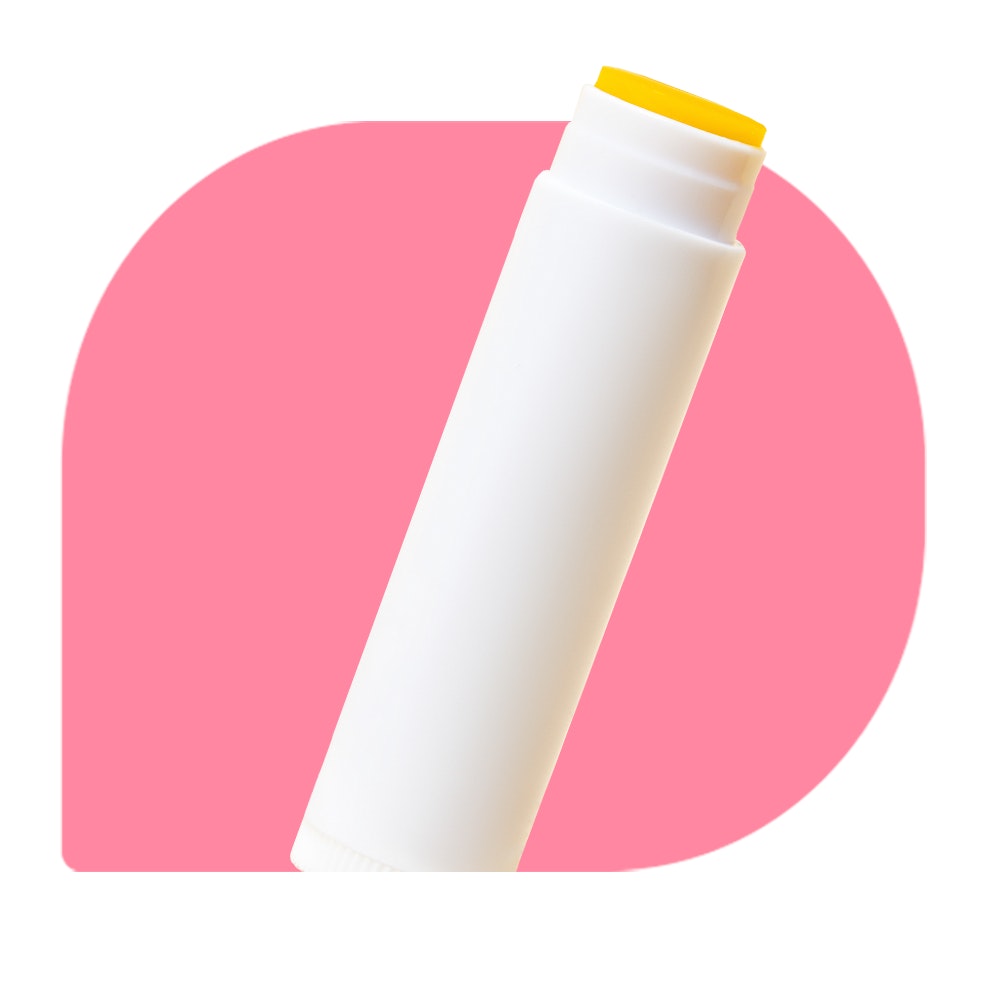 Hey! Now that we’ve gotten your attention with our greenwash-y, SEO-friendly title (thanks, Google), you should know that while there’s no such thing as “eco-friendly” lip balm, here’s what to be wise on when you’re shopping so you can pick the best option for you, the planet, and the people making your stuff.﻿

﻿Ever wonder why your lips are always dry? Your smoochers have the thinnest skin on your body and lack the tough outer layer that your other skin has. They also don’t have sebaceous oil glands, which secrete a fatty substance called sebum that’s responsible for keeping the rest of our skin hydrated. This means it’s our job to keep our lips moisturized, which we’ve been doing for centuries; even Cleopatra used beeswax and almond oil as lip balm.

check out our top-rated lip balms

Have you ever found yourself licking your lips after applying an irresistibly sweet-smelling lip balm? Yeah, neither have we…

In all seriousness, most of us apply lip balm daily, and a lot of it actually ends up in our mouths. So how do we nourish our lips while keeping the nasty chemicals that are in most conventional lip balms out of our mouths? The first step is knowing which ingredients to look for and which to avoid.

Camphor can provide immediate relief with a deceptive cooling sensation, but ultimately can irritate skin and make your lips more dry than they already were. Though it is generally safe for adults when used correctly, Heathline warns that camphor should never be ingested since it is toxic. The amount of camphor used in lip balms is minimal so you don’t have to worry about poisoning yourself, but we still choose to avoid it. Carmex is one company that uses camphor in many of its products.

Much like camphor, phenol provides an immediate cooling sensation. It may make lip balms like Carmex feel effective, but is actually known to irritate the lips and has been classified as potentially toxic for wildlife and the environment under the EPA Clean Water Act. Phenol has been restricted for use in cosmetics by Japan and Canada.

Parabens are cheap preservatives that are very common in lip balms. They are endocrine disruptors (aka they interfere with hormone function), and they are linked to an increased risk of breast cancer. Most Chapstick lip balms contain parabens.

BHT is a nickname for butylated hydroxytoluene, which is another endocrine disruptor and possible carcinogen linked to developmental and reproductive issues.

Using lip balm with SPF is a great idea, but not if it contains oxybenzone or octinoxate, which are nasty chemicals that damage our endocrine systems and oceans. These two chemicals also happen to be the most commonly studied UV blockers, and they’re regulars in sun protecting lip balms. Instead, look for zinc oxide, which is a naturally occurring mineral that provides a gentle and non-toxic barrier to the sun’s damaging rays.

Who the heck wants to put an ingredient made from fossil fuels on their lips?! Not us. Petroleum jelly is not our fav since it’s derived from crude oil. The crude oil refining process also creates a ton of air pollution, though the percentage of it contributing to lip balm production is so small that even if we all stopped using petroleum jelly, it wouldn’t really move the needle on our overall fossil fuel usage. Still, petroleum jelly is not our first choice when we reach for a lip balm.

Beeswax is non-allergenic and anti-inflammatory. It is also known to have antimicrobial properties, so it’s a safe balm for cracked and chapped lips. Some go so far as to hail it as the holy grail in cosmetics. That’s all well and good, but there are some ethical concerns here. Did you know that we harvest beeswax by melting beehives in boiling water and then cooling it? This process can involve cruel mishandling of the Queen Bee, whose wings are often clipped so that she cannot leave the hive. Yikes. As the demand for beeswax in the cosmetics industry increases, so does the number of honeybees harmed during the wax collection process.

Coconut oil moisturizes, softens, and fights bacteria, and is beloved by many in the cosmetics industry. Growing coconut palms does not require the use of pesticides, which is great. But the crop does pose problems for biodiversity. As demand for coconut products increases, coastal mangroves are being destroyed in favor of coconut palm monocropping operations which are low in biodiversity and deplete the soil. We know, we know… it feels like there’s always a “but”!

We LOVE shea butter, no ifs, ands, or buts. Shea butter creates a protective layer that keeps moisture on the lips, and is anti-inflammatory. It comes from nuts that grow on karité trees in Guinea, Senegal, Uganda, and South Sudan, and for centuries has been called “women’s gold” because it provides employment to millions of women across Africa. It is estimated that shea butter exports from West Africa bring in between $90 to $200 million a year.

The argan tree grows almost exclusively in south-western Morocco, where it acts as a natural barrier against desertification, prevents soil erosion, and protects water resources. It’s so good for the environment that Morocco’s argan forest was named a Biosphere Reserve by Unesco in 1998. Fortunately, the tree is not damaged by the production of argan oil; rather, the production of argan oil is a reason to protect the tree. Women’s co-operatives have been set up to meet the increased demand for argan oil in the beauty industry, giving many Moroccan women the opportunity for financial independence. Companies like L’Oréal, Weleda, and L’Occitane have invested in the Moroccan argan oil trade to promote education and fair pay among women in the industry. It just so happens that argan oil works wonders on our lips as a moisturizing antioxidant that helps protect against sun damage.

Due to an FDA loophole, the word “fragrance” is unregulated and can mean pretty much anything. We recommend avoiding “fragrances” since that word in cosmetics basically translates to “hidden chemicals”.

Lip balm is usually packaged in plastic tubes that are almost impossible to recycle. If you can, buy plastic-free lip balms packaged in cardboard tubes. You can also buy Burt’s Bees and EOS and recycle the empty tubes for free through their partnerships with Terracycle. To avoid packaging waste, you can also make your own lip balm in a reusable container.

When it comes to lip balm, be wise on the ingredients and packaging. When in doubt, seek out shea butter and argan oil balms, and look for zinc oxide as a sun protecting ingredient. If you find yourself constantly slathering on lip balm to no benefit, there’s a good chance that your balm contains irritating ingredients like camphor, phenol, oxybenzone, or octinoxate. Lip balms are often marketed as “soothing” even if they contain irritants. Trust ingredient lists, not marketing claims, and steer clear of “fragrances”.