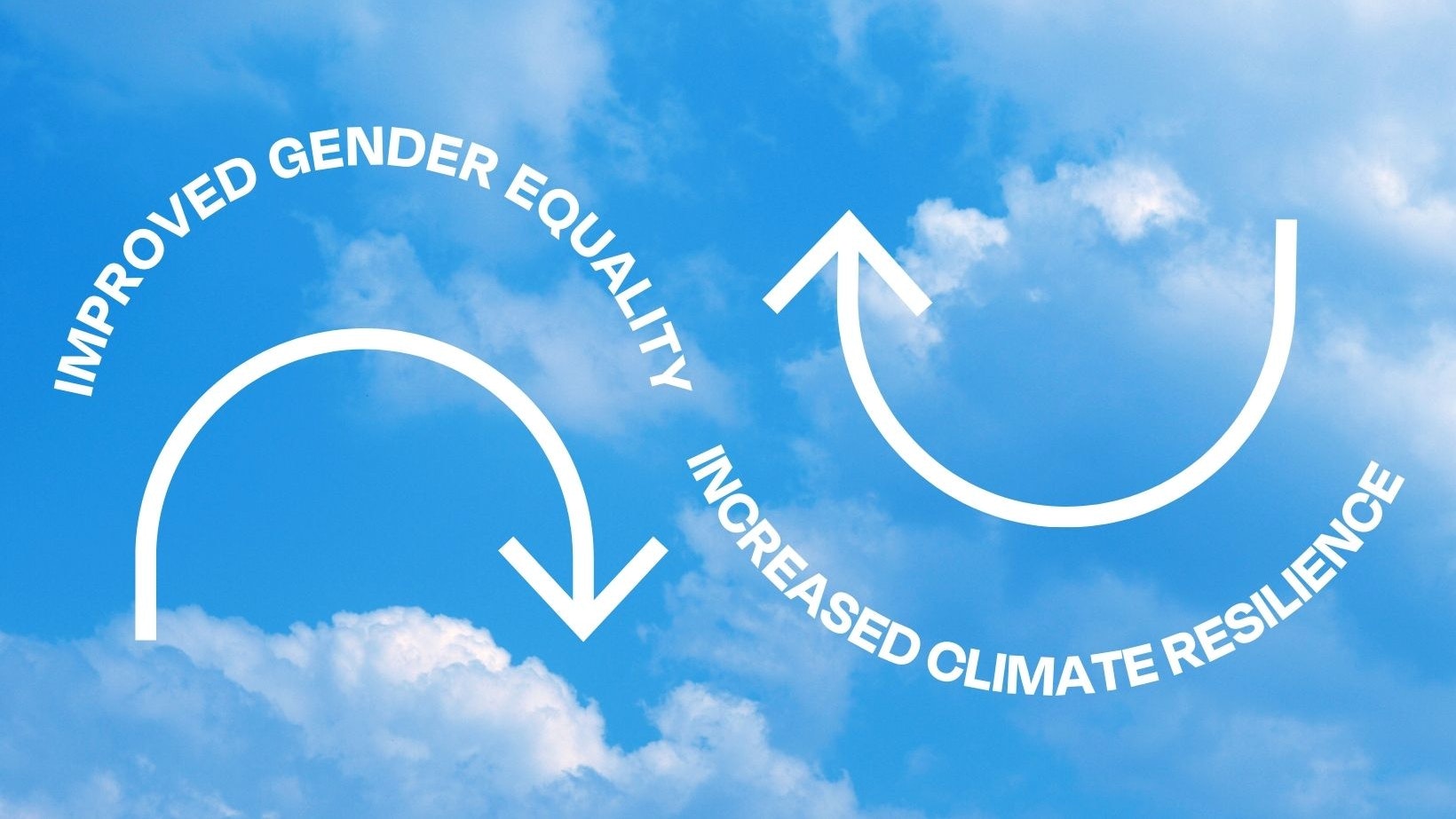 When Project Drawdown came up with the top 100 activities that would contribute most to halting rising greenhouse gas emissions, numbers six and seven reflected initiatives that are rarely discussed in environmental circles: educating girls and family planning, respectively. Project Drawdown claims that investing in universal education and family planning in low and middle-income countries could reduce emissions by 85.42 gigatons by 2050, which is about a decade’s worth of China’s emissions.

Research since the 1980s shows that women with higher levels of good quality education marry later and have fewer and healthier children, live longer and enjoy greater economic prosperity. Further, in many developing countries, women often have a strong body of knowledge and expertise that can be used in climate change mitigation, disaster reduction, and adaptation strategies. Women’s responsibilities in the households and communities, as stewards of natural and household resources, positions them well for these strategies. Climate change has serious impacts on food security, and women farmers currently account for 45-80% of all food production in developing countries. In African countries, more than 90% of women are engaged in agricultural work.

Because today is Women's Equality Day, let’s dive into how and why gender equality and climate change are so interconnected.

This is all easier said than done. Poverty, sexism and violence are all factors that make it more difficult for girls to get an education. Parents may force their daughter into an early marriage because they can’t afford to feed or clothe her. Even if parents want to send their girls to school, there are basic factors that block that opportunity, like something as simple as lack of access to sanitary towels when girls start to menstruate, forcing them to skip school.

We’re all overwhelmed by the increasingly horrifying news in Afghanistan, so let’s connect these claims to what’s happening today. Afghanistan has one of the lowest education levels for girls and is incredibly susceptible to climate change, and one of the least equipped to handle it. The majority of Afghans are farmers, and 80% of conflict is over land, water and resources. In Kabul, the country’s capital, the water system provides water to less than 20% of the city’s population, as most of the groundwater is not drinkable. The country lacks the infrastructure to store or use most of its water, and much of it flows into neighboring countries.

Afghanistan has been limited and inhibited by corruption and lack of sustained funding to properly combat climate change. In a country that desperately needs climate progress, we’re seeing terrifying steps backwards as the Taliban takes control of the country and 20 years of progress for women looks to disappear, almost overnight. In 2004, the Afghan Constitution said that “men and women have equal rights and duties before the law.” Laws have since been introduced to protect women from forced and under age marriage and violence. Tens of thousands of women have since enrolled in university. The United Nations Refugee Agency says that about 80% of those who have fled since the end of May are women and children. Under Taliban rule, women had to cover themselves and only leave the house in the company of a male relative. Girls are banned from attending school, women are banned from working outside the home and voting. Currently, women are donning burqas again and burning their diplomas in an attempt to destroy evidence of their education and protect themselves from the Taliban. In an attempt to rebrand themselves, the Taliban has not yet clarified their stance on women yet claim they will respect the rights of women “as long as it fits within the context of sharia law.”

HOW DO WE MEASURE GENDER INEQUALITY?

Dr. Astghik Mavisakalyan, a principal research fellow at Curtin University, explains that there is a two-way relationship between improved gender equality and increased climate resilience. Progress in one can drive progress in the other to create a “virtuous circle of sustainable and equitable development.” But how do we measure gender inequality? The United Nations Development Programme (UNDP) developed a Gender Inequality Index, which ranges from zero to one where a higher number indicates higher levels of inequality between men and women. The GII is made up of three parts: maternal mortality (deaths due to complications from pregnancy), education and political empowerment (comparing the percentage of males and females with governmental positions and with secondary education), and levels of female employment. The United States sits at .204, Afghanistan is at .655, and Norway, first, is .045. Notably, the index doesn’t account for non-binary people or investigate transgender inequality and most of the research excludes these populations.

The 2015 Paris Agreement has a specific provision for the empowerment of women, recognizing that they are disproportionately impacted by climate change. Firstly, 70% of the world’s poor are women. Their role as primary caregivers and providers of food and fuel make them significantly more vulnerable when flooding and drought occur, and UN figures indicate that 80% of people displaced by climate change are women. In Central Africa, nomadic indigenous groups are particularly at risk as lakes recede and women have to walk much farther to collect water. Closer to home, women were among the worst affected by Hurricane Katrina in 2005, where more than half of the poor families in the city were headed by single mothers and dependent on an interconnected community network that significantly eroded after the hurricane.

Ironically, or perhaps not so ironically, the average representation of women in national and global climate negotiating bodies is below 30%, and these numbers don’t improve at the local level. Women have unique understandings of resource management given most social structures, so an increase of women in these leadership positions could materially improve climate progress.

Girls who go to school have the tools they need to be more resilient to climate disasters, they’re economically empowered, and they know how to respond better to extreme weather. The World Bank estimates that as many as 130 million girls worldwide are not in school. Putting these girls in school could do as much to slow climate change as restoring more than 230 million hectares of tropical forest, an area larger than Greenland. Even when girls are in school, the gender gap in science and technology needs to be closed in order to lead to more innovation from women. Women make up just 28% of graduates in engineering, 40% in computer sciences, and 22% working in artificial intelligence. This gap needs to be closed at government, academic and corporate levels in order to attract and retain women in these subjects.

WHAT CAN I DO?