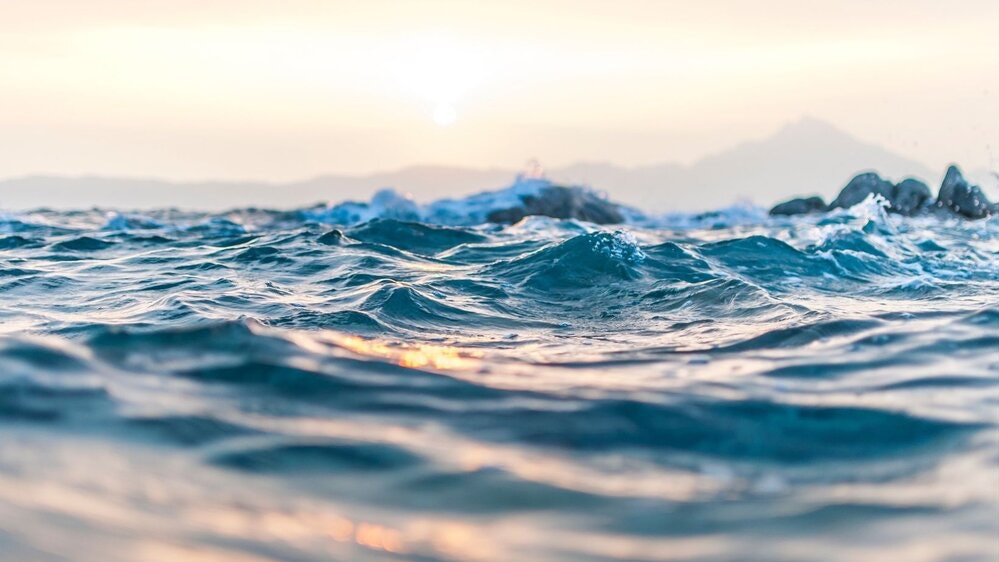 People talk a lot about energy -- like switching to renewables and being more energy efficient -- and people talk a lot about water -- i.e. conserving in drought areas and protecting our oceans -- but have you ever wondered how these two massive topics are related? Turns out, the relationship between water and energy is like a game of tug-o-war where the teams are so evenly matched, it seems like they could go on tugging at one another forever. On one side there’s energy, which is defined by scientists as the ability to do work. In this case, we’re talking about the forms of energy such as heat, light, electricity, and chemical energy, which enable us to heat, cool, and light our homes, to charge our electric cars, to power the manufacturing plants that make all of our stuff, and then to move that stuff, and us, around the country. On the other side we’ve got water, which we use to cook, clean, and shower, to heat and cool our homes, to irrigate farms and keep animals hydrated, to generate electricity and run machinery. Water and energy are constantly pulling on each other, relying on a perpetual give-and-take to fulfill all of the purposes for which we use them. But in a real game of tug-o-war, one team eventually lets go, and the rope that was holding them together falls. In the relationship between water and energy, both teams have to stay at that perfect balance of give-and-take, forever. This precarious balance is the crux of the water-energy nexus. If you’re wondering what the heck the water-energy nexus is, you’re not alone. This connection, which is increasingly important to both water and energy security, is something that many of us don’t learn about. Let’s change that.

The water-energy nexus refers to the relationship between the amount of water required to generate energy and the amount of energy required to collect water from rivers, lakes, reservoirs, and streams, to clean it (aka filter and disinfect it), to move it through pipes to all of our houses, workplaces, factories and farms, and finally, to clean the water again before it can be returned to the environment. Unfortunately, because we assumed that water and energy were infinitely abundant for most of the 20th century, the relationship between the two was largely overlooked. That led us to design our water and energy systems without any concern for whether we were putting strain on either of these resources. In other words, we assumed that water and energy could exist in that perfect give-and-take tug-o-war state forever, with no negative consequences. Unfortunately, strained relationships are bound to break. Like many age-old lessons, this one was learned the hard way. In the 21st century, it has become abundantly clear that water and energy are inextricably linked, and that climate change is exhausting the ability of water and energy to exist in that perfect tug-o-war state.

How are water and energy intertwined?

The interdependencies of water and energy run so deep that it’s hard to believe the relationship was only first evaluated in 1994. Let’s break down the intricacies of the water-energy nexus by starting with the reasons that we use water for energy and energy for water.

Energy production requires a TON of water. In fact, thermoelectric power plants (which boil water to produce steam to generate electricity), are one of the most common energy sources on earth and have been the largest water users in the U.S. since 1965. That’s 55 years and 11 Presidents worth of power plants dominating America’s water usage. 50% of the water drawn from rivers and lakes in the U.S. is used in energy production, but thankfully, only 4% of that is consumed. The rest is dumped back into rivers and lakes once it has served its purpose. While that 4% might not sound too bad, there’s a catch: much of the water used in power plants is returned to the source (aka rivers, lakes, reservoirs, and streams) at a warmer temperature. If you’ve ever been swimming in a lake near a power plant, you know how real this is. While it may be nice for us to take a dip in a bathwater-warm lake (putting aside the run-off and potentially toxic chemicals that are carried along with it), the fish that live in those lakes, rivers, reservoirs, and streams don’t take to it too well. In fact, this practice seriously messes with delicate aquatic ecosystems. Bummer, right? And the fact that power plants rely on vast amounts of water becomes a bigger problem in the face of climate change. In 2012, when severe drought struck more than a third of the U.S., restricted water availability led to power plant failures. When power plants fail, people lose electricity, which means they can’t heat, cool, or light their homes, use appliances, or charge their phones and cars. This may seem inconvenient, but it’s actually dangerous, as we learned during the recent 2021 Texas power crisis. Power plant outages could become an increasingly severe problem as precipitation patterns become unpredictable due to climate change. Before you feel too hopeless, know that there are solutions, and plenty of people working to implement them. More on that later.

On the other side of the tug-o-war rope, water is pulling on energy to provide the heat and electricity required to get it from rivers, lakes, reservoirs, and streams, into filtration systems, and through the pipes in houses, offices, farm irrigation systems, and manufacturing plants. For every purpose fresh water serves us, there are multiple energy-driven steps required to get it from point A (the earth) to point B (us) to point C (back to the earth). Alone, the processes of cleaning water before and after we use it account for about 4% of total electricity use in the U.S. Heating our water is even more energy intensive; more energy is required to heat water for our homes than to light our homes. Did you know that you can save more energy by turning off the sink while you brush your teeth for two minutes than you can by turning off that 60-watt light bulb in your kitchen for five and a half hours? Share that fact next time your roommate, partner, or kid runs the sink unnecessarily. Water doesn’t grow on trees, people! Unfortunately, as climate change causes more droughts, we’ll have to rely on even more energy-intensive means of accessing fresh water like desalination. Let’s talk about why it matters, and what we can do to solve the problem.

Why does it matter?

As we’ve discussed, energy and water security are extremely important for people to live safe and comfortable lives. People simply need the amenities that these resources provide: temperature-regulated homes, working appliances and outlets, clean drinking and cooking water. It is vital that we take a little bit of strain off of the water-energy nexus so that the two systems can keep working together in their perfect game of tug-o-war before one side collapses. Unfortunately, climate change makes things all the more difficult. Intense weather patterns caused by global warming could harm existing water and energy infrastructure like we saw during Hurricane Sandy in 2012. Changes in weather patterns also mean less predictable temperatures and levels of rainfall making it more difficult for power plants to guarantee functionality at all times, as we saw in Texas earlier this year. With increased demand for clean water across the globe comes an increased demand for energy to move and treat that water. Higher temperatures cause more demand for indoor temperature regulation, which increases the demand for water and energy required to cool homes. Let’s talk solutions.

So what’s the solution?

Thankfully, as the problem worsens, strides are being made to reduce the strain on the water-energy nexus. Wind turbines and photovoltaic solar panels (like the ones that go on roofs) do not require water to produce energy, which is awesome. Replacing conventional fossil fuels with those water-free alternatives could help alleviate the strain on the water-energy nexus AND reduce GHG emissions associated with fossil fuels. A technology called dry cooling uses air instead of water to cool boiler steam at power plants, meaning the power plants can give rivers and lakes a break. Closed-cycle cooling systems are being designed to recirculate warm wastewater within power plants, preventing warm power plant wastewater from being dumped into rivers and lakes. The upside of the water-energy nexus is that when we save water, we save energy AND harmful GHG emissions associated with the energy sector. The combination of climate change, population growth, and strained resources leaves us with no choice but to incorporate energy and water efficiency practices into our systems. This one goes out to everyone trying to make that happen.