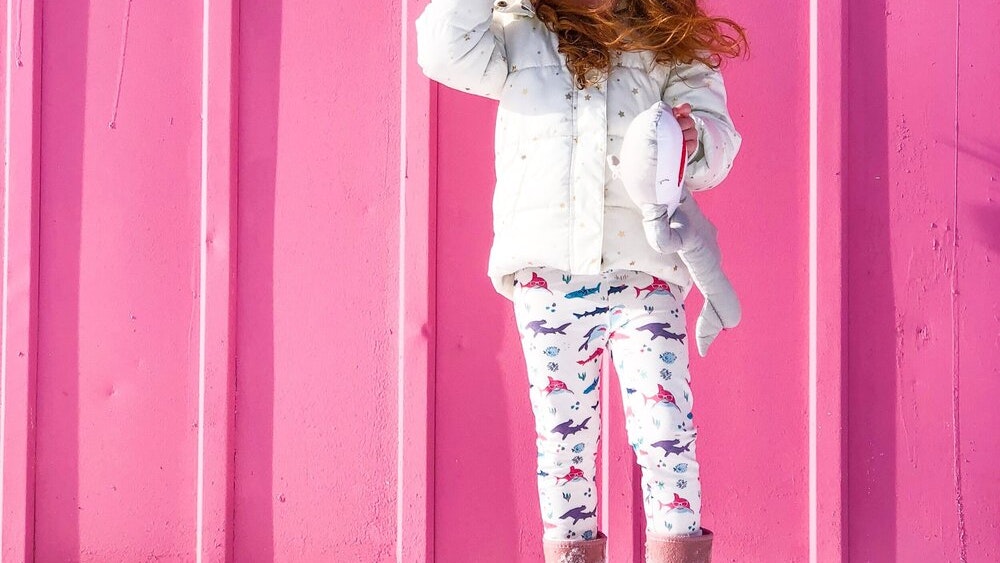 Chicago will always have a special place in my heart. My sister and I once spotted Jane Lynch at the Chicago Polo Bar, which inspired me to audition for American Idol (still waiting for my callback, Simon!).t’s where I met a man named Russell in an elevator who took me to the Cheesecake Factory and asked me if I had gone to etiquette school when I put my napkin on my lap (Russell, thx 4 the memories); and it’s the return address on the best snail mail I receive in my adult life from my pen pal (Hi, Ceels!). While thinking about those pastimes warms my heart, reading about how the temperatures got down to 30 below due to the polar vortex froze my entire body. You don’t have to be POTUS to be confused about how this was a sign of climate change, so let’s do a quick refresher.

What is the polar vortex?

An area of low pressure surrounding the North Pole that keeps the cold air trapped there. It spins to life every winter and typically has a single center, surrounded by a wall of strong winds. This cold air is generally trapped in the Arctic, but when these winds weaken, the walls break down, bringing freezing arctic air south.

What weakened these winds?

The Arctic is warming at a rate twice as fast as the world average. The warming has led to historically low levels of sea ice, creating an ice albedo.

WTF is an ice albedo?

Ice is white and reflective, in contrast to the ocean surface which absorbs heat faster. As the temperature warms, sea ice melts, so the darker ocean absorbs more heat, which causes more ice to melt and there you have a very strong positive feedback loop.

Wait, but back to the Arctic…

Losing a lot of ice in a specific area absorbs a lot of extra heat from the sun. This hot spot, along with other natural changes in the jet stream (also driven by climate change), cause the winds to weaken and the polar vortex to break down. So, the warming at the North Pole actually makes it colder in Chicago.

Meanwhile, the temperature of the debate on climate change in Washington has surely risen after the Queen from Queens and Ed Markey Mark introduced the Green New Deal. While supporters are saying this is long overdue (the last big plan was introduced in 2009), critics have attacked it for its expensive and unrealistic targets. The central takeaway is its emphasis on moving away from fossil fuels to renewables, which requires a major investment. The benefit here is that while addressing climate change, you’d also be allowing for significant job growth. Renewable energy sectors such as solar and wind promise significantly more jobs than would come from, say, the coal industry. Most importantly, the private market has absolutely no incentive to reduce carbon emissions with our current framework, so government intervention is necessary.

Why does the government need to be involved?

For the economy to work efficiently, people who use resources should pay for them. I learned this the hard way from my dad 22 years ago. I ended up in the red in every single lemonade stand I ever had because he made me pay for the supplies! Then I tried to sell lemonade at $5 instead of 25 cents and was the loser with no customers.

The use of carbon presents the same problem. Carbon emissions impose costs on society (pollution, health problems, climate change, etc.). If the people who use carbon don’t have to pay for these costs, carbon appears cheaper, and the manufacturers of solar and wind power systems end up competing against an artificially cheap source of energy. The government has to be the instrument for either making the carbon users pay the real costs of their carbon or subsidizing the “clean energy” providers so that they can compete with an artificially cheap source of energy.

Ok, what do I need to know?

The Green New Deal isn’t a set of programs so much as an umbrella under which various policies might fit, and it would be a massive system upgrade for the economy. The plan itself lays out seven goals, starting with generating 100% of power in the US from renewable sources and updating the country’s power grid. Saikat Chakrabarti, AOC’s chief of staff said, “It’s sort of like the moonshot. When JFK said America was going to the moon, none of the things we needed to get to the moon at that point existed. But we tried and we did it.”

How are we going to shift to renewables, and why haven’t we done so already?

Meeting our energy needs requires new technology and overhauling the grid as we know it. AOC’s proposal would allow for microgrids, self-contained renewable energy generation systems that allow small neighborhoods and hospitals to continue making their own power even if there are disruptions (think: wildfires and other natural disasters). This also requires scaling up North America’s renewables manufacturing sector to produce more solar and wind, which today is sourced largely in China and elsewhere. A successful Green New Deal will also require significant investment in research, development, and manufacturing capacities to decarbonize the difficult-to-decarbonize sectors like airlines and steel.

This sounds great! What’s the problem?

Many argue that the Green New Deal promises to make climate mitigation hugely expensive and will potentially set back climate progress due to partisanship. Replacing our non-renewable energy production with renewable (sun and wind) would cost nearly $3 trillion — almost a full year’s tax revenue — which excludes the cost for operations, maintenance, or new transmission lines. The Green New Deal also prices carbon between $83 and $285 per ton (accounting for the external costs of carbon that the public pays for, like healthcare or droughts). For reference, Obama’s economists put the price of a ton of CO2 at $50. The price is $15 in California, and $6 in New England.

In 2000, Germany started heavily subsidizing renewable energy and by 2017, the share of renewables in German power consumption had risen fivefold. Because these subsidies started when renewable generation was so small, the numbers were reasonable. According to Michael Pahle at the Potsdam Institute for Climate Impact Research, “The priority was spurring innovation to drive down costs. As renewables become larger, cost became much more worrisome.”

Denmark is Skiing A Solution

Denmark is leading the world with wind, producing nearly 60% on renewable energy sources. They got a head start in the 1970s by phasing out coal-fired plants and investing heavily in wind energy. Copenhagen recently built a waste to energy facility that supplies 50,000 homes with electricity and 120,000 households with heating. Neighbors love the Amager Bakke because there’s a ski slope on the roof. This has reduced the country’s energy costs and reliance on oil and gas, while also reducing landfill use and CO2 emissions. By contrast, the US has only 87 trash-burning power plants, all of which were built at least 15 years ago. The reason? Landfills are cheap, and there’s a NIMBY issue.

Now, excuse me while I put my napkin back on my lap and finish my cheesecake.

Got $60? Offset your carbon footprint!

Got 60 minutes? Become a GND Expert

In Case You Missed It:

Why Sustainability Needs To Float Your Business Boat

A version of this article was originally posted in February 2019 on our founder’s blog, which is where Finch got its start.