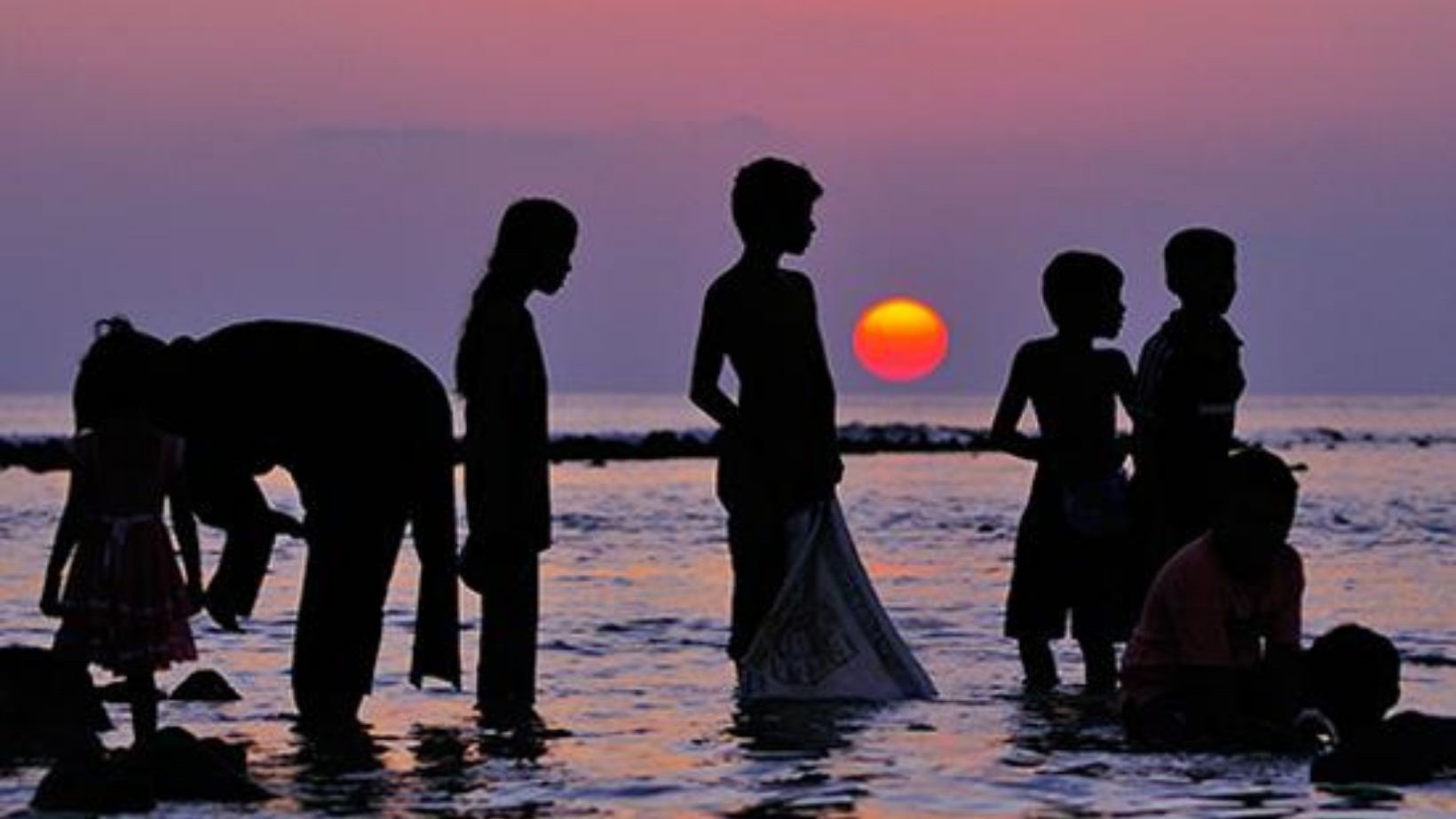 You’re going on a tropical vacation and you have all of your tourism essentials: khaki shorts, floral print button-down, thick white sneakers, and a fanny pack. Maybe these are more 90’s tourist vibes, but aside from your wardrobe, what are the most critical items in your hypothetical carry-on? Your passport, travel insurance, and, most importantly, legal protections.

What if your travel wasn’t protected under the law? What if, rather than a tourist going to the tropics, someone is a forced migrant, fleeing from the associated disasters of climate change? It’s International Day of the Tropics and we’re chatting about climate refugees, specifically these people that are being forced from their homes in the places we think of as paradise.

Chances are, you may never have heard of a climate refugee or might not know what the term refers to. The good news is that it isn’t just because you might have been slacking on your daily...okay, weekly...okay, every once in a while reading of the news. The bad news is you may not know what this term means because there is no internationally accepted definition for “climate refugee.” Let’s get into the semantics of it.

A refugee is a person who crosses an internationally recognized border because of fear of persecution based on race, religion, nationality, social group, or political opinion. Basically, anyone that is marginalized by the dominant societal group and then, for fear of harm, must flee the country. Adding ‘climate’ in front of ‘refugee’ is when it gets sticky. Persons fleeing the adverse effects of climate change often stay within the same country and, because they are fleeing climate change specifically, do not qualify for refugee status under the current definition.

And what do these adverse effects of climate change include? Unfortunately, it includes almost everything from loss of home or shelter, to loss of income or economic stability, to loss of food sources, to loss of public health standards, and more. When these effects happen suddenly, as a result of events like tropical storms and hurricanes, the impact is typically temporary. When these effects happen slowly over time, like from sea-level rise, it’s typically a permanent problem. Although the cause for displacement is varied, the populations of those threatened by the effects of climate change are huge - the IDMC reports that 267 million people have been displaced by natural disasters alone since 2008.

So, what does language have to do with actually addressing this issue? Well, honestly, a lot. Without a collectively agreed-upon definition, there cannot be formal recognition or protection by international law.

When we think about climate change, there is a cyclical nature to the human-to-planet relationship. Humans overconsume and overproduce, which affects the planet’s systems, and then those planetary changes impact people. This cycle of impact, however, is inherently inequitable, meaning that the people experiencing the worst of those adverse effects are the ones contributing the least to the causes. Let’s bring it back to the tropics and take a look at an island nation, also known as a small island developing state, as an example. These independent islands are under the most severe threat of climate change, including sea-level rise, droughts, and coastal erosion. Yet these places contribute to less than 1% of global emissions on average.

While climate refugees aren’t unique to island nations, their experiences there are helpful to understand before you take off on your next tropical holiday. Not too far from one of the hottest honeymoon destinations, Fiji, is the Republic of Kiribati, an island nation in the Pacific Ocean that has become a symbol of the potential impacts of global warming. The UN’s Intergovernmental Panel on Climate Change warned that the island could be uninhabitable by as early as 2030 and completely submerged by 2050. The severity of this situation has been shown in international legal proceedings and one in particular: a 2015 New Zealand Supreme Court case in which the court found that Ioane Teitota, a man fleeing Kiribati and petitioning for refugee status, did not qualify simply because “climate change” was the driving force behind his petition. Ioane is not alone, there are more than 119,000 people that live in Kiribati that will soon be at risk of losing their homes, the fate of which lies in the hands of domestic politics and international policy.

The answer to what to do about the situation is unclear. In 2017, New Zealand considered “experimental humanitarian visas” for Pacific Islander climate refugees. Pacific Islanders, however, had different suggestions. Their asks first included emissions reduction, then adaptation efforts, and finally, migration pathways and protective status. So, as always, this issue is more complex, and solving the problem means more than granting 100 people visas -- it means tackling the problem at the source.

WAIT, SHOULD I CANCEL MY VACATION? I’M STRESSED.

It’s painful to think of these beautiful islands washing away, and heart-wrenching to realize that as they slip into the sea, people will have to upend their lives. The reality is that millions of people are fleeing catastrophic weather-related disasters, rising sea levels, drought, pollution, and other symptoms of anthropogenic climate change all around the world, from Kiribati, to Ethiopia, to California. So what can we do about it?

As we know, addressing climate change is a massive undertaking, but one of the most impactful steps we can take is to reduce our emissions. This can mean small steps, including making educated purchasing decisions (casual Finch plug). It also can mean demanding more from corporations that are contributing the most to the climate crisis and advocating for international policies that protect all people.

And that getaway vacation you’ve been planning? Know that it’s okay and even encouraged to keep that tropical getaway on the books -- Kiribati and other island nations rely on the economic stability from tourism and trade.

Most importantly, though, next time you’re dreaming of the tropics, palm trees and sun included, make sure to think of these folks, too.