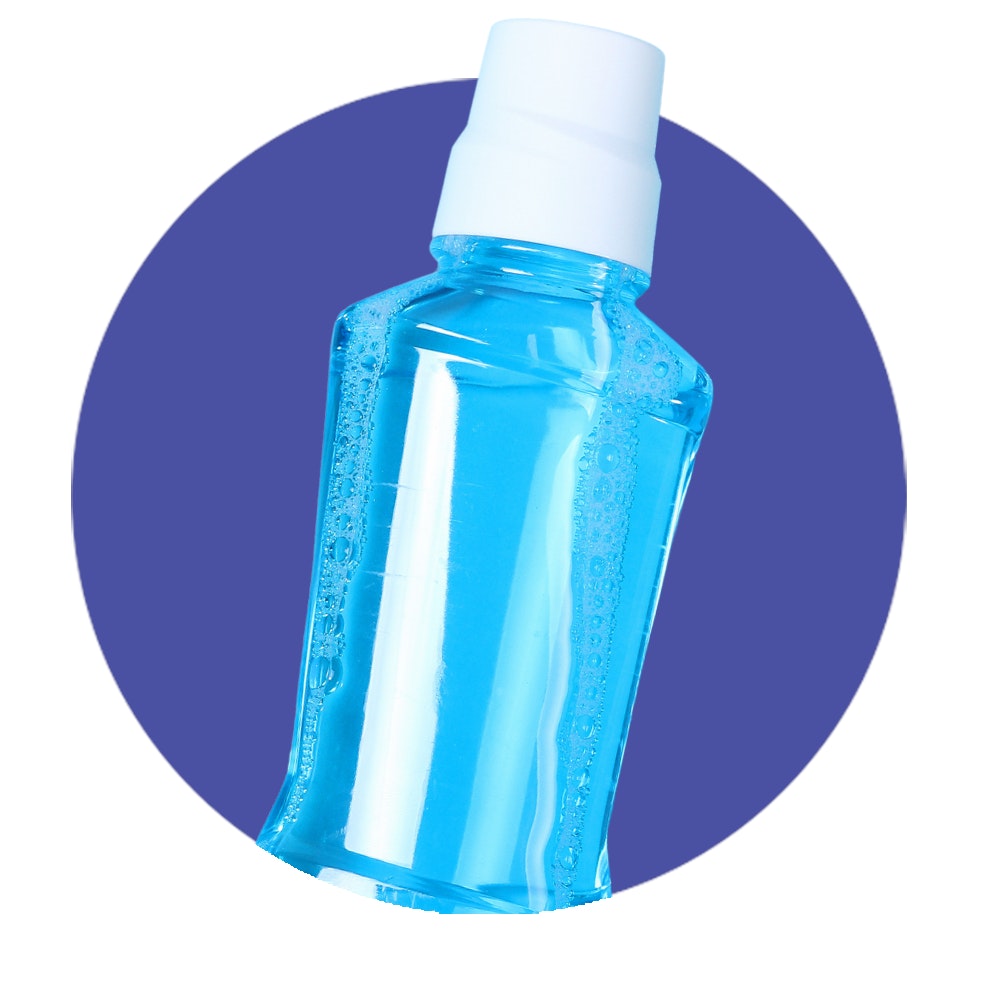 Hey! Now that we’ve gotten your attention with our greenwash-y, SEO-friendly title (thanks, Google), you should know that while there’s no such thing as “eco-friendly” mouthwash, here’s what to be wise on when you’re shopping so you can pick the best option for you, the planet, and the people making your stuff.﻿

While nearly 80% of Americans own manual toothbrushes, 60% of people also find it necessary to buy mouthwash. That’s a LOT of dedication to oral care (and minty breath), but it can come at the cost of environmental, aquatic, and human health.

What to Be Wise On:

Mouthwash formulas can vary greatly, which means the impacts can, too. While their function is simple (destroy bad breath and prevent gingivitis and gum disease), mouthwashes are truly complicated mixtures. They can contain all sorts of controversial ingredients, and the associated packaging can add up to heaps of waste if we’re not careful. When you spit mouthwash out, it might have some unintended consequences down the drain, too, so be mindful of what it’s made of – on the inside and out.

Check out our top-rated mouthwashes

The Factors To Consider:

Mouthwash is made of antibacterial ingredients and flavor enhancers to mask smelly breath and clean between our teeth. One of the more controversial ingredients it may contain is alcohol. If you assume that alcohol is included to kill the bacteria that causes bad breath, you’d be mistaken. The job of alcohol in mouthwash is to disperse other ingredients, like menthol, that create the minty-fresh aroma we crave.

A common alcohol that is used in mouthwash is sodium lauryl sulfate (SLS) because it enables that bubbly sensation that so many enjoy when using mouthwash. While studies have disproved the idea that SLS is a menace to human health, they still concede that it can harm certain forms of aquatic life when we spit it down the drain. Moderate doses of SLS can be less toxic to marine life, but it’s probably best to avoid it altogether if you can.

SLS isn’t the only potential mouthwash menace – there are plenty of other hotly contested ingredients to consider. Next up is fluoride. While it’s been touted for its ability to prevent dental cavities, fluoride has sparked concern, particularly about the effects of overexposure. Too much fluoride can burn cell tissues, impede nerve and cardiac function, and cause cell poisoning. Children under the age of 6 are most prone to acute fluoride toxicity (aka over-ingesting fluoride), so keep your kids away from mouthwashes with fluoride to prevent unnecessary damage. (**We’re not dental hygienists and it’s best to get an expert opinion on the dental health side of things. We’re just here to discuss what sustainability science tells us.**)

While all of this sounds rather concerning, if you keep to the recommended dose of mouthwash, you most likely won’t have negative side effects from fluoride. It’s important to keep in mind that mouthwash isn’t the only place we come in contact with fluoride. It’s also in toothpastes and many community water supplies, so be sure to monitor your exposure to fluoride and decide if it’s necessary to include it in your mouthwash.

The reason your mouthwash might be blue vs. green vs. yellow depends on the color additives used in the product. Common mouthwashes typically use dyes such as FD&C Green No. 3, D&C Yellow No. 10, and FD&C Blue No. 1. According to the FDA, these are all “certifiable” color additives, which means they are primarily derived from petroleum and coal. Aside from the environmental toll – and the unfortunate reminder that our reliance on fossil fuels comes in all shapes and sizes – these color additives have also been linked to teeth staining. If you choose a mouthwash with these dyes, then you may have dental concerns greater than the smell of your breath (we hear people generally don’t approve of yellow teeth…).

One of the main ingredients in mouthwash is water. Water is an important resource to conserve, but in this case, we’re paying attention to water use because it contributes significantly to mouthwash’s carbon footprint. For starters, cleaning and moving water requires energy; so the more water used, the more energy needed…and the higher the emissions.

Plus, water is heavy! Transporting a bottle of mouthwash is going to have a higher environmental toll because emissions will be greater if the product weighs more. This is one reason why concentrated formulas and tablets are exciting innovations. Since these options don’t contain water, they can have much lower transportation-related emissions.

If you buy traditional liquid mouthwash, it’s highly likely that it will come in some form of packaging. Unfortunately, it’s most common to find liquid mouthwash in plastic bottles. Some major brands are taking steps to improve their packaging options. For example, Listerine is planning to launch packaging with post-consumer recycled plastic (PCR) in 2022 and currently uses polyethylene terephthalate (PET), which is highly recyclable (ok, recycling rates in the U.S. are sadly declining, but we’re still taking a hopeful outlook). Using recycled plastic can cut emissions by as much as 71%, so look out for recycled materials in your mouthwash packaging to reduce its environmental impact.

While brushing your teeth and flossing regularly can usually handle bad breath and bacteria, some will still prefer the action of swishing minty fresh mouthwash to bust up the stink. If you count yourself amongst that group, make sure you’re aware of the ingredients, especially alcohol and fluoride, and avoid virgin plastic packaging when you can. Some of the best alternatives today include mouthwash tablets because they use less water, require less packaging, and weigh less than the average mouthwash bottle, which cuts back on emissions associated with shipping.

Common Questions We Get

To use a mouthwash tablet, you’ll need to dissolve it in water or take a sip of some after you’ve popped the tablet in your mouth. Some say that mouthwash tablets may have a better distribution of ingredients than liquid mouthwash since each tablet is carefully formulated to have that perfect combination. But, do they work? Well, from what we can tell, there isn’t any reason to believe that they don’t. One of their main ingredients is sodium bicarbonate (basically baking soda) which can disinfect your mouth while freshening your breath.

It depends on where you live, but, in theory, yes! In fact, if you read our section on ‘Packaging’ then you’ll recall that most mouthwash bottles are made from PET, a highly recyclable plastic. Two things to note: (1) Not every municipal recycling program will accept all types of plastic; and (2) You might have to separate the cap from the bottle when you send it to recycling because it’s common for them to be made of different plastics and need separate recycling streams. Check your city’s guidelines to see if they will accept it, otherwise you might be able to send it in through alternative recycling programs, like Terracycle’s zero-waste oral care box.