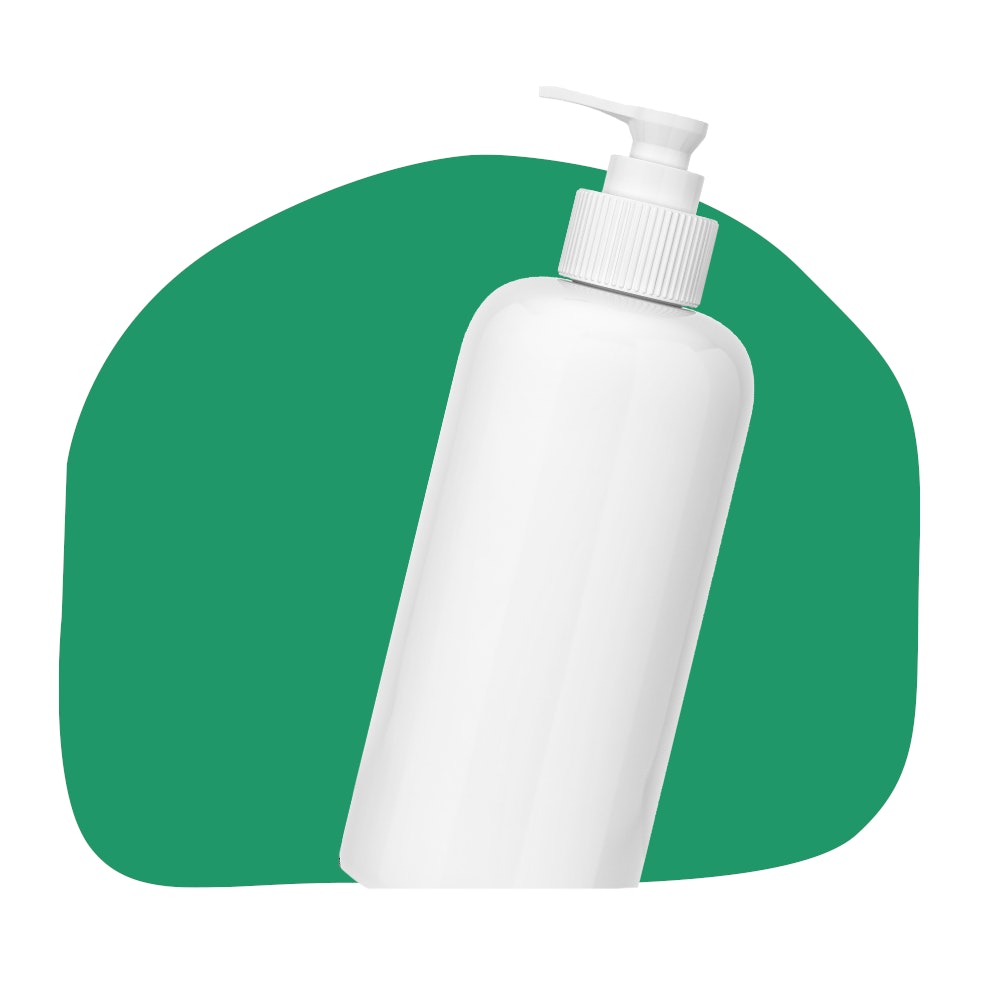 Hey! Now that we’ve gotten your attention with our greenwash-y, SEO-friendly title (thanks, Google), you should know that while there’s no such thing as “eco-friendly” lotion, here’s what to be wise on when you’re shopping so you can pick the best option for you, the planet, and the people making your stuff.﻿

﻿Though many of us use lotion daily, you might be surprised to learn about the actual scale of the industry. The global Moisturizing Cream Market is expected to garner about $18.4 billion by the end of 2024 with a healthy growth rate of 4.2% as people become increasingly focused on health, wellness, and skin concerns. That’s a lot of lotion. What’s it made of, and what are the associated impacts?

There are a few different types of lotions that are named based on the ingredients they contain and the functions of those ingredients. Chances are, if you use lotion, you’re using one of the two most popular: emollients and occlusives. Emollients, like shea butter, palm oil, and coconut oil, help smooth, soften, and repair cracks in the skin. Occlusives such as petrolatum are thicker than emollients (you’ll know what we’re talking about if you’ve ever used Vaseline) and serve as a physical barrier to help prevent water loss from the skin’s surface. They both serve an important purpose in keeping the skin moisturized and healthy.

Good news first: we LOVE shea butter! Shea butter comes from nuts that grow on karité trees in Guinea, Senegal, Uganda, and South Sudan, and for centuries has been called “women’s gold” because it provides employment to millions of women across Africa. Shea butter is versatile in cooking and cosmetics, and in the last decade has become popular for its effective moisturizing properties. It is estimated that shea butter exports from West Africa bring in between $90 to $200 million a year. We’re all about supporting this trade.

Alright, now the bad news… palm oil is awful for deforestation, biodiversity, and indigenous peoples in the Amazon. If there’s one thing to avoid, this is it. As huge swaths of the Amazon rainforest are cleared to make room for palm oil plantations, the environment, animals, and indigenous people suffer. The fact that palm plantations are called “green deserts'' tells you everything you need to know about their impact on soil health. Indigenous people lose the ability to control their food supplies as they cannot hunt and gather traditional foods in areas where the forest has been destroyed, and they suffer side effects such as headaches, digestive, and skin irritations from exposure to pesticides used on the plantations.

We know that palm oil is bad… but how does coconut oil compare? For the past year, this has been a hotly debated topic in reaction to a 2020 study arguing that coconut oil poses a five times greater threat to biodiversity than palm oil does. Ultimately, there are studies on both sides of the argument that seem to prove each side’s case. It’s hard to say for sure which is “worse” due to a variety of factors, such as the fact that coconut palms are often planted with other crops, so it’s difficult to determine the harm that the coconut palm causes compared to the harm caused by other nearby crops.

This is all to say that it’s really hard to tell how much of an impact coconut oil has on biodiversity, but it’s easy to understand that it does in fact have a significant impact. Consumer perception is a bit skewed here -- people generally tend to think coconut products are a “better” option. It’s important to know that even if this is a “better” choice than palm oil, it isn’t the best option out there.

Petrolatum is a waxy, jelly substance that is derived from crude oil. Vaseline is 100% petroleum jelly, so if you’ve ever used that you can probably recall the texture. Petrolatum is cheap, abundant, and considered to be safe for human use, which is why it’s so prevalent in cosmetics and personal care products. We personally don’t love the idea of slathering our bodies with a lotion derived from crude oil, but it isn’t necessary to avoid it like the plague. After all, tons of stuff in our homes and on our bodies is derived from crude oil. Those polyester yoga pants, for example, or your plastic water filter. At the end of the day, petroleum jelly is such a small byproduct of the crude oil industry, it’s not making a dent in our overall use of fossil fuels. This one’s a matter of personal preference.

Fair Trade prioritizes the people and the planet by working on the ground with suppliers to ensure that farmers making Fair Trade Certified products work in safe conditions, protect the environment, and earn additional money to empower their communities. Look for this certification when shopping for shea butter and coconut oil lotions.

The Rainforest Alliance uses social and market forces to protect rainforests and improve the lives of farmers and forest communities. Look for their green frog logo on shea butter and coconut oil lotions.

Leaping Bunny is the most stringent animal rights standard that guarantees no ingredients or components of certified products were tested on animals.

PETA offers a searchable database of companies that do and don’t test their products on animals. Search here to ensure you’re not buying personal care products that are tested on animals.

There isn’t really any such thing as “sustainable” palm oil, so we really do recommend avoiding that one altogether. Petroleum jelly is not our fav, but proceed if you wish. If you’re going to go for coconut oil, try to find one with the Fair Trade and/or Rainforest Alliance certifications. Shea butter is our favorite lotion, especially if it is Fair Trade or Rainforest Alliance certified.