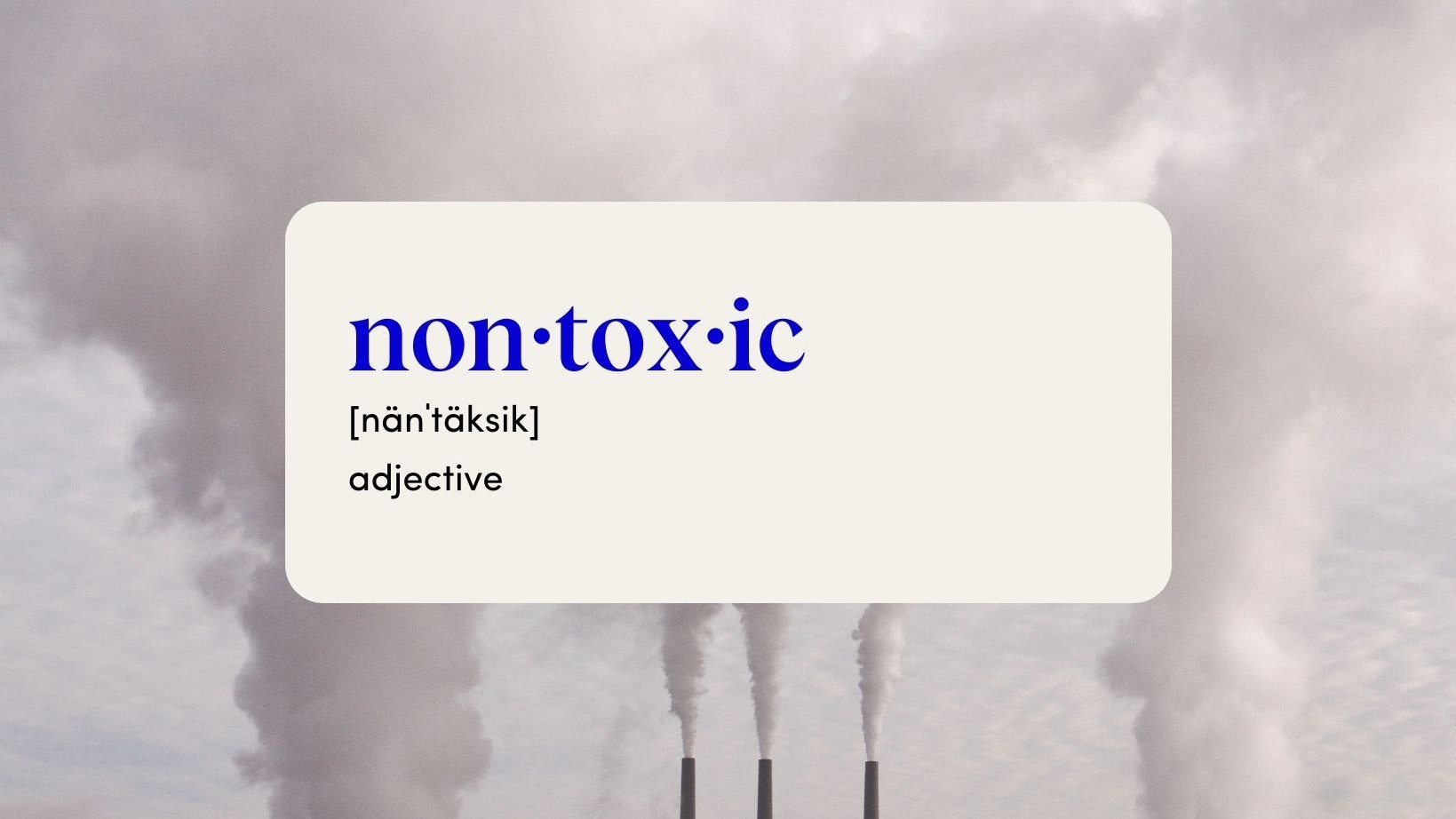 HOW DO YOU DEFINE NON-TOXIC?

To be honest, ‘non-toxic’ doesn’t actually mean much of anything. In fact, no chemical or material is purely “non-toxic”. Instead of saying “non-toxic”, scientists will determine whether something is NOAEL (aka it has ‘No Observed Adverse Effect Level’). The NOAEL is the highest amount of a chemical an organism can be exposed to before it begins showing some sort of toxic response, like getting sick or developing a rash.

Is it regulated? Nope.

Does Finch use it? Never.

Want a memory trick? Think about ‘non-toxic’ bug spray and remember that everything can be toxic at a high enough dose.

CAN A PRODUCT BE NON-TOXIC?

Over 500 years ago, the “father of toxicology”, Swiss scientist Paracelus, coined the famous phrase, “the dose makes the poison”. In other words, everything, even water and air, can be toxic at a high enough dose. Also, just because something isn’t toxic for humans, doesn’t mean it’s not horrible for the environment and/or other species, and vice versa. Think: “non-toxic” bug spray. A product that has the job of killing organisms is, like, inherently toxic, even if it isn’t to you…

Another example: let’s say we have two different laundry detergents, A and B. A is more toxic than B because it contains a human carcinogen that does not readily biodegrade in the environment. B is less toxic than A because it doesn’t contain this carcinogen, and has fewer ingredients that have high aquatic toxicity concerns.

IS THE TERM ‘NON-TOXIC’ REGULATED?

It's pretty rare for toxicologists and other scientists to use the phrase when describing chemicals. While the US Federal Trade Commission Green Guides try to limit false claims of “non-toxic” products, they do not fully define what makes a chemical or product “non-toxic” because of how difficult that is to do (see above). The Green Guides are also not actually a law, so regulating false claims of “non-toxic” materials is extremely challenging...and rarely done.

HOW DOES FINCH USE THE TERM ‘NON-TOXIC’?

Sike, we don’t! We’re pretty mindful of greenwashing, and we’re not afraid to call it out when we see it. At Finch, you’ll see us make comparisons between the toxicity levels of different products to empower you to make informed decisions, but we won’t ever call a product non-toxic. Instead, we can compare relative toxicity to make choices about what we’re purchasing and using. Aka, something is either “more toxic” or “less toxic” than another chemical counterpart — that’s how scientists think about it, so that’s what we do, too.

WHAT SHOULD YOU DO IF A PRODUCT SAYS IT IS “NON-TOXIC”?

The term “non-toxic” isn’t purely greenwashing, but it also isn’t purely scientific. There can be scientific truth to the term, especially when it is attached to a known NOAEL value. Unfortunately, the term has become widely overused because of greenwashing, regulation challenges, and a lack of scientific agreement on whether something can actually be non-toxic.

We suggest being on the lookout for products that overtly claim that they’re “non-toxic” without any other back-up.  As a starting point, try to figure out what specific ingredients they’re referring to, what the recommended dose is, and what organism it’s supposed to be non-toxic to.

Confused? Take a look at our Wise Guides for help.