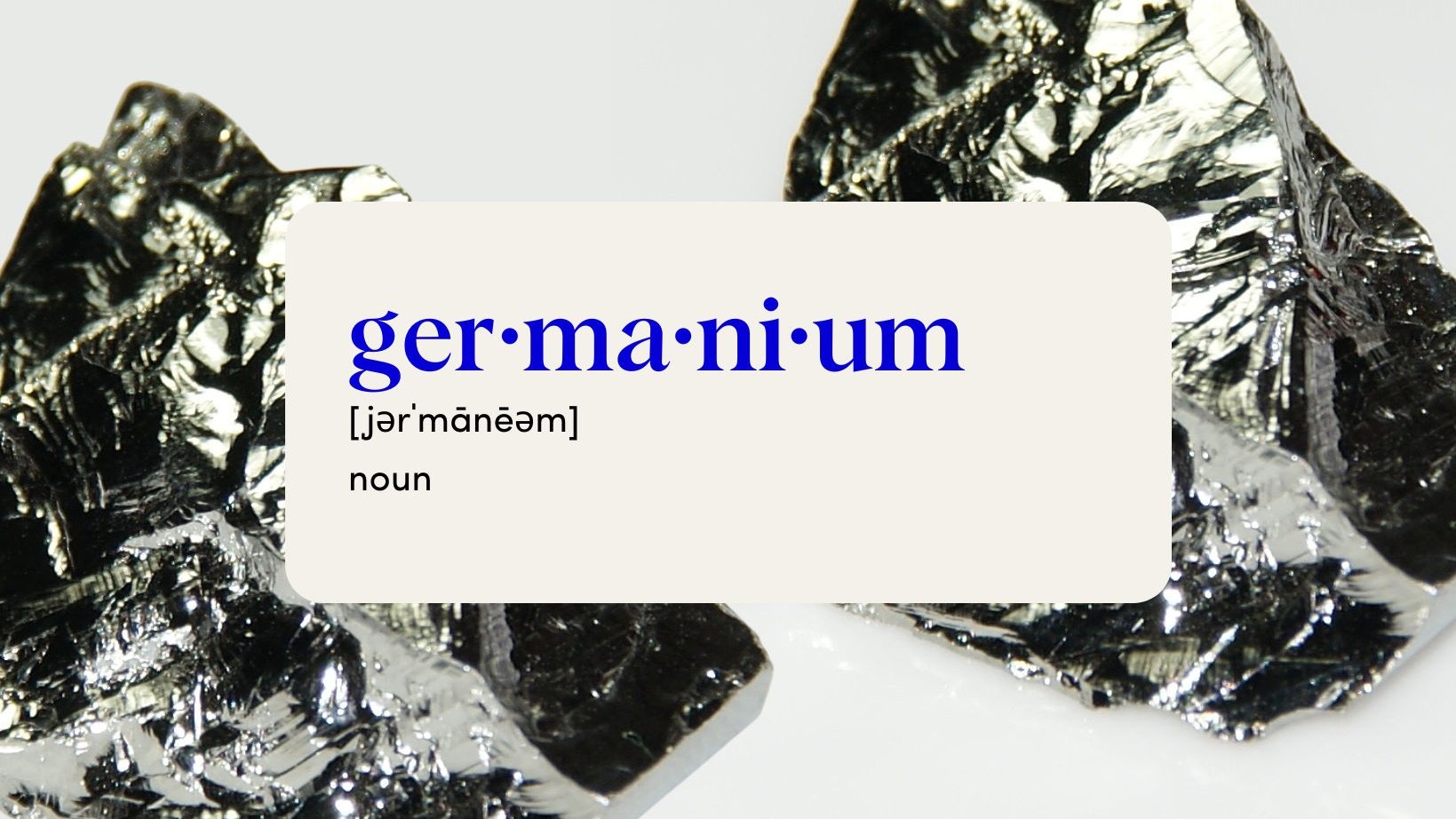 This silvery-gray metalloid is a chemical element found as a trace metal in various mineral and ore deposits. It does not occur in its elemental state in nature because germanium is so reactive. Once mined, however, it has properties of both metals and nonmetals, and has become an essential raw material for the semiconductor industry.

Want a hot take? While Germanium itself is relatively safe to touch or breathe in, the process by which it is obtained is not very safe for the miners who are extracting this element.

Even though germanium is fairly safe for end-consumers, it is commonly found in lead-containing deposits, which means that miners hired to extract it could be exposed to a known neurotoxin, which could also find its way into the surrounding soil and water. Yikes. In addition, to extract an element like germanium from various deposits, it takes a large amount of strong acids and bases, leading to a huge stockpile of chemical wastes. These chemical wastes find their way into the environment in many ways and are not regulated by the EPA, which makes them even more dangerous. While germanium itself is nothing to worry about in small amounts in our phones and computers, the environmental and health impacts associated with its extraction are not to be taken lightly.

What kind of products are made with Germanium?

Germanium is used as a semiconductor in thousands of electronics because it has some seemingly magical electrical properties that enable it to serve as a solid foundation for computers, phones, and other electronic devices. Luckily, there have been concerted efforts, especially in the U.S., to limit direct exposure to harmful materials that will end up in our electronics, and nanotechnology scientists and Green Chemists are working to replace hazardous materials with safer ones.

There are no certifications specific to germanium, which means it’s difficult to tell which electronics are built with it and which companies may contribute to harmful working conditions for miners. We’re all in for some more traceability in the electronics industry…how about you?