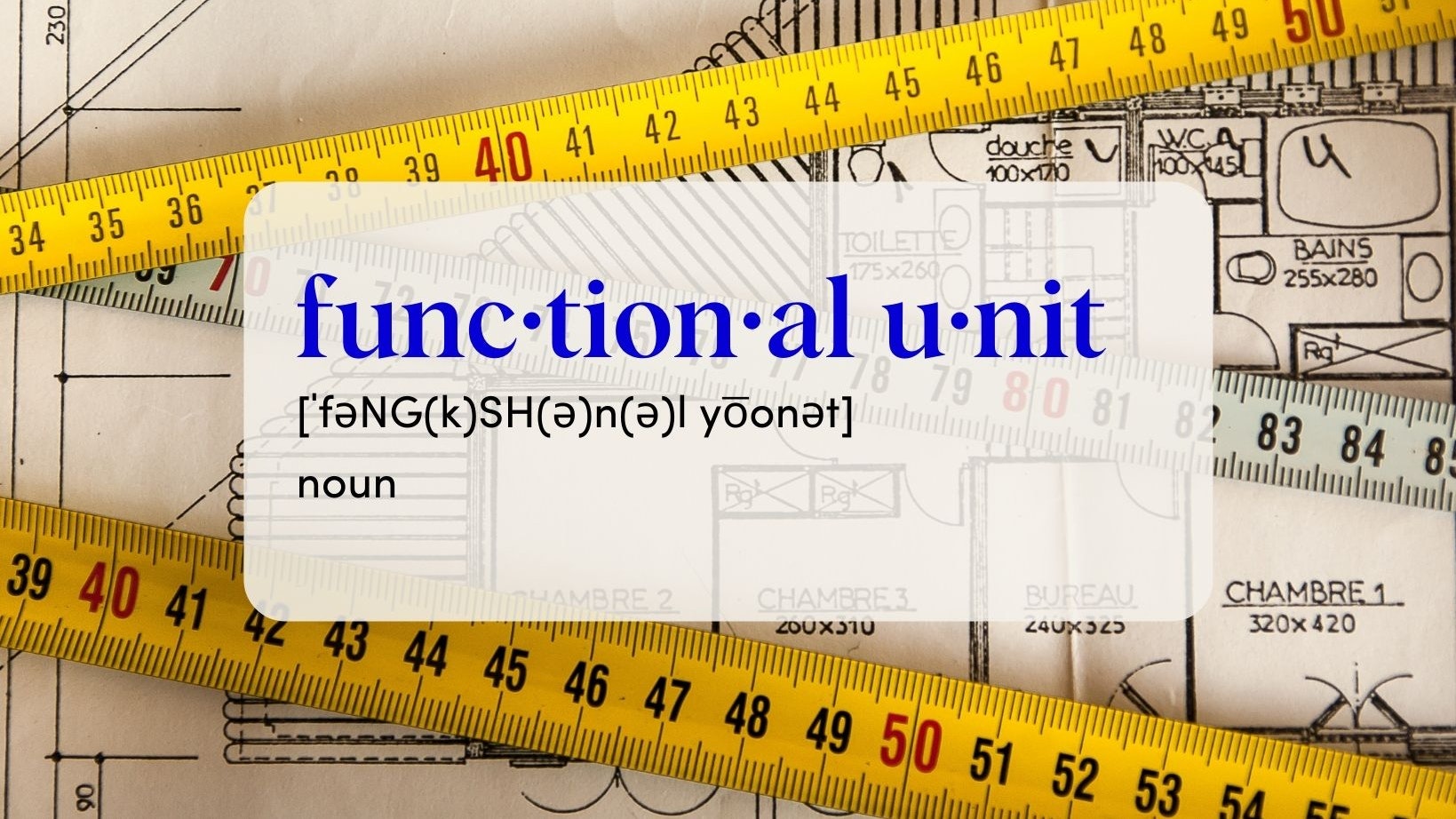 How Do You Define ‘Functional Unit’?

Most simply put, a functional unit (FU) is a unit of measurement upon which you can compare things that serve the same function. A FU could be one outcome, like a load of clean laundry, or a metric unit, like an ounce.

It’s basically like finding the common denominator between different items and creating a standardized unit for that denominator, so that it’s easier to understand how the two different items compare. FUs are necessary for things like Life Cycle Assessments that compare multiple different products that serve the same purpose (if you need a refresher on LCAs, check out our previous glossary entry).

Is it regulated? Kind of. Different standards are used to create reliable FUs, like the International Organization for Standardization (ISO) or the Environmental Product Declaration (EPD). The former is used by companies, government, and academia, and the latter is typically used just by companies.

Does Finch use it? Yes! It’s kind of behind the scenes though. If we mention an LCA, there was a FU used in that evaluation.

Want a memory trick? Think about how apples and oranges are both for eating. The purpose of the FU is to measure the function of different products or items – or literally to compare apples to oranges.

What are some examples of functional units?

We’re going to be honest: FUs are kind of a doozy to wrap your head around, but super important (and interesting!) once you understand them.

Let’s first talk about paper towels and hand dryers, for example. What is the function of these two products? Effectively, to end up with a pair of dry hands. That said, how they get our hands dry is drastically different. On one hand, paper towels use paper, which has a whole slew of environmental impacts associated with forestry and water use. On the other hand, hand dryers use heated air, so they have a very different set of environmental impacts that are associated with electricity. FUs are valuable because the impacts of paper towels are almost entirely from the Manufacturing phase, while most of the impacts from hand dryers come from the Use phase. The FU is the basis by which we can compare those two different parts of the life cycle as well. This standardized unit of function, in this case, one pair of dry hands, allows us to more directly compare the environmental impacts of two very different product categories instead of, say, measuring one paper towel against one hand dryer.

Another example would be if we looked at laundry detergents: looking at one concentrated formula and one ‘normal’ formula. What is the function of each? Effectively, to get a load of clean laundry or, more specifically perhaps, 10 pairs of clean jeans. We’d ask, how much of the concentrated detergent or the normal one would get us to the desired outcome…and then we’d compare the environmental impacts of those inputs.

Can you still have a functional unit if something is multifunctional?

An important question…let’s take, for example, an iPhone. Its function varies from communications device to entertainment platform to a variety of other possible uses (...without launching into an advertisement for Apple). When a product serves multiple functions, you should determine which function you’re interested in evaluating. If you’re comparing a phone to a notebook, the FU could be the number of notes taken on both. Or, if you’re comparing a phone to a speaker, it could be the number of hours of music played. Either way, you’re measuring the impact of a specific function.

Are all functional units reliable?

All FUs are part of LCAs as the quantified descriptor of the product or item, but, as we discussed with LCAs, varied boundaries can be used (like a difference in requirements or guidelines). This can change the results of the LCA. Similarly, if we were to compare a paper towel to a kitchen towel, and then a paper towel to a napkin, we could subjectively decide the function of each. Are we measuring the clean-up of spills or the drying of hands? This can change the way we understand the environmental impacts of each. When evaluating an LCA, it’s really important to make sure the function is clearly defined.

The good news is that there are standards in place to provide guidance for how to develop an effective and reliable FU – like the EPD, which puts out product descriptions to standardize FUs for different categories. The EPD tells us to set a limit for a specified number of uses, and then divide the impact across the number of times something is used (this is partially why reusing products is a great way to minimize your impact!).

TLDR: functional units are used to compare the environmental impact of different products that serve the same purpose.