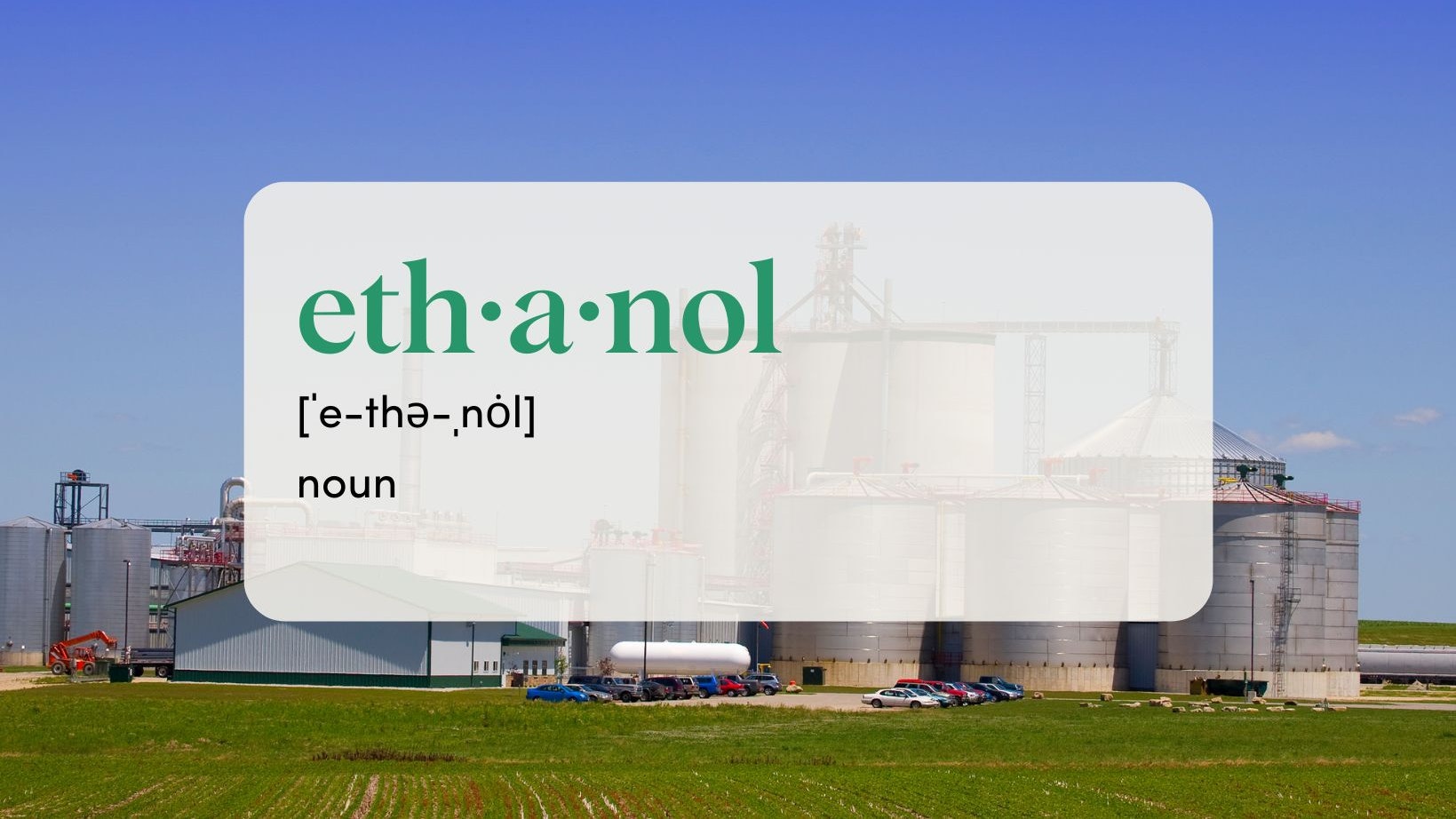 Ethanol is a flammable, colorless liquid produced by the natural fermentation of sugars. By volume, it is one of the most prevalent organic chemical compounds used in both industrial and consumer products. It is used as a “middle-man” and as a solvent in industrial processes, in the manufacturing of drugs, cosmetics, and plastics, and it is an increasingly prevalent renewable fuel.

Want a hot take? Ethanol has widely been perceived as the “environmentally-friendly” fuel option, but recent studies show that’s a pretty overblown statement. Ethanol production has actually driven large-scale farming of corn and sugarcane, which produces large amounts of carbon emissions (more on that later).

Ethanol is seen as a cost-effective and renewable fuel since the manufacturing of ethanol involves the fermentation of carbohydrates from sugar, corn, and other plant materials (the same process used to create alcoholic beverages) and the hydration of ethylene, whereby ethanol is produced by a reversible exothermic reaction between ethylene and water vapor (feel free to learn more here). In theory, its production and use could have environmental benefits since the carbon dioxide released as ethanol is offset by the carbon dioxide captured when crops are grown to produce ethanol. This makes ethanol an appealing fuel alternative compared to gasoline and diesel, whose emissions are clearly not offset when burned.

However, as industries turn to ethanol as a more “sustainable” fuel option, there has been an increase in mass farming of corn and sugarcane products to meet rising demands. Current monocropping and industrial farming practices pose an environmental threat – sugar-cane fields are burned to make harvesting easier, large quantities of water and harmful fertilizers are required to produce successful batches, and more. It is important to keep in mind that while ethanol might be a “better” alternative than gasoline, it is not a perfect solution.

Still need convincing? Ethanol is also highly flammable and its hazardous potential for electrocution and ignition during transportation and cross-docking is high. Exposure to ethanol spills can also result in headaches, as well as eye and respiratory system irritation. Chronic human exposure to ethanol poses the same effects as with alcohol and has been identified as carcinogenic, though long-term exposure is unlikely due to how quickly ethanol degrades in the atmosphere.

What kind of products are made with ethanol?

Ethanol is found in a wide range of consumer goods. It is a common ingredient in cosmetic and beauty products as an astringent to clean skin, a preservative in lotions to prevent ingredient separation, and more. In paints, lacquers, and varnish, ethanol makes an effective solvent since it mixes easily with water and many other organic compounds. Additionally, many hand sanitizers rely on ethanol’s bacteria, virus, and fungi-killing properties.

Ethanol’s most commonly known role is in the fuel industry – it is found in more than 98% of gasoline in the U.S.

Yes, both in the manufacturing process and in consumer goods.

Alcohol Fuels Not So Green

US Corn Based Ethanol Worse Than Gasoline