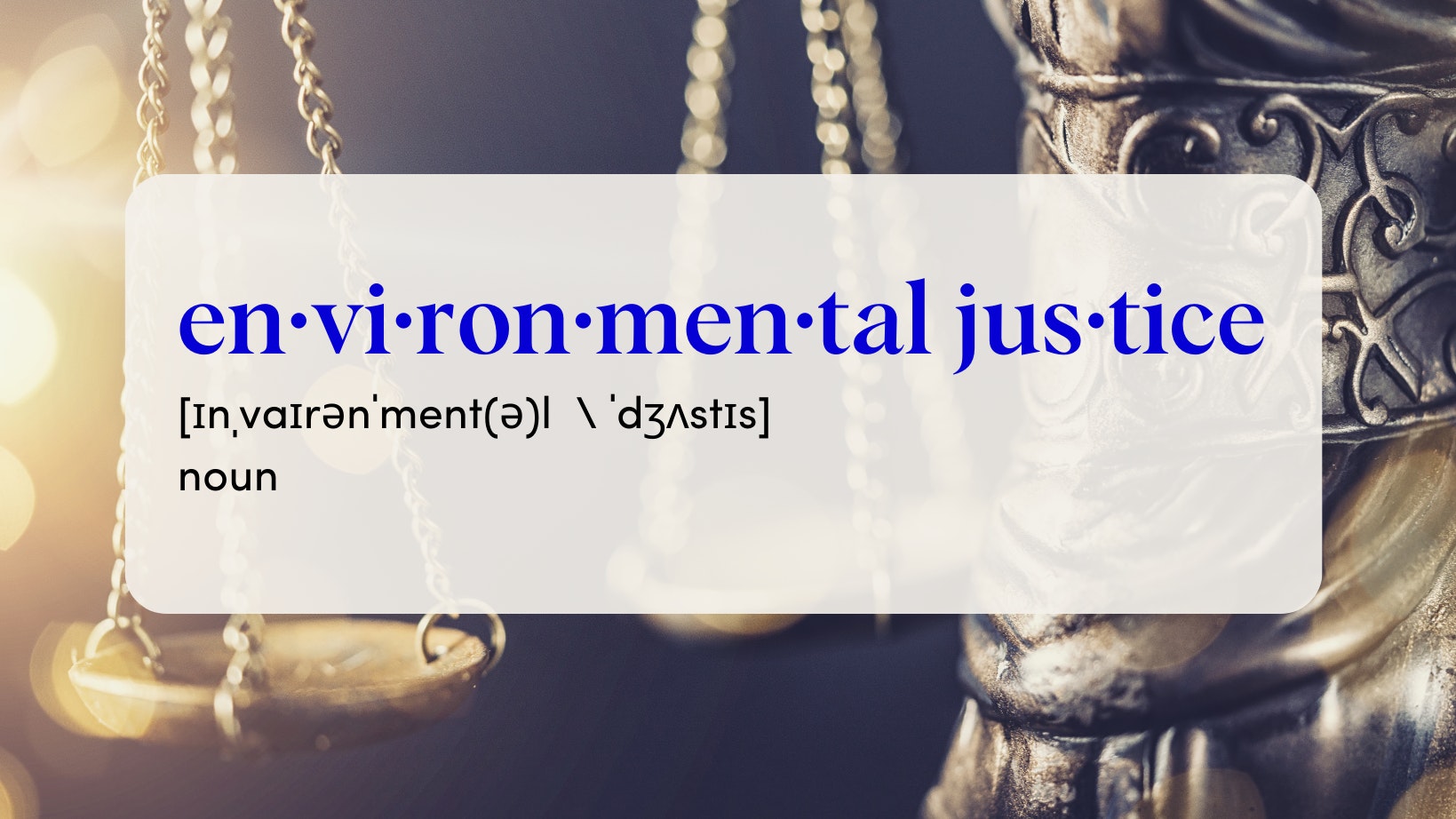 The EPA defines environmental justice as “the fair treatment and meaningful involvement of all people regardless of race, color, national origin, or income, with respect to the development, implementation, and enforcement of environmental laws, regulations, and policies.” For context, let’s remember that people and the planet are inextricably linked and, essentially, that what’s good for people is good for the planet, and vice versa. When it comes to justice, though, it’s a little bit more nuanced. Historically marginalized communities have disproportionately experienced the burden of climate change, while also experiencing government disenfranchisement and social oppression. So, environmental justice doesn’t just require addressing the climate crisis, but also the liberation of historically marginalized groups.

Is it regulated? Nope, and oftentimes when claims of environmental justice are made, it doesn’t actually include doing the work of centering the most vulnerable.

Does Finch use it? Yes – but only to explain where we’re going, not where we are now. More on this below.

How does Finch use the term ‘Environmental Justice’?

At Finch, we’re all about using the words and language that provide clarity, rather than those that make us look good. So, when we talk about environmental justice, it’s as a goal to move towards rather than where we are now. Right now, we won’t use environmental justice to describe our policies and practices because we still have a long, long way to go . We do, however, use it to create context around the intersectionality of sustainability, and the disproportionate impact climate change has on vulnerable communities. You’ll see it show up, for example, when we talk about Martin Luther King Jr.’s work.

What should you do if a company says it is committed to ‘Environmental Justice’?

Take a closer look. When brands say that they are “committed” to initiatives, causes, or movements, it often means that they care about those things, but might only be centering, or even just involving, marginalized communities in some of their initiatives. It could also mean that they’re contributing dollars or resources to climate-oriented endeavors led by other organizations. Why? Because environmental justice is not really attainable in a capitalist framework that way it currently exists. That doesn’t mean we can’t make tangible, real-world impacts on the lives of historically marginalized people or work towards mitigating the effects of the climate crisis. What it does mean, though, is that real, true justice is not yet attainable, because if we’re not all free, then none of us are free.