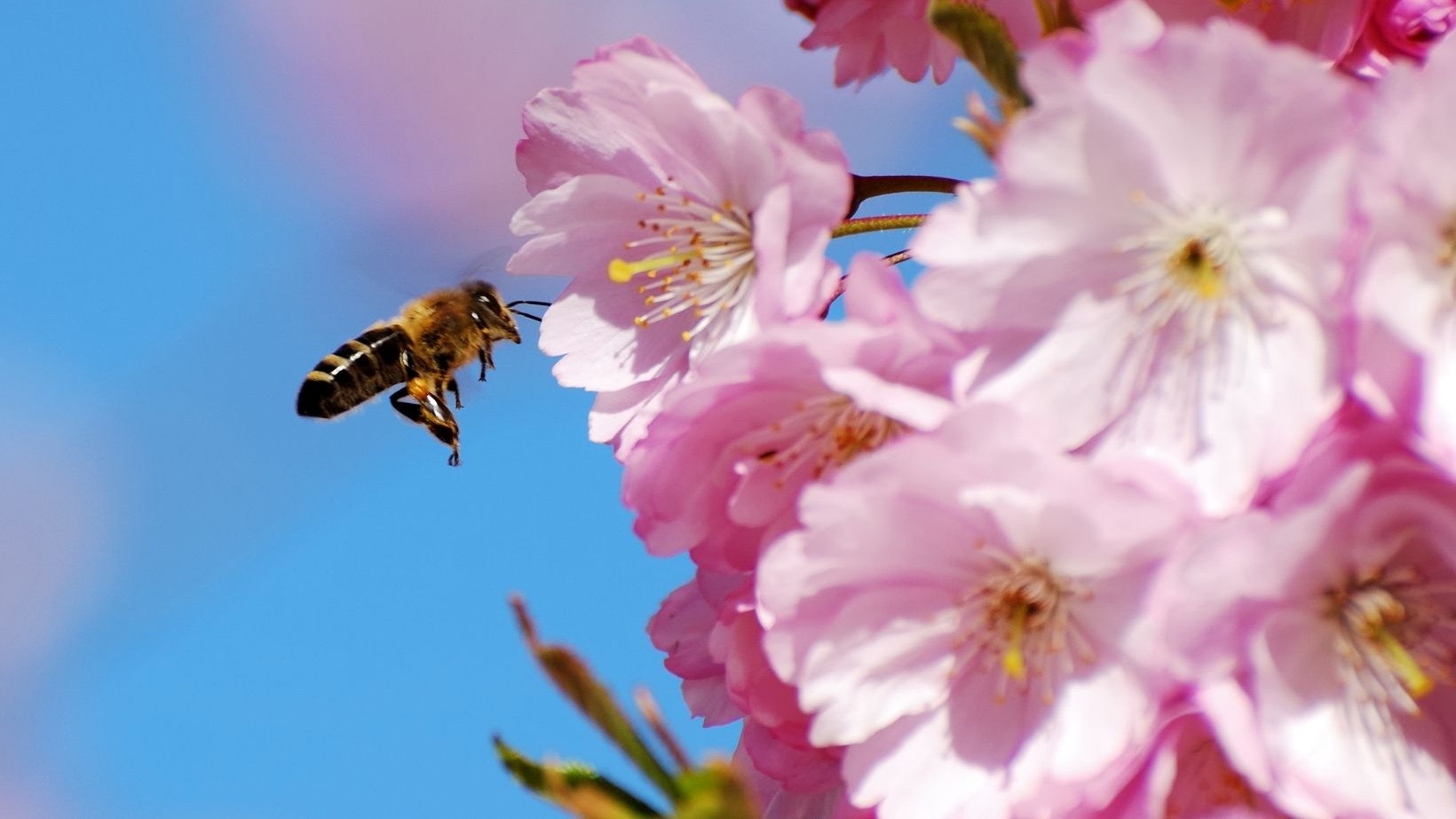 Class is in session, and it’s quiz time! Who remembers the ‘Our Living Planet’ unit from 7th grade-science class? When the substitute teacher played VHS tapes with The-Land-Before-Time-style narration? No one? Just us? Okay, let’s do some review and refresh our memories...what is biodiversity?

One of the reasons you may not remember every scene from that VHS flick is because there are so many things to consider when talking about biodiversity broadly. The breadth and complexity of biodiversity make it a struggle to conceptualize, but at its most basic level, biodiversity refers to the vast variety of life on this giant rock hurtling through space that we call home. We’re talking about everything from genes, to species, and to physical environments, or ecosystems, and the ways that these different elements interact with each other. Though we can’t be entirely sure, scientists estimate that there are 8.7 million different species of plants and animals...and we only know about ⅛ of them. This is all to say that the biodiversity of planet earth is expansive, and takes your mom’s ‘everyone is a special snowflake’ thing to a whole new level.

At its core, biodiversity is also predicated on the intrinsic value of every living thing simply because it is part of a complex web of broader ecosystem services. We’re talking about such immense interconnected systems that we, as humans, have difficulty computing. In other words, all living things have value as means within themselves, rather than their value being derived as a means to an end. As humans, we often look for the utility in things as they relate to our own needs. When we say bees have value, it’s not only because they produce honey that eventually ends up in our yogurt parfaits, but because they exist in a system that is delicately balanced and requires their existence to maintain its equilibrium.

Since we’re sure you were ready to ask about bees because bees = biodiversity for some reason, let’s stop buzzing around the bush and get right into it. What’s the first thing that comes to mind? Maybe some memories of those tiny yellow and black fuzzy guys that stung you in the summer as a child. They’re annoying and small, and what do they really do anyway? To put it simply, if bees die, the world dies. And, unfortunately, the trajectory for bees hasn’t been looking too hot lately. While your younger self that can still feel that bee sting might feel vindicated by this, the bee situation is a reflection of what is happening to our planet on a larger scale, and it’s not just hive talk.

Consider this an open mic on the secret life of bees (shoutout Sue Monk Kidd), biodiversity, and what it means to be right here, right now, on the brink of the sixth mass extinction. Keep in mind we’re just dipping a toe into the biodiversity encyclopedia.

SO, WHAT’S THE DEAL WITH BEES?

Besides making delicious, natural sweeteners, bees are integral to supporting the Earth’s systems through pollination, a service used to maintain biodiversity and the stability of ecosystems. How does this work, you ask? It’s actually pretty interesting – bees help plants reproduce, but in a cool, semi-doula, not in a Handmaiden’s Tale, kind of way. As they buzz from plant to plant, bees transfer pollen from the stamen, or anthers, to pistil, the respective male and female organs of flowering plants. Upon landing, the little hairs on their fuzzy bodies attract pollen grains. Electrostatic forces keep the pollen in place, kind of like when we used to (or still do) rub balloons on our heads to make our hair stick up. Pollination is hard work, and plants recognize this. They create nectar, a mixture of water and sugars, to attract bees. And the trademark buzzing of bees? What you’re hearing is a bee holding on to an anther, then shaking, jiving, and buzzing to get the pollen out of the plants.

Although bees might be the most famous pollinators, others include birds, bats, butterflies, moths, flies, beetles, wasps, and more. This relationship between plants and pollinators is also reciprocal – plants get the reproduce and blooming plants provide needed sustenance for pollinators in the spring after their long winter hibernation.

Bees are involved in balancing ecosystems more generally, too, including supporting clean air, stable soils and erosion prevention, and increased carbon sequestration (it’s a Carbon Party!). Bees are also effectively the Earth’s thermometer, in that when bees are out of whack there is something seriously wrong...and bees are dropping like flies (no insect pun intended).

That’s all well and good, but let’s be real – we are human and we like to know how this benefits us. Fair. The reciprocity between pollinators, like bees, and their broader ecosystems is a core factor in the success of agriculture and food systems. It’s estimated that wild pollinators alone provide half of the crop pollination services worldwide, which doesn’t include domesticated, non-native honey bees. It’s estimated that between 75% and 95% of flowering plants need help with pollination and around 80% of U.S. crops are dependent on honey bees, including nuts.

Think of a gorgeous salad from one of those pretty expensive, but also so good faux-fast-food salad stores. In this story, you're balling out and getting all the toppings. We're talking avocado, tomatoes, strawberries, roasted squash, cucumber, and almonds for some crunch. Alfalfa too, because you read it has all the micro-nutrients you need, and mozzarella because you deserve it. You’re topping it off with a drizzle of oil and lemon. Yum. And who are you thanking for this delicious salad, besides yourself? Bees. Bees made that entire salad possible.

Veggies? Thanks, bees. The alfalfa and dairy? Bees pollinate clover and alfalfa, which are fed to dairy cows. Bees are also responsible for citrus fruit pollination and ½ of the world’s oils, so no dressing without these little guys. The main takeaway? One out of every three bites of food we eat is because of pollinators.

In a horrifying yet unsurprising turn of events, our species is at it again with some pretty disastrous behaviors that are putting everything at risk. Experts explain this as effectively “burning the library of life.” And this isn’t just about bees - we are impinging on the viability of all biodiversity.

This is less about each of us individually, and more that human population growth and unsustainable resource use are to blame. The world population increased sevenfold from 1800 to today, now hitting around 7.7 billion people. It’s hard to conceptualize a number that large; so think about a normal orange and then think about how many oranges it would take to fill MetLife stadium to its brim eight times… that’s roughly how many people are the planet. And we’re growing exponentially because of increased life expectancy, decreased infant mortality, and other seemingly wonderful factors. With more people, we need more food and infrastructure, so more land for crops and livestock grazing, and wood for building and fuel.

A whopping 50% of the Earth’s land is being used for agriculture, with more being bulldozed, burned, and chopped down. The problem is that much of this bulldozing is happening in biodiversity hot spots like the Amazon Rainforest, which is home to ~10% of the world’s plant and animal species. Think back to the total tally we talked about earlier, and then think of what a large chunk of our biodiversity is residing in this little section of the world. Unfortunately, 20% of the Amazon has already been cleared and around 80% of that land has been used for cattle. The #1 cause of deforestation and biodiversity loss in this biologically-diverse area of the world is animal agriculture, like cattle grazing, which is booming to support the growing number of people on the planet. Deforestation has implications across all of the Earth’s systems, including but not limited to the carbon cycle and water cycle, species extinction, habitat loss, increased erosion, and flooding.

To keep up with increased demand, modern agriculture has also become increasingly reliant on pesticides. Neonicotinoids are the most commonly used insecticides globally, and they are extremely toxic, especially to bees. Neonicotinoids, or neonics, are proven to cause neurological impairment and colony collapse disorder. Its impact ranges from causing an inability to navigate, to death. Neonicotinoid insecticides are also related to reduced growth rate and lower production for queen bees by up to 85%. These numbers are hard to swallow and while they may make overall production easier for farmers, there are serious implications on our shared future.

Knowledge of neonicotinoids, habitat loss, and the weight of exponential population growth is not our favorite topping on our yogurt parfaits, but knowing what we can do to help sure is.

HOW CAN WE HELP THESE LITTLE BUZZERS?

First things first, let’s think about this as not what nature can do for us, but what we can do for nature.

Second, it’s hard to differentiate between what crops contribute to deforestation and land exploitation and what crops are helping. Buying local or plant-based options can drastically reduce the amount of resources used, but it’s important to keep in mind that no one is perfect. Plus, buying local can be expensive.

Third, when it comes to pollinators and bees, specifically, there are some fun and exciting ways to get involved in creating bee habitats. Surprisingly, concrete jungles don’t phase pollinators as long as there is green space. Start a community garden with pollinators in mind, volunteer at an existing one, or join a Meetup Group. Ok, gardening isn’t for everyone, so we present to you the “lazy lawn mower” approach! All you have to do is...nothing. Manicured lawns are effectively bee deserts. By mowing less frequently, you are creating a luscious space for bees to thrive. Overgrown lawns create the possibility for flowers to grow and bloom. If you feel like you’re getting some side-eyes about your landscaping, just remember, you’re an urban conservationist!

All jokes aside, if we want to save the bees, stop deforestation, and end the climate crisis, we first need to all take a deep breath. <<pause for deep breath>> We can’t do this alone! Everybody say pollination nation on three 1, 2, 3!