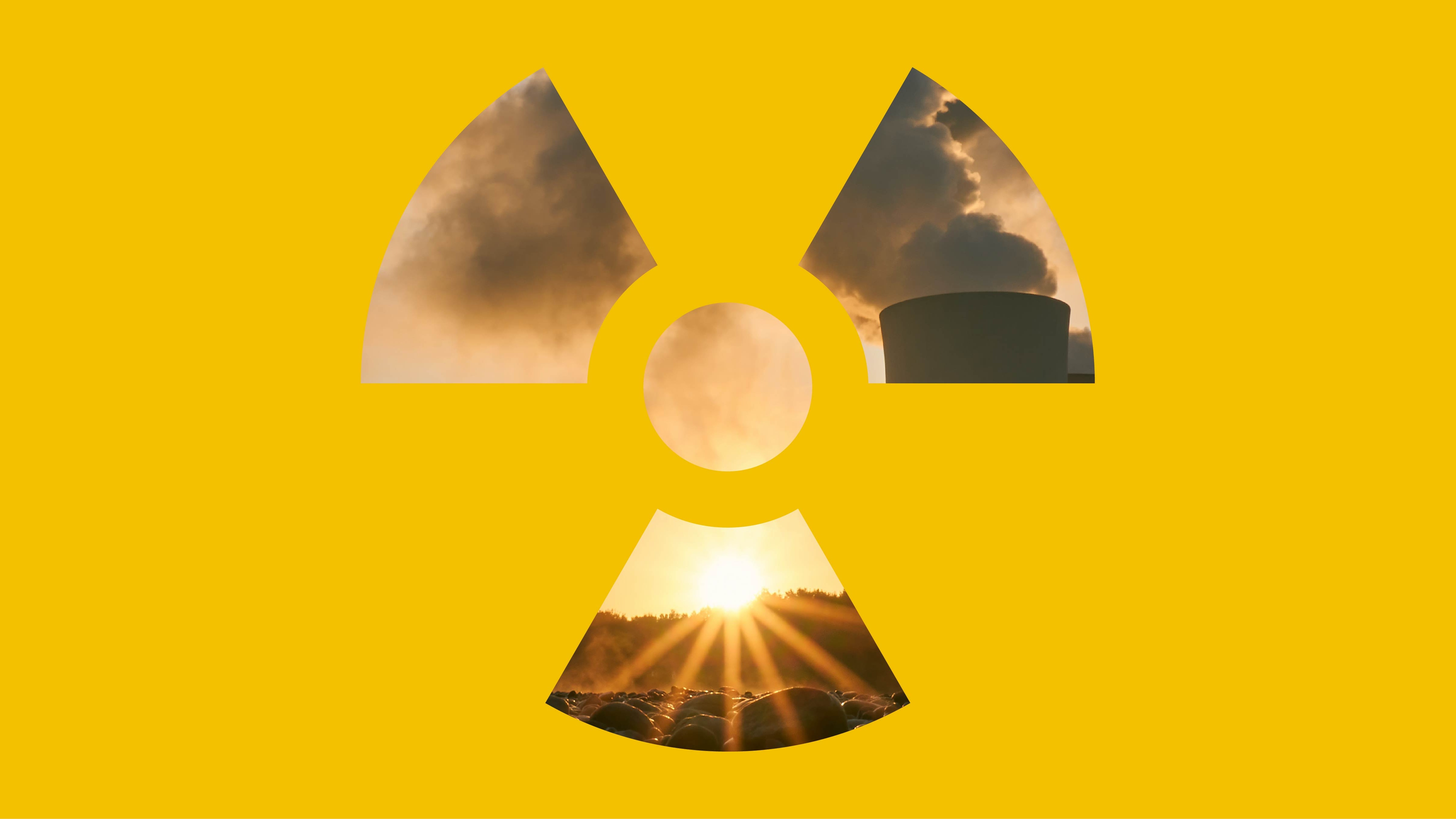 If you tend towards the dramatic, the words “nuclear energy” might take your brain straight to the desolate scenes of nuclear meltdown sites. The popularity of disaster movies and shows has proven that there’s something oddly fascinating about unfathomable catastrophes like nuclear accidents — you can attest to this if you enjoyed HBO’s Chernobyl as much as we did. What you might not realize is that the lore of nuclear meltdowns has significantly affected our collective perception of nuclear energy. Is nuclear energy really more dangerous than other sources of energy? Spoiler alert: no, it’s not. In fact, nuclear energy is the least deadly major energy source. Wow, bold claim...Yes, while the fear of nuclear accidents is real, coal is 56x more deadly as a result of mining accidents and air pollution, and oil is 34x more deadly as a result of mining accidents, pipeline ruptures, and air pollution. Natural gas is 7x more deadly as a result of accidents (such as pipeline explosions and carbon monoxide poisoning) and air pollution, and wind and solar are both slightly (1.14x) more deadly than nuclear as a result of mining and rare accidents. And yet, there are innovations being made in nuclear reactors that are designed to make a meltdown impossible, which would drive down the deaths associated with nuclear energy even further. Sounds pretty great, eh?

So why does fear of nuclear power plants persist? Why are people so strongly opposed to this energy source despite the fact that it is consistently reliable and doesn’t emit nearly the amount of GHGs as other major energy sources? Should we be investing in nuclear, or phasing out its use altogether? Below, we’ll dig into the pros and cons of nuclear energy and break down the major themes behind this popular debate.

FIRST OF ALL, HOW DOES IT WORK?

A nuclear power plant generates electricity by harnessing energy from nuclear reactions. In a nuclear reaction called nuclear fission, a neutron collides with a uranium atom and splits it up. When the uranium splits, it releases neutrons, which collide with other uranium atoms and split those up, and so on, and so forth. This nuclear chain reaction emits an immense amount of energy in the form of heat and radiation. 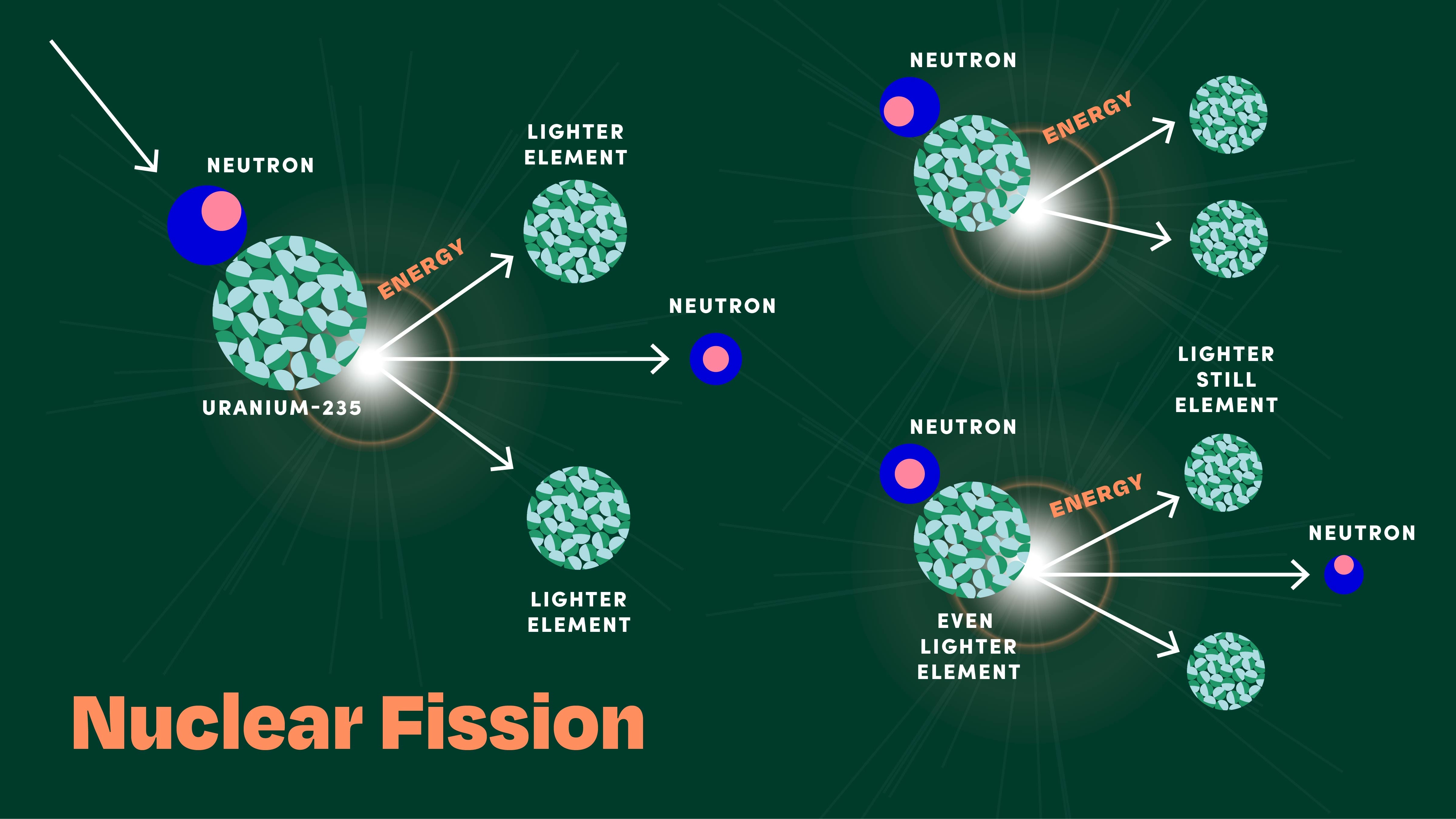 WHAT’S GOOD ABOUT IT?

Nuclear power is a base load energy source, meaning that it’s a consistently reliable energy source (unlike wind and solar, which rely on windy days and sunny days, respectively). This is great because it means that nuclear power works all the time, regardless of weather conditions, which are becoming increasingly unpredictable with global warming. In the face of climate change, nuclear energy is also appealing because nuclear fission itself doesn’t release any greenhouse gas emissions (GHGs). The minimal GHG emissions associated with nuclear energy are those related to the mining of materials needed for and construction of nuclear power plants. Mining and burning coal, on the other hand, produces about 44x as many GHG emissions as those associated with nuclear energy. Mining and burning oil emits 31x more GHG emissions, mining and burning natural gas emits 28x more GHGs, mining minerals for, manufacturing, and disposing of solar panels emits 6.7x more GHGs, and mining minerals for, manufacturing, and disposing of wind turbines emits 2.7x more GHGs compared to nuclear energy.

WHAT’S BAD ABOUT IT?

Nuclear fission requires uranium, which is collected by mining. Uranium mining is a dangerous game, a fact that the U.S. government knew in the 1950s, but didn’t act upon until the 1970s. During these roughly two decades, people living in Southwest America downstream of uranium mines drank water seeping with radioactive isotopes, causing cases of cancer to rise. Uranium mining today is much safer than it was back then, but there are still increased risks of lung cancer and diabetes in communities near mining sites. These risks are also not isolated to uranium mining. Mining of any kind causes radiation exposure. In fact, people mining the elements required to make solar panels are exposed to a little more radiation than those mining uranium, and people mining the iron ore needed to build wind turbines are exposed to a little less. We dig up elements for all sorts of purposes and, while uranium mining isn’t the safest profession, it doesn’t stand out as particularly dangerous next to other forms of mining.

The other check in the not-so-great column is the concern around nuclear waste, which can remain radioactive for hundreds of thousands of years, and storing it can be tricky. Currently, nuclear waste is stored in above-ground containers called casks, which are reinforced with steel and concrete. The goal is to develop a nuclear waste burial ground in the U.S. where this waste can be permanently disposed of, but for political reasons, it has been difficult to find a burial site. Reasonably so, there is fear of future generations being left with widespread pollution if anything goes wrong underground at nuclear burial sites. The only deep geological disposal repository for nuclear waste is the Waste Isolation Pilot Plant (WIPP) in New Mexico, which was built to house the U.S. military’s most dangerous nuclear waste. Because the waste will remain lethal for hundreds of thousands of years, there is debate over how to properly communicate the danger of the burial site to future inhabitants of earth when we’re not here to tell them about it. Currently, the message “This place is not a place of honor. No highly esteemed dead is commemorated here…nothing valued is here. What is here was dangerous and repulsive to us. This message is a warning about danger.” is intended to warn future earth inhabitants about the dangers of the WIPP site. Pretty creepy, if you ask us. If this type of stuff is up your alley, check out this article for more WIPP site communications strategies that sound like they came straight from a sci-fi movie.

On top of the tricky disposal issues, some studies also show an increased

The pros and cons of nuclear energy have made it a hot topic, especially in the face of climate change. Without a doubt, improvements must be made in the mining of uranium and the disposal of nuclear waste. But do these wanting aspects of nuclear energy make it an inferior option to other baseload energy sources? The moral of the story is that the fears most of us have about nuclear calamity are not the real things we should focus on. Is nuclear safe? Is nuclear “clean”? Should nuclear be considered as part of a regenerative future energy system? We’ll leave you to decide for yourselves.

(And of course, we’re still here if you have questions.)