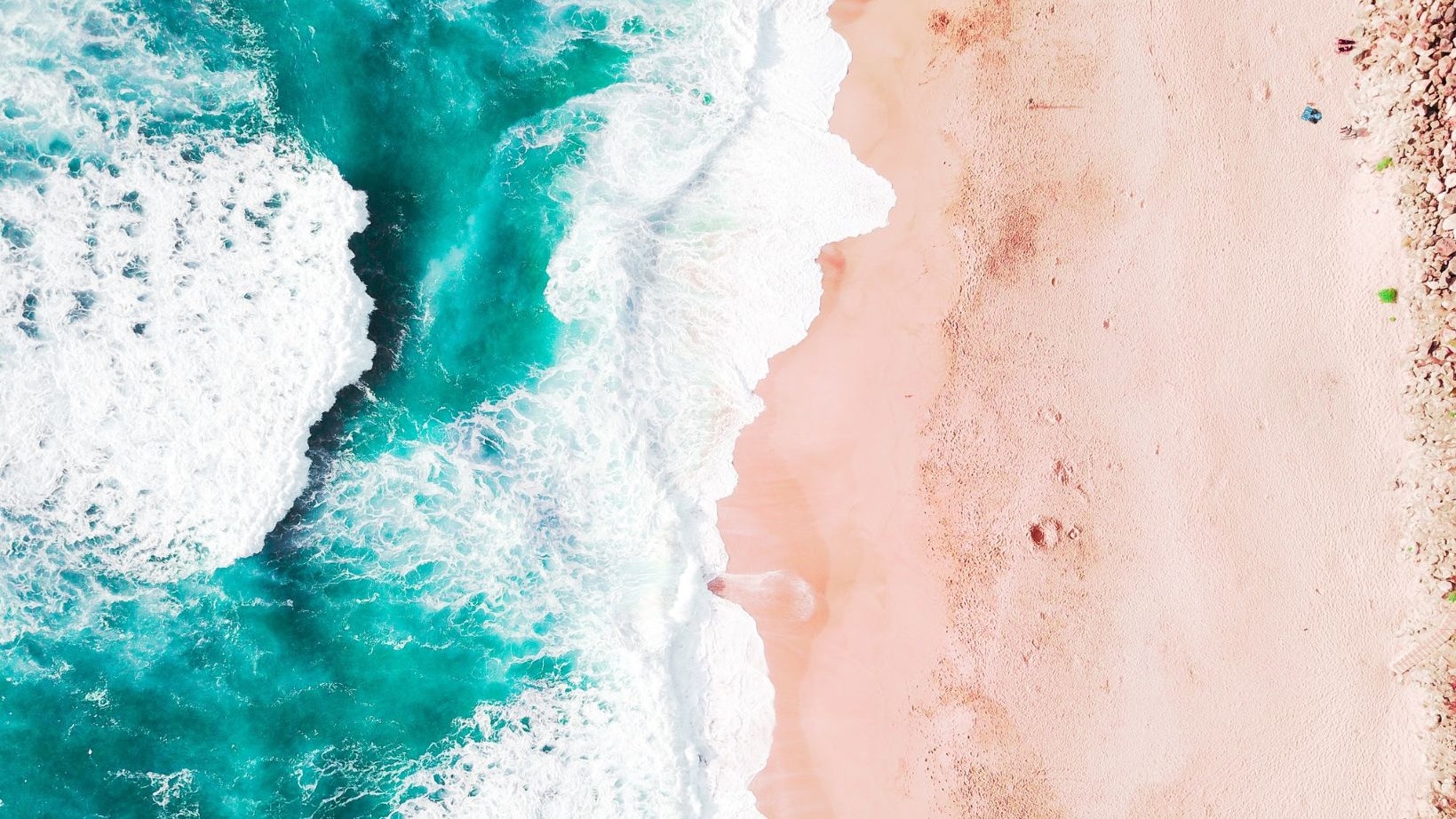 August 30th is National Beach Day, and there’s no better way to soak up the last drips of summer than by getting some rays of sunshine, plopping down in the sand, and dunking our toes in the ocean (cue Zac Brown Band). While frolicking in the outdoors can seem like it would have little environmental impact, we actually have a lot to consider when it comes to the beach. We’re talking how we get there, what products we use while we’re there, and how pollution can impact our blue seas and skies.

Here’s our round-up of helpful hints:

#1 To get to the beach, first consider traveling with a full car, then take the train, then the bus.

#3 Leave no trace – pollution is bad for ecosystems, wildlife, and economies.

#1 To get to the beach, first consider traveling with a full car, then take the train, then the bus.

Unless you happen to live next to the beach, getting there can feel like a real haul. We have to hop in the car, get on the train, ride the bus, or take some form of transportation to get to the sandy shores. Transportation accounts for roughly 20% of global CO2 emissions, so if we’re hitting the beach with the planet in mind, opt for the least environmentally impactful and most feasible transportation option.

For the sake of this analysis, we’re going to use a study of California beach-goers as an example. Of course, we are not all as lucky to live near California beaches, but a fair number of us live near the coast. According to a 2014 study of United States populations, 127 million people lived in coastal counties, accounting for 40% of the total population, even though coastal counties account for less than 10% of the total land in the United States.

Back to California! We looked at a survey of visitors to 14 California beaches in the summer of 2009. The vast majority (90%!) of these beach trips were taken via motorized vehicle, and the mean distance traveled per trip was 35 miles. All in all, that means we’re basically striking walking, running, or biking as family-friendly options. We’re left with driving, taking the train, and/or bussing. For a 35-mile trip, the option that creates the least amount of CO2 emissions is a fully packed car. The option that creates the most amount of CO2 emissions is riding solo in a car. For context, the latter is equivalent to charging an iPhone 1,326 times, and the former is equivalent to charging an iPhone 166 times. So many savings! 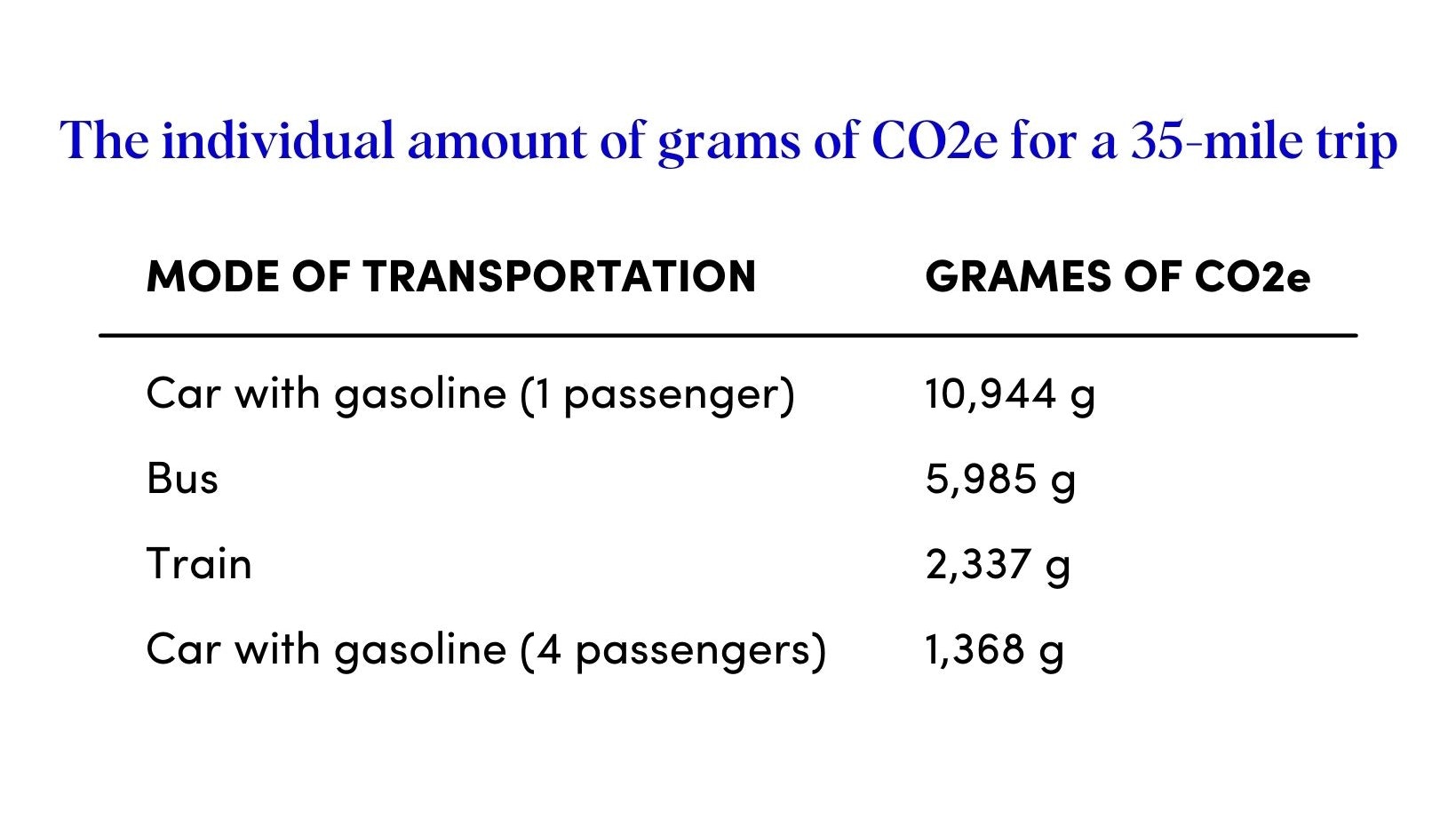 However, these numbers are all dependent upon the length of a trip, the source of electricity from the local grid, how many folks are also riding those public transit options, and the type of vehicle you have if you’re driving. All in all, it’s worth considering these factors when sleuthing out your different options. If you can’t find friends to ride with, it’s worth considering public transportation…but only if it’s available near you.

We can’t stress enough the importance of protecting our skin from the sun’s harmful rays. While shade and clothing can help keep your skin safe (studies show that a white cotton shirt will provide you with about 67% of the protection that a UPF shirt will) we recommend lathering up on your beach day. After all, sunscreen protects us from suffering from horrible sunburns, dehydration, and the possibility of cancer. But before you do so, know that not all sunscreens are created equal – especially when you’re going to be in and around the ocean. In fact, though sunscreen protects us, it can have devastating impacts on marine environments.

Two of the most commonly used UV blockers, oxybenzone and octinoxate, are also the two most concerning for the health of our oceans. When these chemicals are washed off of our skin and into the ocean, they can be absorbed by and impair the DNA of coral so that it becomes sterile and unable to reproduce. They also cause coral to trap heat. And when coral reaches a certain temperature, it expels the protective and nutritious algae that lives on its surface. When the algae leaves, the coral turns white (hence “coral bleaching”), and usually dies.

There are several other chemicals that may be damaging to oceanic ecosystems when they accumulate in the water. So when shopping for sunscreen, we recommend avoiding any form of microplastic beads, nanoparticles like zinc oxide or titanium dioxide, 4-methyl benzylidene camphor, octocrylene, PABA, or any kind of paraben, and triclosan. As a side note, non-nano zinc oxide is a-okay! Instead, look for sunscreens with the Protect Land + Sea Certification if you can. At the very least, look for products free of oxybenzone and octinoxate, since we know that those chemicals are particularly harmful to marine ecosystems.

#3 Leave no trace – pollution is bad for ecosystems, wildlife, and economies.

Leave no trace is a collection of seven principles intended to instruct us on how to treat the outdoors, and each other, with respect. While not all principles are relevant to every recreational outdoor activity, when it comes to our beach adventure, we should follow the guidance of disposing of our waste properly and respecting wildlife. Let’s look at how pollution can have negative impacts on our beaches.

A study on anthropogenic (human-induced) impacts on ghost crabs revealed some pretty sad ways that playing at the beach can be not so innocent. Why ghost crabs? Well, ghost crabs have been shown to serve as a representative example of sandy beaches. Vehicles, outside of creating noise pollution, can result in lower habitat quality, kills of individual crabs, and behavioral changes in the crabs. Material pollution – either as sewage waste or larger pieces of debris – can cause changes to nutrient enrichment and the chemistry of interstitial (the space between grains of sand) spaces. Material pollution can also lead to the risks of ingestion of microplastics and entanglement.

The good news is that we can avoid these kinds of impacts on beach wildlife. One study looked at ecosystem changes during the first COVID lockdown in 2020 when most folks were staying inside. They observed drastic changes in the beach ecosystem and their findings suggest that tourist beaches with a lot of traffic can be restored relatively quickly. While we can’t commit to avoiding beaches COVID-style, we can make sure to not drive on dunes (which disrupts habitats and creatures), and we can take our trash with us and dispose of it properly.

It’s not just that pollution can cause harm to ecosystems and wildlife – it can also be detrimental to economies. One study of the impact of litter on South African beach-goers found that if a beach had more than ten large items of debris per three-foot area, 97% of visitors surveyed would not visit them. This would reduce the recreation value of the beach to 300,000 Rand, or almost 18,000 USD. This would reflect a reduction in the regional economy of nearly half a million dollars. It pays to keep our beaches clean.