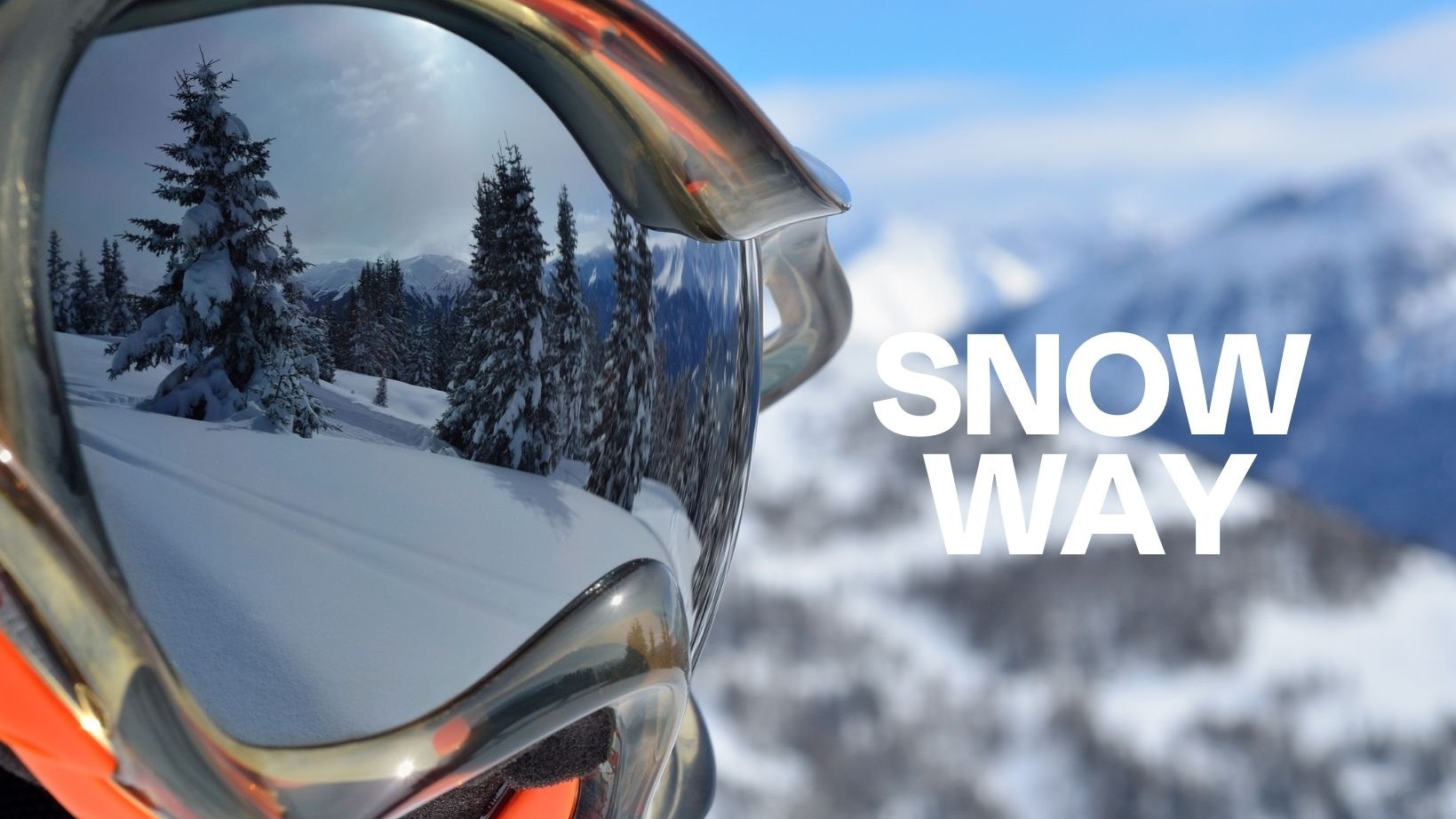 Americans just love to celebrate President’s Day with a skiing getaway. In fact, President’s Day weekend is the busiest weekend for skiing in the United States, with Martin Luther King Jr. Day weekend coming in at a close second. For some, these weekend getaways are filled with fond family memories, warming up with hot cocoa apres hitting the slopes, and nights of deep sleep from all the fun in the sun and snow. The not-so-cozy side of things? If they skied at a resort, then these folks will have spent some time at a seriously polluting entity and, most likely, will also probably be down some cash. From the deforestation required to clear paths for those downhill jaunts, to running extremely energy-intensive infrastructures, ski resorts are contributing to climate change… even though they rely on the icy-cold to make the widely loved sport possible. It’s a bit of a conundrum.

You may be asking yourself, “Hey, I love skiing. Should I not go?” While we’re not here to make your vacation plans for you, we will give you some information so you can get on board (shoutout to all our snowboarders out there) with what you need to know about the environmental impact of skiing, and how we can make winter fun and accessible for all.

What impact does skiing have on the environment?

If we can afford to ski during President’s Day weekend, or any weekend during the year for that matter, there are a lot of environmental impacts to be aware of – including emissions associated with transportation that contribute to climate change, the impact of artificial snow on biodiversity loss, and ski resort construction that contributes to deforestation.

First off, let’s say you fly to your ski resort. Research by Best Foot Forward showed that the typical one-way journey by plane to a winter wonderland destination creates around 122 kg of CO2e per person. ​​That amount of CO2 is equivalent to burning through 5 WHOLE propane cylinders used for home barbeques…which is a whole lot of barbequing. Another 2007 study found that 73% of the total carbon emissions of a ski resort are actually from all of the flights that skiers take to get there… yikes.

Unless you’re waterskiing, you need snow to ski, right? What if, however, it’s not cold enough or the conditions aren’t right for snowfall? Artificial snow is a popular alternative, but it’s roughly four times harder than natural snow. That may mean it’s less safe than real snow for skiers, but it’s also not safe for the planet. Why? Artificial snow is made from chemicals, which leech into the environment when it melts and can be harmful to vegetation or even cause biodiversity loss. Not to mention that artificial snow machines are energy-intensive. Artificial snow can also harm the soil, which, in some cases, can lead to landslides. One study found that ski runs with artificial snow resulted in compaction and major degradation. Compaction, which basically means trampling, decreases soil’s organic matter and can cause higher runoff and erosion, which is also linked to biodiversity loss.

Speaking of biodiversity loss, ski resort construction frequently results in deforestation or the clearing of forested land. Forest clearing, or clear-cutting, is the main anthropogenic (human-caused) cause of mature forest loss and also has significant negative impacts on wildlife that result from destroying their habitats.

As climate change worsens, we will continue to see shifts in the landscape, including the loss of snow cover. It’s projected that more than half of all Northeast ski resorts may go out of business by 2050 and that 90% of Western ski resorts won’t be financially viable by 2085 if we continue on our current emissions rate.

Why is skiing so expensive?

Skiing is one of those activities and outings that, well, just costs bills. Let’s say, for President’s Day weekend, your trip is three days long, you’re flying in, and renting gear. While you’ll save on that checked baggage fee, you’re looking at a whopping total of around $1,680. For those who may not immediately see the connection between cost and sustainability, please read on.

Let’s say you don’t happen to live near a ski-able mountain range – at least not one that is driving distance away. That means you’re going to be hopping on a flight. Depending on where in the United States you’re flying from and to, you can expect to spend between $200 and $400 on a flight, if not more for more remote locations. If you already have ski gear and decide to check it for a standard baggage fee, expect to spend another $50.

Unless we’re expecting to somehow stay out in the cold, we’re going to need a place to stay. Resorts are a more-easily accessible option because they’re close to the slopes, but can be more expensive than an Airbnb. Especially during peak season, these options can spike in price. Expect to pay around $200 per night.

All of that skiing is going to leave you needing some serious grub – and resort food is notoriously expensive. The Big Mac Index at a resort in Vail, Colorado (a popular destination) is off the charts – $22 for a burger with all the fixings. In one day of grubbing, expect to spend around $75 – depending on how frugal you are.

If you don’t have your own gear (helmet, boots, skis, poles, etc.), you’re going to have to rent it out. Depending on the resort, a day of renting is around $50 to get you on the slopes with the appropriate safety gear…not to mention the added cost of acquiring clothing to keep you warm while shredding the gnar.

Depending on where you’re skiing, lift tickets can range in price. Expect to spend around $135 for a day of getting lifted to the peak – hiking in is a whole other game.

In 2020, the real median earnings in the United States for full-time, year-round workers was $61,417 for men and $50,982 for women. While we won’t get into the gender pay gap right now, the average of these two figures is $56,199. That means that this ski trip would cost ~3% of the year's total earnings. For folks that make less, this ski trip would be unimaginable. Skiing, like many outdoor activities, is available at a price point that makes it inaccessible to many, including members of historically marginalized communities.

This is all to say that, while many people act more sustainably in order to preserve our planet for future generations and to maintain the restorative and enjoyable sensation of participating in outdoor activities, it’s important to think about environmentalism and outdoorsy activities with a broader lens.

It’s Not All Downhill from Here

Skiing is considered a form of high-impact tourism – that’s to say that it is an activity that has a significant impact on the planet. So, what can we do about it?

One way to reduce our individual emissions associated with skiing is to avoid flying. Reducing the number of flights we take is one way to shrink our carbon footprint drastically. If you’re close enough to a resort, opt for driving instead of taking a short-haul flight. Short-haul flights are those that take anywhere from 30 minutes to three hours… and emit more CO2 per person per kilometer than long-haul flights. Driving can also be less expensive than flying and, if you’re in the market for saving even more money, planning in advance is the way to go.

A study of Norwegian Alpine skiers showed significant interest in season passes that include CO2 compensation. This means that resorts would calculate the CO2 emissions produced by a season of skiing and donate the appropriate amount of money to climate protection projects. Sound familiar? That’s probably because it’s kind of similar to carbon offsetting. As we know, carbon offsets aren’t a complete solution and act as a bandaid, while overall emissions reductions are much more effective.

The unfortunate reality is that skiing just isn’t awesome for the planet. Some resorts are pledging to cut their emissions and to transition to renewable energy sourcing. But, it’s not just about what resorts and individual skiers are doing – it’s also about mitigating the effects of climate change. If you’re a die-hard lover of the slopes, consider advocating for climate action by how you vote – both in the booth and with your dollar. But no, you don’t have to stop skiing for President’s Day weekend, unless you’d rather avoid the crowds.