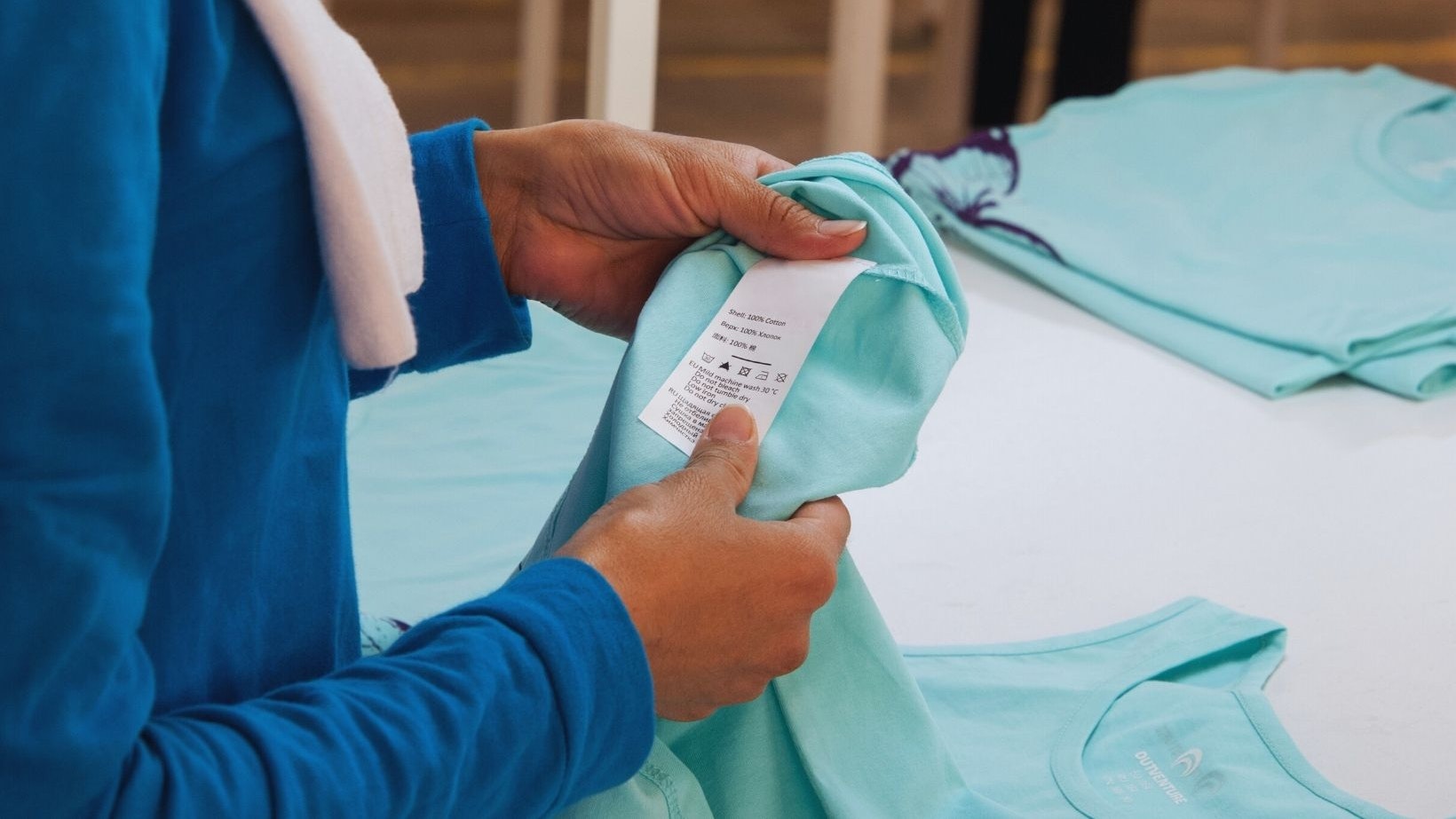 For those who didn’t know, this past Saturday, May 1st was International Workers’ Day, a world-wide celebration of workers and an acknowledgement of past labor struggles that we’ve overcome. In over 80 countries around the world, the day marks the efforts and achievements of the labor movement and members of the working class that have come together to fight for economic justice and freedom from exploitation since the mid-1800s. While workers’ rights may have looked a little different before, say, the invention of vacuum cleaners, air conditioning or computers, many working people, including garment workers, are still fighting for justice and equity in the workplace today. Behind almost every cute pair of leggings or jeans you see on Instagram (and convince yourself you might just need…) are people in the fight for fair wages and safe working conditions.

Much of the garment industry is predicated upon clothing companies’ and brands’ ability to keep a constant balance of high demand and low price (meaning even lower overhead)…which brings us to the ever-growing, multi-headed monster of the fast fashion industry. Ah yes, the ongoing saga of the fast fashion industry, and the game of driving demand by accelerating the pace and cycle of ‘seasons.’ Think about it this way: Why is high-rise the new low-rise, but also probably the old mid-rise? Probably because brands are telling us it’s what’s on trend. When production volumes are high and costs need to be kept low, the likelihood that accountability, transparency, or remediation mechanisms are in place is also low. This leads to a higher likelihood that human rights suffer, especially for garment workers. Let’s take a look at who these workers are, and what we can do to stand with them in solitary, today and every day.

Tell me more about garment workers

Garment production is the largest manufacturing employer in many countries, particularly those in Asia and Latin America. Although garment workers play a key role in bringing our clothes to life, we usually don’t know who they are. It’s time for that to change. Did you know that 85% of garment workers are women who are likely immigrants or migrants from rural areas? And are you aware that an estimated 60% of garment work occurs in peoples’ homes? This means that much of this employment is ‘flexible,’ not in a ‘make your own schedule’ way, but rather in a ‘there is no (or loose) contract’ type of way that makes organized forms of advocacy, like collective bargaining, difficult. As a result, a garment worker is likely paid below minimum wage, on a pay-by-piece rate.

Garment workers, however, are not a monolith. Because of the anonymizing nature of mass production, we have to work against the notion that garment workers are people that we will never see or hear from. The global garment workforce is expansive, but almost always nearly invisible. This might bring you to ask, where are garment workers? (Hint: they’re everywhere).

I think I’ve read about this happening in Bangladesh

Maybe Bangladesh was your first thought when we started talking about clothing. The garment industry accounts for 84% of export revenue in Bangladesh and instances of worker exploitation there have also been a hot topic in the garment industry. The 2013 Rana Plaza factory collapse and the 2012 Tazreen factory fire are just two examples of tragic accidents that killed hundreds of workers. These events are directly related to relaxed government regulation, extreme demand from international brands for low costs and high volumes, and higher poverty levels that leave workers with fewer options to support their families. In a recent study from Microfinance Opportunities (MFO) of garment workers in Bangladesh, 61% reported food insecurity, and in 64% of pay periods, workers did not receive a minimum wage.

We also can’t talk about fast fashion without talking about environmental justice. The production of certain textiles can generate more toxic chemical pollution per item than any other industrial product. Now that’s pretty shocking. Globally, 20% of all water pollution is from textile dyeing and rinsing. And, with all those toxic fumes, garment workers’ proximity to dangerous and hazardous chemicals leads to poor health outcomes to top it all off. Unsurprisingly, what is bad for the Earth is also bad for people.

Even when workers push for their rights, recourse is often unachievable. Sometimes protest isn’t even a possibility for fear of retribution and retaliation. Consider Sumi, a 28-year-old Bangladeshi garment worker, who shared that "we thought [by protesting] they would raise wages a little." Or Yeasmin, a 31-year-old Bangladeshi garment worker, who explained that "in terms of security, I never feel that. There's a lot of danger [in the factory]. There's always a fear working there, who knows what happens." These stories of poor working conditions and insufferably low wages in the garment industry perpetuate cycles of poverty and lead to intersectional impacts, such as gender-based violence and economic instability. The nature of exploitation is scary-similar in developed and developing countries alike.

But, this doesn’t happen in America, right?

There’s often a misconception that the United States is immune from the form of exploitation and type of working conditions prevalent in other parts of the world. We’re going to challenge these ideas of ‘American Exceptionalism’ for a minute because these problems are not exclusively experienced in developing countries. In Los Angeles, for example, the nation’s garment industry capital, there are over 45,000 garment employees. The combination of the scattered nature of factories, relaxed regulation, minimal enforcement, and few inspections, provides little recourse for workers. For undocumented workers, including folks from Latin America and parts of Asia, forced labor, for fear of deportation, is more common than you’d think. Time for a scary reality check? A 2000 survey exposed that more than half of garment factories in the U.S. violated labor laws like paying fair wages, and 75% violated health and safety laws. Huh, sounds similar to the conditions in Bangladesh. Pretty scary to think that garment worker exploitation could be happening in your backyard.

Let’s tally up what we’ve learned so far: most garment workers are women, the majority of whom are immigrants or undocumented migrant workers, and the likelihood of violated labor laws is higher than we’d like to believe. Undocumented women from developing countries with few forms of socio-economic capital experience the multi-dimensional (and systemic) forms of oppression like sexism, racism, and xenophobia in the United States, and this is all perpetuated by the garment industry.

There’s no denying that, at the core of fashion, there is a culture of materialism that is driving some pretty calculated moves across the industry. Though the recent resurgence of the Y2K aesthetic may feel people-driven, trends and fashion seasons are deliberate tactics designed to stimulate sales. We’re not just blaming capitalism and calling it a day (though the colonialist ties of capitalism are totally part of it). To tackle these issues of exploitation in the garment industry, we must look not only to companies that are driving in the fast lane to push cheap clothes, but also to examples of brands that recognize they have a stake in the game profit-wise and are using it to push for change.

Take, for example, Nike. Although Nike still has a ways to go in terms of eradicating human rights abuses along its supply chain, it is a notable example of how a company can make progressive changes to impact the lives of garment workers. Starting in the late 1990s, Phil Knight, Nike’s CEO at the time, actually roasted himself in a speech, saying “The Nike product has become synonymous with slave wages, forced overtime, and arbitrary abuse... I truly believe the American consumer doesn’t want to buy products made under abusive conditions.” Right you are, Phil, right you are.

So, why were businesses doing this? Historically, it was a very lucrative business model -- in 2012, LA’s fashion industry made over $8 billion dollars. Now, it comes down to changing how we define ‘value,’ and making sure we account for both human and capital in the equation. Instead of focusing on short-term profits, we can look to long-term gains. After 1999, Nike created the Fair Labor Association and started to conduct more holistic audits across its value chain. We think it’s safe to say Nike is still doing pretty well from a business standpoint, considering their 2020 revenues were over $37 billion. And yet, Nike is helping to pave the way for corporate transparency and accountability, specifically as it relates to abuses of garment workers.

So, should I only buy Nike Flyknits?

Purchasing power is a great way to think about how we can achieve measurable collective outcomes. We could buy from companies that practice supply chain transparency, like Patagonia, or others that follow strict ethical guidelines, with compliance to the Fair Labor Association, or that have a WRAP certification. Sometimes, though, brands like these can be pretty expensive. We’re big fans of purchasing second hand, either at online consignment stores like thredUP, Poshmark, The RealReal, and Depop, or in person at Buffalo Exchange. Doing so means you’re not directly spending money at brands that don’t live up to your garment worker justice standards and expectations. And what’s a better way to fit into that Y2K trend than buying clothes that were actually made for Y2K?

When we think of “purchasing” power, however, we also think it’s important to acknowledge not only who to buy from, but also when to not buy at all. Luckily for us, choosing to not buy often has just as much influence as choosing to buy. You can save money AND keep abusive fast fashion brands from raking in cash by deciding not to buy that $9.99 top that will fall apart after one wash anyway.

Unfortunately, our purchasing habits can’t do all the heavy lifting. Big brands must force change by placing financial burdens upon bad actors. By focusing on the human rights needs through legally binding agreements directed by rights-holders, companies can use their market power and capital to support and protect workers. Going back to Bangladesh, the Fair Food Program is a great example of a Worker-Driven Social Responsibility model. As part of the program, The Bangladesh Accord has signed over 190 brands. The accord includes mandated health and safety regulations, and, most notably, mechanisms to not only report complaints, but also possibilities for remediation and resolutions. The model essentially requires that participating brands stop doing business with companies that violate the agreed-upon standards. This is a total no-brainer and should always be a thing, but alas. If something like this were enacted for garment workers, it would basically mean that the coalition of garment workers is the boss, and that boss’s main objective is to help people like Yeasmin and Sumi feel safer, which is pretty cool. At the end of the day, big brands have the power to join together and say “no” to poor working conditions and unfair wages, and we believe it is their duty to do so.