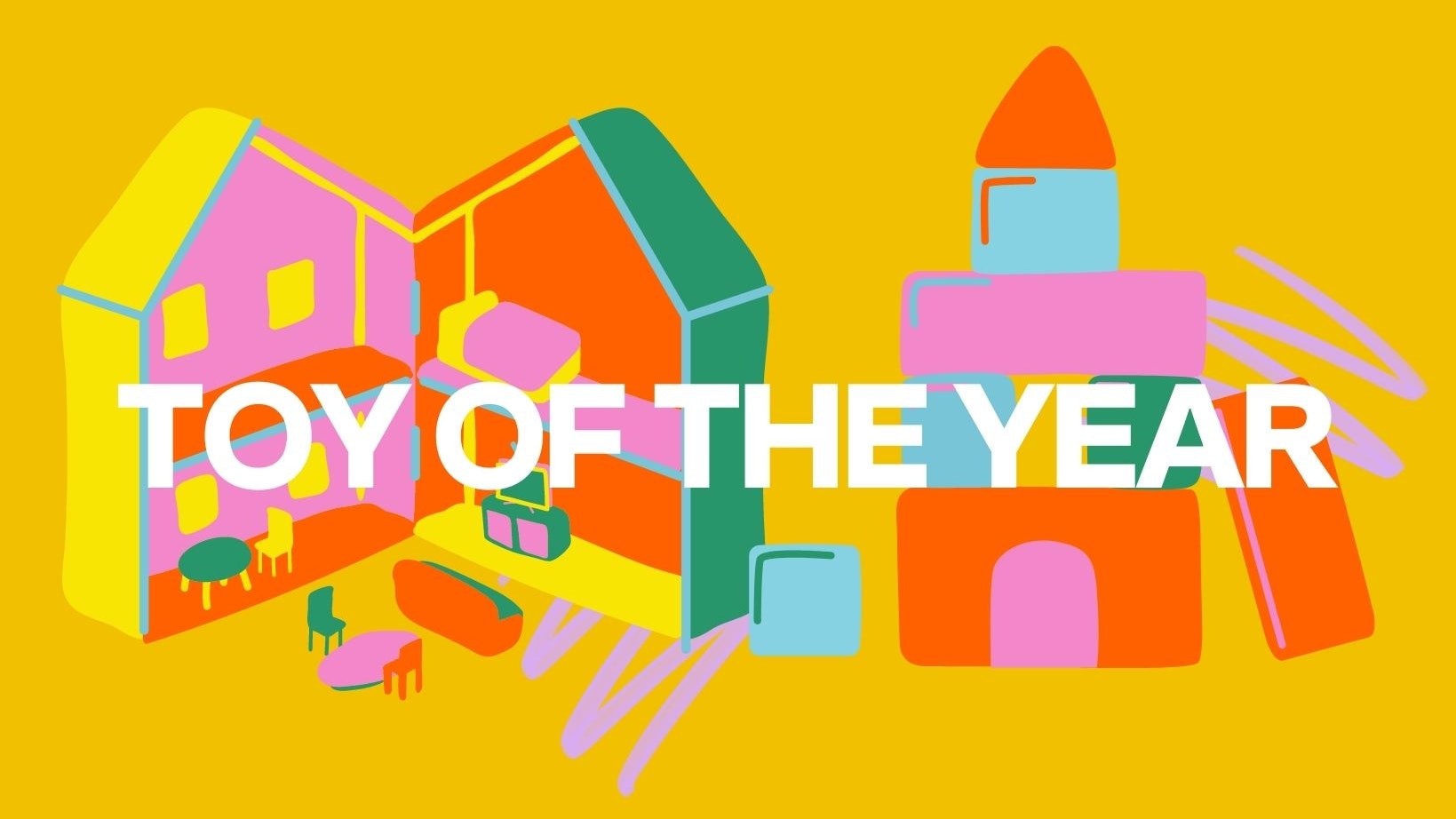 Each year, the Toy Association presents the Toy of the Year (TOTY), which I can only imagine is like the Rock & Roll Hall of Fame induction ceremony, but swap music lovers with toy enthusiasts. Finalists for this prestigious award are selected by a panel of industry-expert judges that rank toys on creativity and originality, design and quality, and play value. Hmm…was it just us or did we miss ‘sustainability impact’ on that list of qualifications?

If Finch were asked to be a TOTY judge, then we might add a whole bunch of factors, including but not limited to: materials (what’s it made of? Hint: most toys are just…plastic.), accessibility (is this toy something our kids can afford without breaking the piggy bank?), and toxicity (what happens if Lily swallows Buzz Lightyear’s Space Ranger tag?)...just to name a few.

A survey in 2020 revealed that 57% of parents think their children know more about sustainable living than they do, specifically around climate change, recycling and pollution. Further research showed that nearly three quarters of parents have been reprimanded by their children for unsustainable practices. According to Deloitte, Gen Z is more concerned with environmental progress than any other issue facing the world. We have good reason to believe that level of concern will only grow with younger age brackets, so not integrating sustainable practices into toys or considering impact in TOTY is kind of like banning bread-making reels from Instagram.

Time for some good news…

#1 An increasing number of customers (technically youngsters under the age of 13) are turning their backs on single-use toys…like those we used to find in kids meals, drive-throughs or industry magazines.

#2 Many toy companies are finally paying attention and implementing programs to improve the environmental profile of their toys.

#3 There’s an increasingly popular trend in which companies are designing toy packaging to be repurposed as a backdrop or stage for the toys during play. Sales of these toys have increased 34% in the last three years alone!

What would Finch pick as Toy of the Year?

To the Toy Association’s credit, it’s really hard to find a toy that checks all of these boxes – fun, creative, accessible, sustainable… But this year, we’ve found the most perfect toy designed by an incredible person: the Jurassic World Ocean Protector Mosasaurus Figure. 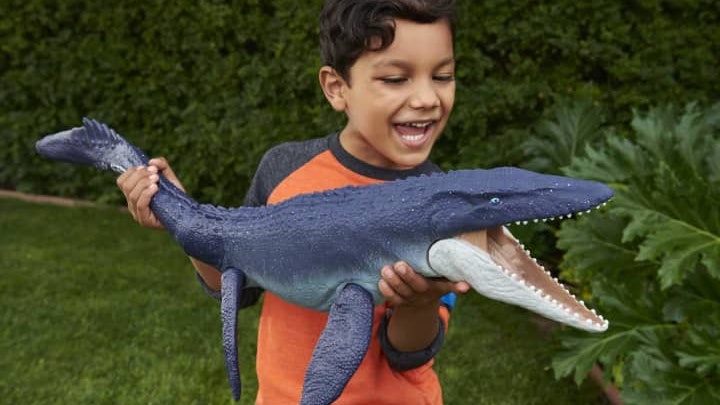 First, some back story. I met Mattel’s Key Lead Designer Rafael Bencosme at a halloween party in Denver. My boyfriend, who, admittedly, was more excited about his job than I was, started peppering him with questions. I only got excited when I saw him several months later and he told me about his latest toy invention, the Mosasaurus. Of course, I asked him, “How did you think of the name Mosasaurus?!” to which he replied with an incredibly kind, “well..it’s actually a real dinosaur.” Then, I had to admit that I had never seen Jurassic Park, which was unfortunately not the most embarrassing thing that I had said that week. Let’s move on.

Why do we love the Mosasaurus?

Of course, Mattel, like most large toy companies, has a long way to go to ensure more of their products are made with a central focus on sustainability, but you know what we say at Finch: progress, not perfection.

The Mosasaurus was a finalist in the running for 2022 Toy of the Year, but in the hearts of Finch, it was a clear winner. Go, Rafa!