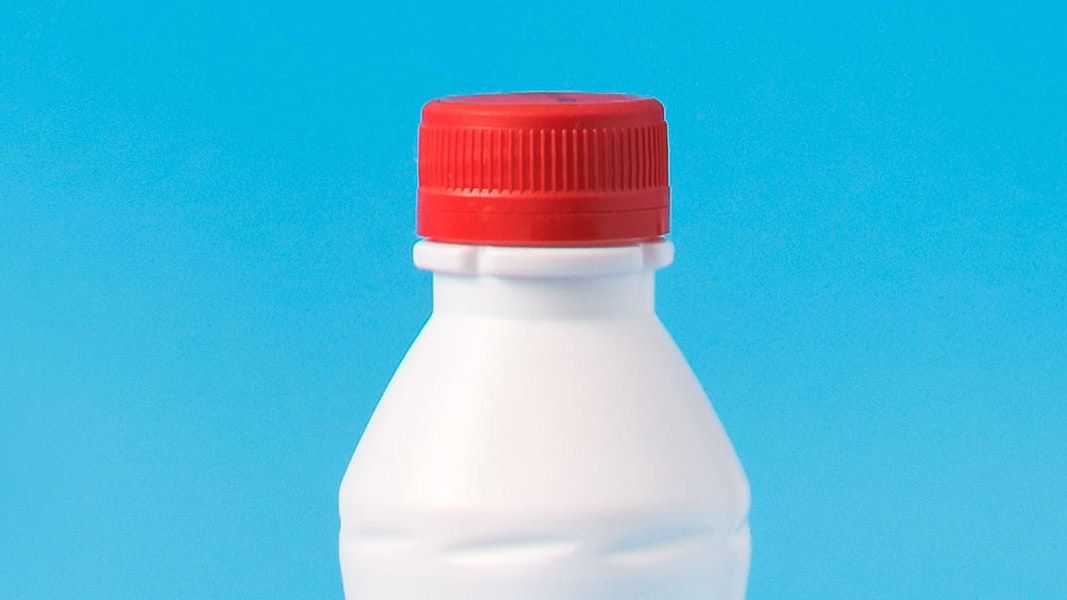 While most of us are on-the-go less frequently these days, we all find ourselves in situations when we’re on the road and start feeling parched or just need a pick-me-up. Whether you’re a vigilant environmentalist with an empty reusable vessel or someone who doesn’t even own a reusable water bottle, it’s good to know how different drink packaging options stack up. Here’s some simplified science to keep in mind next time you need to grab a drink while away from home. The three main types of packaging we’re going to look at are: plastic bottles, aluminum cans, and glass bottles.

Plastic bottles have become the target of much public controversy, and for good reason. They’re made of petroleum, aka oil, which we extract from the earth’s crust by drilling and fracking. Drilling and fracking have a host of negative environmental consequences (*cough*, oil spills, *cough*) that are not infrequent and can devastate already fragile wildlife populations. On top of that, 12 million people in the U.S. live within a half mile of a drilling site and are exposed to the toxic gases generated by these facilities, which can cause respiratory problems, cardiovascular diseases, and even cancer. Drinking water in communities near drilling sites can also be contaminated with chemicals known to cause cancer, birth defects, and liver damage. The environmental effects of drilling overwhelmingly impact people of color, who are more likely to live in communities near these sites. Wow, what a buzz kill. For something so prevalent, there sure are a lot of negative ramifications.

In short, there are so many reasons to avoid buying plastic, not the least of which is the extraction methods. Plastic is kind of like Sour Patch Kids except there’s no sweet finish. The only sprinkle of sugar is that plastic provides a lighter-weight, durable option that can lessen emissions associated with transportation and distribution. But when plastic is only used once, those potential savings still leave us with a pretty bitter taste.

The most common types of plastics used for bottles are PET (polyethylene terephthalate, think soda bottles) and HDPE (high-density polyethylene, think milk jugs). You can tell which plastic you’re dealing with by the “resin code”, or the number marked inside the triangle on the plastic. PET is resin code “1”, and HDPE is resin code “2”. It’s important to know what type of plastic you’re using since local municipalities typically only recycle a select few (more on that later). Thankfully, PET and HDPE are the most widely recycled. In fact, while only 8.7% of all plastics were recycled in 2018, the recycling rate for PET and HDPE bottles, specifically, was over 29%. This is an improvement over the dishearteningly low national average, but it’s still wayyy too low, considering the fact that recycling one ton of plastic uses 16.3 fewer barrels of oil, emits 1.5 fewer tons of CO2, and requires only about 10% of the energy needed to make the same amount of virgin plastic. So why aren’t our recycling rates for plastic higher? The answer is complicated and mostly lies in the fact that the recycling system in our country is broken. Even if all the plastic in the world was recycled (a pipe dream), we’re not totally solving the plastic problem because the quality of plastic degrades each time it is reprocessed. So, plastics are usually recycled only once before heading to the landfill, incinerator, or ocean.

In 2018 alone, 14.5 million tons of plastic containers and packaging were generated. A whopping 69.4% of that was landfilled, 17% was combusted for energy, and only 13.6% was recycled. If your plastic bottle is recycled, it is turned into PCR (post-consumer recycled) plastic, which is gaining traction in the packaged goods industry as a desirable alternative to virgin plastic. Beverage giants like The Coca-Cola Company, Keurig Dr Pepper, and PepsiCo have taken a step in the right direction by making commitments to increase their use of PCR plastic across the board, driving change towards a more circular packaging economy.

On the contrary, if your plastic bottle is one of the vast majority of plastic bottles that ends up in a landfill, it may sit there for up to 500 years before decomposing. If your landfill-bound bottle ends up in the ocean -- as between 4 and 12 million tons of plastic do each year -- it can harm marine life and eventually break down into tiny pieces of plastic called microplastics. The effects of microplastic are still being studied, but we do know that 15.5 million tons of it litter the ocean floor. Studies actually show that there is evidence of microplastics in places where humans haven’t even been to yet...pretty creepy.

So, what about incineration (i.e. the other possible fate of packaging waste)? Facilities that burn trash are called waste-to-energy plants and they incinerate waste to generate heat and steam that powers wind turbines and in turn generates electricity. While large waste-to-energy plants are able to produce enough electricity to power tens of thousands of households, they are expensive to run and operate, and can emit low levels of toxic pollutants. Much like oil drilling sites, these plants are often located near low-income neighborhoods, where they overwhelmingly impact BIPOC communities.

Safe to say, we are NOT fans of plastic and we recommend avoiding it if possible. 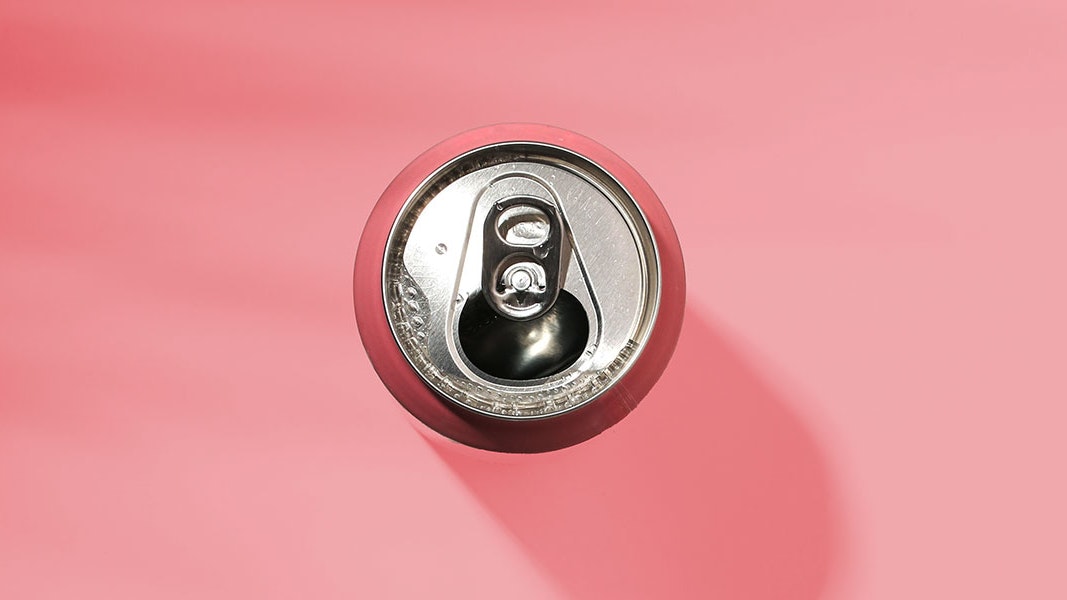 We’ve got some great news for La Croix fans: aluminum cans are the least detrimental drink packaging option when you consider their carbon footprint and recycling rate, but they’re still not the perfect solution.

Like plastic, aluminum is lightweight and durable, so it requires less fuel for shipping and less packaging in transport. Unlike plastic, however, aluminum can be recycled infinitely, meaning its quality doesn’t suffer when it’s reprocessed. Drumroll for a recycling success story: in 2018, 50.4% of aluminum cans were recycled, and around 75% of all the aluminum ever made is still in circulation. This is pretty awesome when you consider the fact that recycling 1 pound of aluminum saves up to 4 pounds of chemical products, and that recycling one can saves enough energy to power a television for 3 hours. Who’s in for a Bridgerton binge?!

It all sounds too good to be true, right? Unfortunately, aluminum does have some drawbacks. Bauxite, a mineral found in countries such as Guinea and Australia, is the main material we use to make aluminum. Bauxite mining is associated with human rights issues, especially in Guinea, where ambiguous land laws have allowed mining companies to take ancestral farmlands from local communities without providing sufficient compensation in return. Bauxite mining can reduce access to clean water sources, and the dust produced by mining can overwhelm the surrounding area. Another drawback is that making one aluminum can produces, on average, twice as much carbon dioxide as making one plastic bottle of the same size. Manufacturing aluminum cans with hydro-power instead of fossil fuels can dramatically reduce their greenhouse gas (GHG) emissions. However, when all types of aluminum mixes are averaged out, cans still contribute twice the amount of GHG emissions compared to plastic bottles due to a process called “smelting” in which bauxite is heated to super-high temperatures and turned into aluminum. The silver lining? Recycling aluminum can save 95% of the energy used to make a new can because the energy-intensive smelting process does not need to take place again. So, despite the higher energy input of virgin cans, aluminum comes out on top because of its high recycling rates combined with its infinite recyclability. Close call, right? 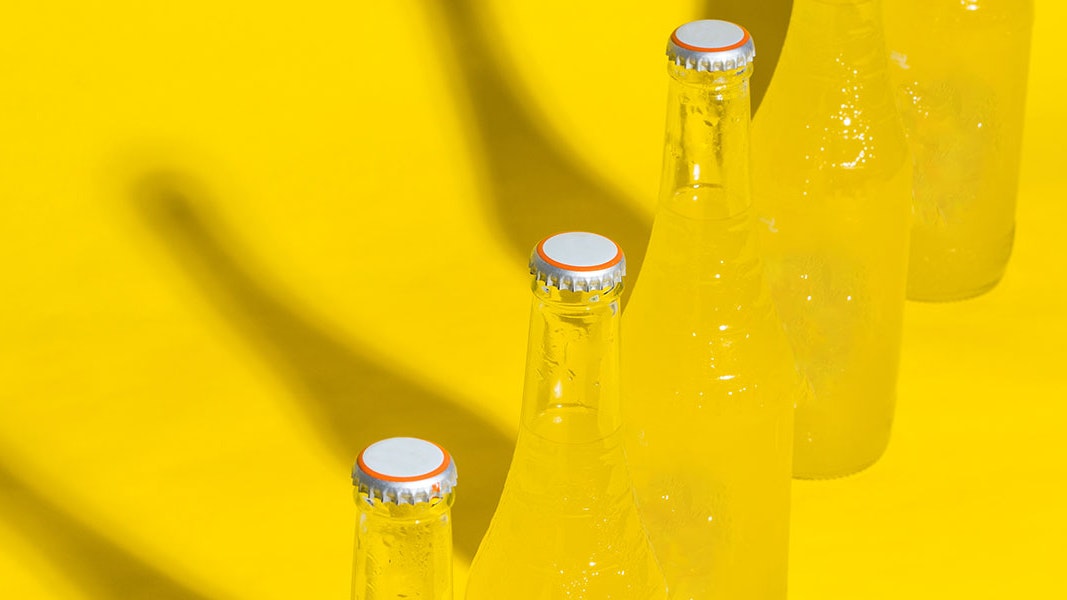 Time to unpack the runner up...Glass is made of naturally occurring materials such as sodium carbonate, silica sand, and limestone, and is frequently mixed with recycled glass. While the raw materials that are required to make glass bottles are broadly available in the U.S., mining of any kind is bad news. Limestone mining, in particular, has consequences like water contamination and habitat destruction, which can harm those who live near limestone quarry sites. Studies show that dust from limestone mining is associated with an increase in heart and respiratory diseases, as well as cancer.

Like aluminum, glass can be endlessly recycled and its structural integrity doesn’t suffer when it is reprocessed. However, glass must be separated by color before recycling, a process that is dependent on the rules of your municipality (more on that later). Some recycling plants even reject colored glass altogether. On top of the sorting difficulties, glass is heavier than plastic and aluminum, and is therefore more costly and energy-intensive to transport. These factors present a barrier to glass recycling which can be seen in low recycling rates. Of the glass packaging generated in 2018, 55.4% landfilled was landfilled, 13.4% incinerated, and only 31.3% was recycled. Considering the potential energy savings (recycling one glass bottle saves enough energy to power a television for 20 minutes) and the possible raw material savings of recycling glass, this is a huge bummer. Shockingly, if your glass bottle is amongst the 55.4% landfilled, it can take one million years to decompose. Say what?! However, because glass is mostly made of sand and limestone, it is a pretty innocuous material and the consequences of it ending up in the ocean are immeasurable.

IT SEEMS LIKE WE’RE JUST TALKING ABOUT RECYCLING, HUH?

Yes, we need to bring it back to what drink to buy when on the road...but let’s drive home this critical point first:

Learn your local recycling guidelines. The American recycling system certainly has its failings; a total of 45 million U.S. households lack access to curbside recycling due to costs associated with recycling programs and in some rural areas, due to sheer distance between homes. But despite these structural problems, the low recycling rate in our country also rests in our hands as regular people. Of the approximately 11 million tons of plastic packaging waste landfilled in 2020, it is estimated that about 4 million tons of that waste was landfilled due to consumer behavior. Studies show that even in areas where consumers do have access to curbside recycling, only about 40% of recyclables make it into the recycling bin. The American recycling system depends in large part on consumers’ ability to put recyclables in the right bin, and 60% of the time, we fail to do so. Bummer, right? And chances are, if you’re taking the time to read this post, you’re probably not the one carelessly tossing your La Croix can in the trash when you’re through with it. Ultimately, it’s our responsibility to make sure our recyclables get into the right curbside bin. So, the best thing you can do as a consumer is learn your local recycling rules and make an effort to look into local rules when you travel. Brush up on your recycling etiquette with this recycling 101 guide and this state-by-state recycling guide.

OK, BACK TO SHOPPING TIPS!

So, your go-to rule of thumb is: aluminum > glass > plastic. Here’s a quick breakdown of why:

Glass is difficult and costly to recycle, but it is more likely to be reprocessed than plastic, and it is made out of materials that aren’t toxic if they reach the ocean.

PCR (aka recycled) plastic diverts plastic waste from landfills and oceans, and saves energy required in the petroleum extraction process. It’s not our favorite, but it’s a huge step up from virgin plastic (our least favorite), which, from extraction to disposal, has devastating environmental effects, including microplastics.

Finch hasn’t yet run these beauties through our algorithm for official ratings, but we’ve used our analysis to highlight some brands that are committing to that PCR life.

Ozarka has started to convert their packaging to 100% recycled plastic.

Deer Park has started to convert their packaging to 100% recycled plastic.

Zephyrhills has started to convert their packaging to 100% recycled plastic.

Sprite launched soda bottles made of 100% rPET in the Northeast, California and Florida in February 2021.

Naked is the only juice/smoothie brand in grocery retail stores that uses 100% rPET packaging.