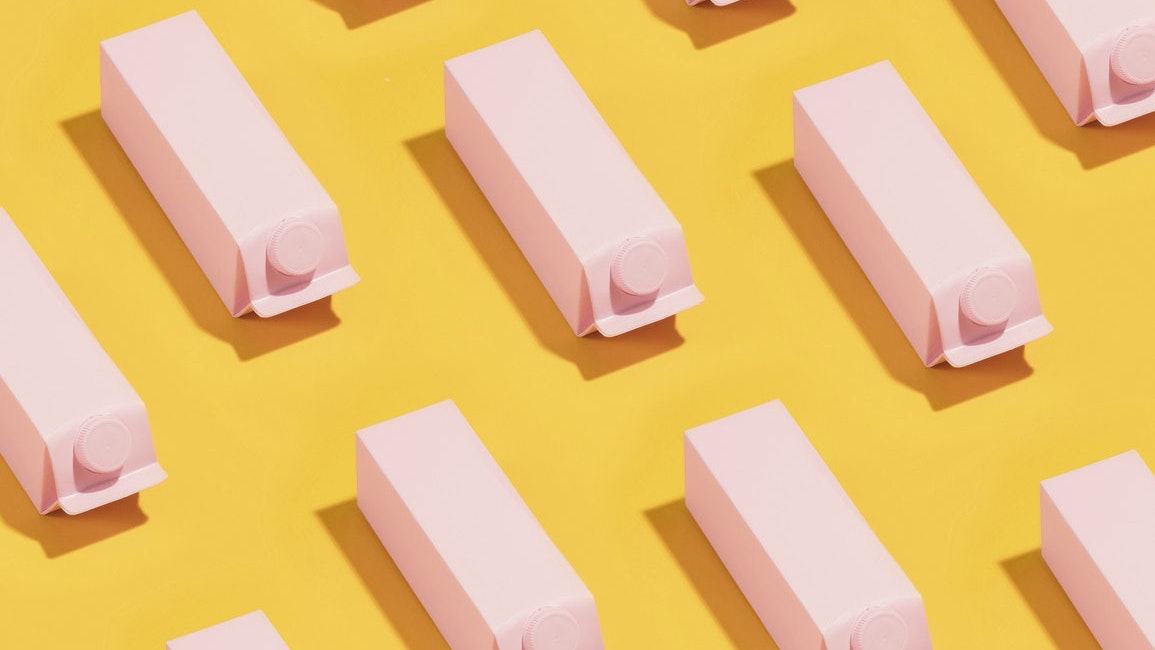 As more and more plant-based milk options crop up, we can’t help but wonder: what consequences does this burgeoning industry have on land, farmers, and our health? What kind of farming and labor practices are we supporting when we choose Fair Trade over conventional? Is almond milk really killing the bees?!

At Finch, we know small decisions matter. That’s why we plumb the data around sustainability and quality to make assessments that cut through confusing brand claims to help you land in the right place. Some plant-based milk products have their drawbacks, but the good news is that they all offer a sound, nutritious option that lets us be more responsible consumers. We did the homework so you can make the choice.

Benefits: Oat farming requires very little water and mostly takes place in northern regions such as Russia, Canada, and Poland, where water is not scarce. Oat production is not associated with deforestation, and since the industry has always been vital for producing animal feed, there is no shortage of the crop.

Drawbacks: Unfortunately, most oats are mass-produced and are sprayed with Roundup right before harvest. Glyphosate, the main active ingredient in Roundup, was determined by the World Health Organization to be “probably carcinogenic to humans” in 2015, and was added to the State of California’s list of known carcinogens in 2017. A study done by the Environmental Working Group in 2018 detected glyphosate in 96% of products made with conventionally grown oats, and 31% of products made with organic oats.

Nutrition: Compared to other plant-based milk options, oat milk is high in calories and carbs. It also naturally contains a few grams of fiber per serving and has more vitamin B-2 than cow milk.

Finch’s Take: We love oat milk for its low-impact and great taste, so we were disappointed to hear about the glyphosate problem plaguing the industry. The good news is that Oatly, one of our favorite oat milk brands, is certified Glyphosate Residue Free by The Detox Project. If you can’t find Oatly, an organic oat milk is the way to go.

Benefits: Almond milk has the smallest carbon footprint of the dairy alternatives currently on the market.

Drawbacks: Almonds are super water-intensive, and unfortunately 80% of the world’s supply grows in California’s arid Central Valley. Since this area is so dry, an outsized share of a precious resource is literally poured into almond farming. To make matters worse, the over-cultivation of almonds damages bee populations. During the winter of 2018-2019 almost 40% of all commercial bees were wiped out, mostly due to pesticide use and a lack of biodiversity in monoculture operations like almond farming.

Nutrition: Almond milk is naturally rich in vitamin E and is high in fat and protein relative to its carb content (as long as it’s unsweetened), so it’s a good option for those on a low-carb diet. It is also low-calorie compared to other plant-based milks.

Finch’s Take: As the most popular dairy alternative out there, almond milk is hard to avoid if you’re not a cow milk-drinker. It’s also pretty delicious, and we love it for its low carbon footprint. If you’re going to go with almond milk, we suggest buying organic to ensure you’re not supporting farms that are spraying harmful, bee-killing pesticides. It’s also important to note that though almond milk is the most water-intensive dairy alternative, it still only requires about 60% of the water that cow milk calls for.

Nutrition: Flax milk has plenty of omega-3 healthy fats, can be a good source of fiber, and is low-calorie compared to other plant-based milks.

Benefits: Soy milk is environmentally friendly due to its low carbon footprint and water requirement.

Drawbacks: As is the case with other crops grown in massive quantities at monoculture operations, soy can have a negative impact on the soil and climate in which it is grown. Large expanses of the Amazon rainforest have been burned to make room for growing soy, and the industry has been responsible for displacing indigenous peoples in the area.

Nutrition: We know what you’re thinking: What do I keep hearing about the effects soy has on hormones and estrogen? It’s too complicated to come to any strict conclusions, but we think it’s safe to consume reasonable amounts. Like this. If you’re trying to find a close nutritional match to cow milk in calories, protein, and fat, you’ve hit the jackpot.

Finch’s Take: If you choose soy milk, be sure you’re buying a product made from soy grown in the US or Canada so that you’re not contributing to deforestation and displacement. Besides those concerns, this is a great low-impact, high-nutrient option.

Benefits: 70% of the world’s macadamia supply grows in Hawaii, which has a perfect climate for this nut. Macadamia nut farming is good for the environment, as it is typically farmed with other crops such as coffee, and grows in areas that usually get a lot of rain water.

Nutrition: Macadamia milk doesn’t have very much protein, but it does have few calories for the amount of healthy monosaturated fats it offers, making it a great option for those on a keto diet.

Finch’s Take: This plant-based milk is a bit harder to come by, but we love it!

Drawbacks: Rice provides more calories to people around the world than any other crop, and according to the EDF, has the highest climate impact of any crop per calorie. The rice industry is responsible for almost 36% of the world’s methane generation, and is very water intensive.

Nutrition: Though rice is vital in providing calories and nutrients to many people cross the world, rice milk itself is not the most nutritious dairy alternative. Rice milk has a high glycemic index, and a high carb but low protein content compared to other plant-based milks.

Finch’s Take: This planet-based milk has neither the best ecological profile nor the best nutritional profile, so we usually reach for other options. If you’re going to buy rice milk, look for products that are Fair Trade Certified to ensure that the farmers growing the rice are treated well and paid fair wages.

Benefits: None to report.

Drawbacks: Believe it or not, this friendly-looking nut is actually surrounded by a toxic shell that can cause irritation and even burns to the skin of workers who peel the nuts for our consumption. On top of this problem, the workers in the cashew industry are usually paid by weight of cashews processed rather than for their time, giving them a monetary incentive to forego protective gloves that slow down their work.

Nutrition: Cashew nuts are packed with copper, calcium, magnesium, unsaturated fats, protein, and fiber, but unfortunately most of these nutritional benefits are lost during processing. Fortified versions are available to those looking for certain vitamins and minerals in their milk.

Benefits: Hemp milk is hard to beat from an environmental standpoint. This fast-growing plant regenerates the soil in which it grows and is extremely versatile. Hemp can be grown without pesticides and requires very little water. The byproducts of hemp can also be used to make a variety of products from food to clothing to housing insulation. Most hemp comes from small scale operations in the northern hemisphere, so the crop is not associated with the drawbacks of big monoculture operations like almonds, soy, and rice.

Finch’s Take: Hemp milk is one of our favorites! Put that in your pipe and smoke it.

Benefits: Coconut farming requires relatively little water and is grown in areas where water scarcity is not an issue.

Drawbacks: Though coconut milk is less popular than other dairy alternatives, small-scale farmers cannot keep up with the growing demand for this product. The majority of coconut farmers live below the poverty line, earning around $1 per day. Meager wages are exacerbated by the burden of subtropical locations: most coconut farms are in Indonesia, the Philippines, and India where frequent typhoons and weather anomalies are among the ominous results of climate change. Coconut milk also has a relatively high carbon impact because of how far it has to be shipped to get to our markets in the US.

Nutrition: Coconut milk has very little protein and is high in saturated fat, which is recommended to be consumed in limited quantities (even when derived from plant sources).

Finch’s Take: Coconut milk is a great dairy alternative for cooking, but its nutritional profile and drawbacks don’t make it our favorite option for everyday consumption. Fair Trade USA is investing in community development, financial support, and disaster relief for coconut farmers, so buy Fair Trade Certified if you’re going to choose this milk.

Benefits: Pea milk is made from yellow split peas, a crop that is grown primarily in the northern hemisphere. Since peas naturally grow in areas where water scarcity is not an issue and they don’t require much nitrogen fertilizer, they are an environmentally friendly crop.

Nutrition: Pea milk is low-calorie (as long as it’s unsweetened), and contains a similar amount of protein and fat as 2 percent cow milk.

Finch’s Take: We’re all in on pea milk, especially from Ripple.

Benefits: Pistachios require less water than almonds do, and their shells and hulls can be burned for energy and used in animal feed. Pistachios are also wind-pollinated, so they don’t hurt commercial bee populations.

Drawbacks: Pistachios are primarily grown in California’s drought-ridden Central Valley, and they require enough water that they’re hard on the local environment.

Nutrition: Pistachio milk is a high calorie milk option and is a good source of fat, fiber, and protein.

Finch’s Take: Pistachio milk is superior to almond milk from an environmental standpoint, but there are many better options out there.

Benefits: Hazelnuts are pollinated by wind, so they don’t put a strain on commercial bees.

Drawbacks: About 70% of the world’s hazelnuts are grown in Turkey, where hazelnut farmers face adversities such as hazardous working conditions and rampant child labor. The local government has been trying to crack down on these corrupt systems for years without success.

Nutrition: This milk has a good amount of fat, but little fiber and protein.

Finch’s Take: If you are going to buy hazelnut milk, find an option that uses nuts grown in the US to ensure you’re supporting farms with safe working conditions.

The path to making the best choices as a consumer often involves knowing facts that we’d rather turn a blind eye to. While some of this information is shocking, it is not meant to be discouraging. No matter which plant-based milk option you choose, it is better than a dairy version, and you should feel good about supporting an industry that is changing the way we consume for the better.