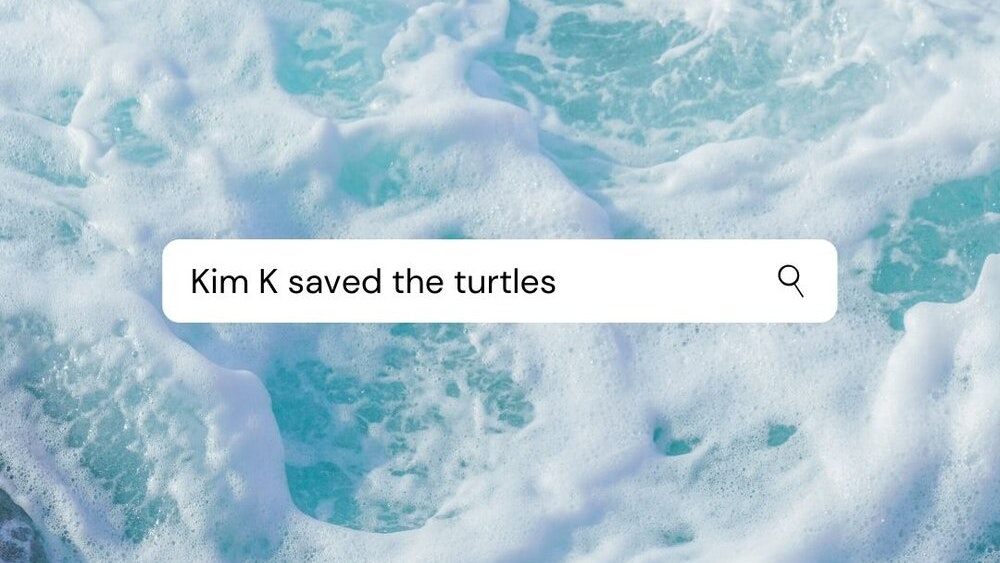 I’ve done some things in the last few months I’m not proud of. Working from home, I answered a work call in my post shower towel not knowing it was a video call. In playing a friendly game of tennis, I whacked the ball across the court directly into my friend’s eye, shattering her contact lens into a million pieces and causing her to collapse to the ground. But perhaps my least proud moment was when I got called out at a sustainability conference for drinking out of a plastic straw. Plastic straw usage within two blocks of a millennial = public shaming. A year ago, though, this took up less airtime for environmentalists than Mozart did at Bonnaroo.

So when and why did the plastic straw become the pariah of sustainability?

There’s legitimate reason to believe that when Kim Kardashian posted to her 116 million followers that beach plastic was a problem, it eventually led to Starbucks, Hyatt Hotels, Disney, and the Barclays Center to phase out single-use plastic straws. Am I suggesting the mother of Saint, Chicago, and North had sole responsibility in this? Of course not (although, honestly, I’m still unclear on her contribution to this world). But the power of social media is 100% responsible for these recent shifts.

Plastics have transformed our lives, for the better, since World War II.

“They’ve eased travel into space and revolutionized medicine. They lighten every car and jumbo jet today, saving fuel — and pollution. In the form of clingy, light-as-air wraps, they extend the life of fresh food. In airbags, incubators, helmets, or simply by delivering clean drinking water to poor people in those now demonized disposable bottles, plastics save lives daily.” — NatGeo

Plastics also have had a backlash not even Belgian chemist Leo Baekeland himself would have predicted. I recently heard a funny analogy: the plastic straw bans are like finding out the inhumane practices of pig production and only cutting bacon out of your diet. Plastic straws are a tiny part of the problem, it’s a step in the right direction.

Here are the freaky numbers:

There are two huge problems:

Ocean plastic is not as complicated to fix as climate change. There aren’t any ocean plastic deniers out there, and the word is getting out!

What are the pros doing about this?

The best thing to do is to stop this flow from the source. On the industry-level, professionals are innovating not only how to better handle single-use plastic, but how to operate in a world with less of it. They’re thinking about bringing back the milkman, making wood from plastic, and capturing the 86% of recyclables currently not being recycled.

What can we do about this?

As a mere mortal who just wants to drink her Polar Seltzer in peace, these issues become so overwhelming that it’s understandable to simply throw our hands up. But I promise, these four simple steps below can make a huge difference:

So, Kim, on behalf of Scuttle and Nemo, we thank you.

Words To Get The Party Started

Used only once before getting thrown away. Includes plastic bags, straws, most food packaging.

Also known as Plastic #1, most water bottles (Dasani and Aquafina) are made out of this. These bottles are not durable enough to withstand use, cleaning, and reuse without losing their integrity.

Bioplastics will biologically break down into carbon dioxide, water, and biomass. One can source bioplastics from renewable materials like sugarcane. Traditional plastics that are made from fossil fuels are not biodegradable, however they are degradable. Everything degrades eventually, even if it takes a thousand years. They do not decompose into harmless natural residues, they simply turn into microplastics that end up in food or water.

A substance capable of being decomposed by bacteria or other living organisms. This could mean it takes up to 1,000 years, so be careful when you see this.

To understand plastic, you need to start with its basic ingredient. Polymers are basically chains of molecules made up of repeating subunits (called monomers) bonded together. When chemists combine various monomers in different arrangements, you get plastic!

The Summer of Plastic Straw Bans: How We Got There

No One Knew How Many Plastic Straws Americans Use Every Day. Then a 9 year old Kid did the math

We Depend on Plastic. Now We’re Drowning In It

Where Are Plastic Bags Banned Around The World?

A version of this article was originally posted in September 2018 on our founder’s blog, which is where Finch got its start.