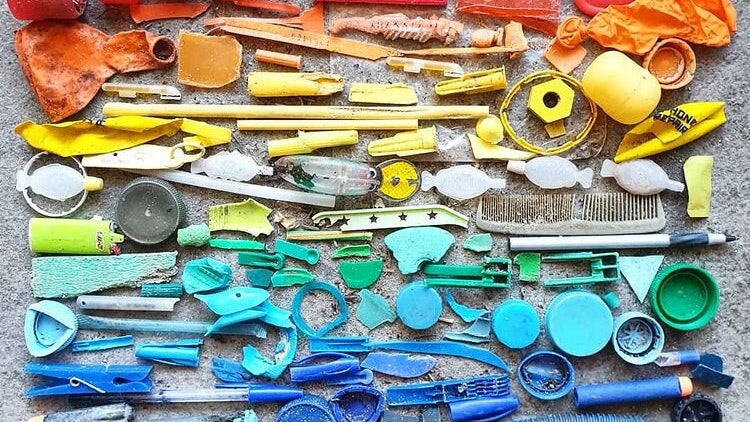 The United States recycling system is utterly confusing. Each state has its own rules on what, how, and where to recycle, and cities within those states have even more different and distinct rules on how to recycle. There is no uniform guide to recycling, leaving a lot of room for error and confusion. No wonder our recycling rates in this country are so low, with only about 24% of material solid waste being recycled in recent years.
Luckily, we’re working on a resource center with more helpful recycling deets, stay tuned!

So, how did our recycling system get so tangled? The truth is, it wasn’t always such a puzzling process.

Turns out, upcycling has been around long before you started DIY-ing aluminum cans into planters for your succulents. At the turn of the 20th century, rag collection was the only form of recycling in place. People would walk around to houses and ask for old rags (yes, people actually did this), which could then be made into recycled paper. With the start of World War II and the government’s realization that war costs could be minimized if they didn’t have to start from scratch to source materials, the drive to reduce, reuse, and recycle really kicked off. The government and citizens alike tried to find the cheapest solution; oftentimes, the biggest bang for your buck was to reuse something you already had.

This led to a call far and wide for people to refrain from throwing out old materials and instead recycle them. Americans would take scrap metal from junkyards and repurpose it into something new, or they would modify old clothes to fit new trends and needs. War propaganda included helpful posters on how to prepare materials for recycling and what those materials would be used for in their second lives — think Uncle-Sam-style I want you… to recycle. Scrap drives were quite popular, along with tin, rubber, and paper recycling. Recycled products would go on to make anything from ammunition, patches for boats and planes, to gas masks for soldiers.

After the ’40s and ’50s (i.e. the post-WWII era), the recycling boom seemed to die down until the late ’60s when the modern environmental movement in the United States began in earnest. This is when Americans finally began to recycle with the planet in mind. The government was also onboard — environmental legislation around air and water quality started to get passed, and, thanks to Rachel Carson’s Silent Spring that exposed the malicious side effects of pesticides, people became more aware of how harmful pollution really is. Keep America Beautiful created helpful PSAs to encourage the public to take part in recycling, and local recycling centers became popularized, though there were a few pickup programs scattered throughout the country as well. By the 1990s, curbside recycling was regular practice, and more and more states joined in to promote recycling and reduce waste in their landfills. Curbside recycling became commonplace and most of our recyclable materials were sent to China for the actual recycling process.

Since the ’90s, there haven’t been many updates to the American recycling system. On one hand, for people that were born in the ‘80s and ‘90s, it’s hard to reconcile that the 1990s were three decades ago. On the other hand, with how far industrialization has pushed the take-maste-waste process, it’s no wonder we’re working with such an outdated recycling system. In 2018, however, the American recycling system was turned on its head when China introduced the ‘National Sword Policy.’ This policy stated that China would no longer take some foreign countries’ recyclables, including those from the U.S. This policy was mainly put in place to limit the number of recyclables that China had been taking in to curb the effect that the recycling process was having on China's environment and people.

Because U.S. recycling companies and centers weren’t equipped with the infrastructure needed to process recyclables like China could, waste companies in the U.S. that had previously advertised the recycling of paper and plastic were left with a tsunami of these products. More and more local municipalities had to choose to repeal their curbside recycling programs and turn back to landfills simply because it was now too expensive to recycle the waste they normally sold to China. That’s when the lightbulb really went on that America’s recycling system is more about economics than environmentalism. Still, many Americans saw this as the end of recycling.

Fortunately, those folks were wrong. In fact, this crisis gave many people, companies, and governments the motivation to innovate their own recycling systems. Local centers and companies made improvements to their recycling centers in order to be able to handle more waste. Cities began to encourage their residents to follow recycling rules more strictly. The combination of innovation and public awareness means that fewer issues arise during the process of recycling, so materials can more easily and efficiently be recycled. Though some cities may have lost participants in recycling programs due to higher prices, many people still continue to recycle. Today, more than 35% of waste in the US is diverted, but, there is still progress to be made in transitioning to a more circular future.

WHY IT’S IMPORTANT (AND WHAT YOU CAN DO)

The more waste we can keep out of landfills, incinerators, and the ocean, the better. Landfills create harmful greenhouse gases not only through the burning and incineration of waste, especially plastic, but also from just having junk sitting around. And what about organic waste like your banana peel or lawn trimmings? When it sits in a landfill instead of being composted, it decomposes and emits methane. Methane’s global warming potential is 25x that of carbon dioxide, meaning it is more of a contributor to climate change than carbon dioxide when compared ton for ton. By composting, not only does your trash not smell really bad from last week’s lasagna, but your food scraps actually help to enrich the soil.

So, what can you do? Think about what you buy; will you use it to its full potential? How will you get rid of it? Can you reuse it? Is there an alternative? The less you consume, the easier it is to avoid the hassle of waste altogether After that, recycling and composting is a great place to start. Check to see if there are local compositing locations near you, and follow your local municipality rules to figure out what you can recycle and how to do it correctly. Generally, this means making sure your recyclables are empty, clean, dry, sorted, and unbagged. Following all these steps will ensure that your recycles have the best chance of making it to the recycling center.

The most important (and kind of unfortunate) rule of thumb? When in doubt, throw it out. You don’t want to risk contaminating the whole stream just to recycle one questionable item. Finally, spread awareness. Let other people know about the recycling rules in your area. If you see someone throwing away something that can be recycled or vice versa, kindly share what you know and help them make the right choice. It takes everyone working together to help make a difference and protect our environment.