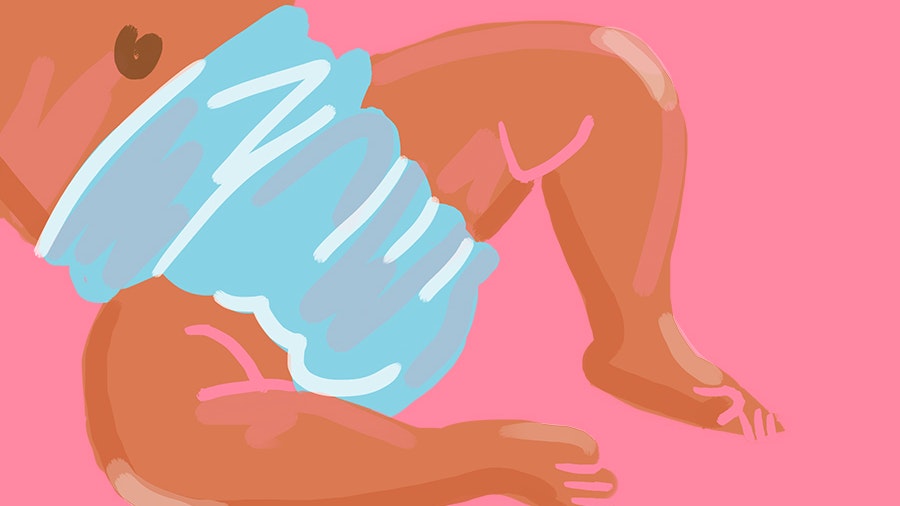 In their first year of life, a baby goes through around 3,000 diapers. Each year, an estimated 20 billion disposable diapers are added to landfills in the United States, creating 3.5 million tons of waste. Those diapers take up to 500 years to degrade, which means that, hypothetically, someday your descendent 25 generations later could drive his flying car by a landfill where a diaper you once wore still sits. These poor children are already racking up his or her own environmental footprint before they can even talk.

This isn’t an effort to shame the parents (or babies) out there. You’re all doing great! Instead, here’s a little more information to ensure you’re making the most informed decisions possible. The Beach Boys said it best…Don’t Worry, Baby.

(Spoiler alert: I’m not a mom, nor do I change diapers on the reg. There are so many other factors like absorption, quality, fit that I’m not taking into account. Instead of attempting to do this, please use the outline below as an additional resource to your other sources of information, like Babylist.)

Cloth isn’t always better than disposables. A UK-based study found that the amount of carbon dioxide produced by using disposable diapers for 2.5 years would be less than the carbon output of laundering reusables in most cases. Even considering that disposables end up in landfills, the impact might still be less than using cloth. If you did use cloth, you would have to run full loads of diapers on cold water without using a dryer, and reuse them on a second child to help decrease the carbon footprint. Further, given the amount of diapers you would need to keep up with your baby, the estimated cost savings from buying cloth versus disposables is around $20-$40 a month – not exactly a slam dunk.

If you’re interested in going the cloth diaper route, more power to you! If you’re particularly concerned about the 30% of non-biodegradable waste in our landfills, cloth is a great option.

You’re not missing out on quality when you buy eco-friendly diapers. In this analysis of green (meaning chlorine-free, latex-free, dye-free, and partially biodegradable) versus traditional diapers, green diapers outperformed traditional diapers on absorbency and most other metrics.

Another major concern for parents is the potential chemicals in plastic disposables. A few of these chemicals are present in pesticides and have been found to cause cancer, but so far no major studies have concluded this is any harm to babies. Furthermore, cloth diapers are only potentially better for baby’s skin if they’re changed more often, because they’re often less absorbent than disposables.

Due to the sheer inconvenience, paired with the fact that cloth diapers aren’t exactly environmentally superior to disposables, here are the winners.

A version of this article was originally posted in June 2020 on our founder’s blog, which is where Finch got its start.