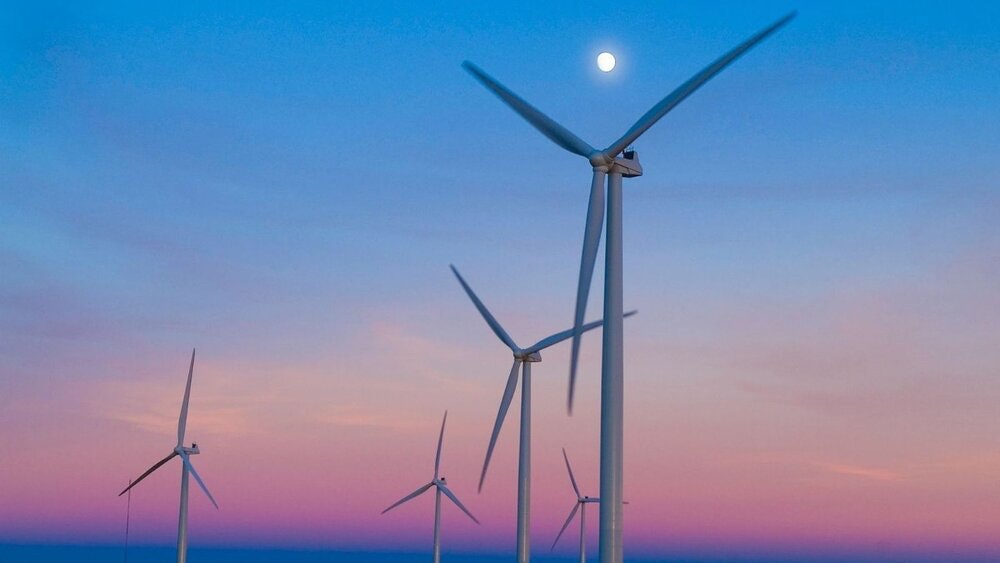 As you might imagine, we are big fans of wind turbines over here. But despite the benefits of wind energy, we’ve still got some skeptics in the room, most of whom are talking about the waste associated with wind turbines. What’s the deal here? Never thought about the waste associated with wind turbines? Is the problem actually as bad as people make it out to be? Can we really consider wind turbines to be a “sustainable” energy source if they produce a bunch of landfill-bound waste? In this blog, we’re going to get to the bottom of these questions so that next time your neighbor starts talking smack about wind energy, you can drop some kind, science-backed knowledge.

LET’S START AT THE BEGINNING…

In order to understand the waste problem associated with wind turbines, we need to understand how they work in the first place. Basically, wind turbines are giant structures with propeller-like blades that are turned round and round on a rotor, which spins a generator. When the generator spins, it creates electricity. They exist in windy places like the plains of the American West and offshore of East Coast states, and have proven to be a viable alternative energy source to fossil fuel-reliant power plants. The concept of using wind to create energy is not new -- the Persians began using windmills over 1,000 years ago to grind grain into flour and transport water, and they’ve been used in America since 1854. But in the face of climate change, windmills have taken on a new significance in the American energy landscape (and with slightly more advanced technology than those Persian ones). In 2020, 8.4% of total U.S. electricity generation was wind powered, and that percentage will only increase in the coming years.

WHAT’S SO GREAT ABOUT THEM?

Wind turbines are great because their source of fuel (wind) is free, inexhaustible, and doesn’t produce greenhouse gas emissions or other emissions that cause acid rain and smog. Wind is an inherently “sustainable” energy source because its generation does not negatively impact our environment. While coal and natural gas are finite resources, guess what? Wind isn’t going anywhere. We will always have wind. This means that it’s not subject to market volatility because governments and corporations don’t control its supply like they do for coal and natural gas, those finite resources we mentioned before. The wind energy sector is also creating jobs. “Wind turbine technician” is one of the fastest growing jobs in America, and this burgeoning industry is particularly good for rural economies where many of America’s wind farms are located.

At the moment, basically all of America’s wind farms are located on land. But investment in wind farms offshore (where you can probably imagine there’s a ton of wind power to be harnessed), is growing. In May 2021, authorities approved the construction and operation of the Vineyard Wind project, which will be an installation of 62 wind turbines off the coast of Massachusetts. It is the first large-scale offshore wind project in the U.S., and it is expected to create 3,600 jobs and power 400,000 homes and businesses. This is a huge step in the direction of decarbonizing our energy grid, and will be followed by similar projects.

Though it might seem counterintuitive, offshore wind farms have the added benefit of being good for ocean health. The presence of these structures thwarts the ability of commercial fisheries to bottom trawl in the area. If you don’t know what bottom trawling is...basically, it’s when commercial fishing vessels drag heavy nets across the seafloor, snatching up anything and everything in their path. As you might imagine, this practice results in the overfishing of lots of non-target species including sea turtles, juvenile fish, invertebrates, and deep sea corals. Over time, repeatedly trawled deep sea coral forests are destroyed along with the ecosystems that they support. Preventing this practice is doing the seafloor a huge favor. Also, offshore wind turbine pilings act as artificial reefs by providing refuge to aquatic life in the area. Artificial reefs have the ability to diversify local marine ecosystems and bring back species that have fled due to relentless exploitation by commercial fisheries. It’s a win-win, right?

SO WHY ARE PEOPLE HATING ON THEM?

As with all good things, wind turbines come with a few downsides that have earned them some haters. People complain that wind turbines are a visual eyesore, that they make too much noise, and that they kill too many birds. For the record, the latter is a myth perpetuated by Donald Trump, who in 2019 referred to wind turbines as a “bird graveyard”, saying “go under a windmill someday, you’ll see more birds than you’ve ever seen ever in your life.” This statement is...creative... but the US Fish & Wildlife Service actually reports that collisions with wind turbines kill up to half a million birds annually, whereas oil, gas, and coal are responsible for up to 9 million bird deaths every year. To put that all into context, according to a 2013 study, cats kill up to 4 billion birds each year. While it’s really upsetting that so many birds die as a result of wind turbine collisions each year, it’s important to keep these facts in context.

As for the aesthetic concerns associated with wind turbines… have you ever seen a gas fired power plant?! If you have driven by the Newark Energy Center, a power plant off of the New Jersey Turnpike on the way from NYC to Newark airport, you know they’re an eyesore. And so are coal and nuclear power plants. For these reasons, we think the aesthetic argument here is super weak. Noise pollution shouldn’t be much of an issue either. At a distance of 300 meters or more (likely the position of the closest house to any given wind turbine), the turbine will have a sound pressure level of 43 decibels. To put that into context, refrigerators can reach 40 decibels, the average mid-sized AC unit can reach 50 decibels, vacuum cleaners can reach 80 decibels, and blenders and cicadas can reach 90 decibels. While we can only imagine that the constant whir of wind turbines can get quite annoying, the only silent alternative is solar power (more on that later this week).

Another downside of wind energy that has been a major critique of the industry at large is the waste created by decommissioned wind turbines. Skeptics are not afraid to whip out photos of turbine blade graveyards to horrify people, and the media certainly does not shy away from publishing these images.

WHAT’S THE 411 ON WIND TURBINE WASTE?

Remember those blades we mentioned before? Well, they’re basically the only part of a wind turbine for which there is no feasible recycling solution ATM. The trouble starts when a wind turbine reaches the end of its life (this usually takes about 25 years). When a wind turbine is no longer operable, it is dismantled. 85% of its components including steel, copper wire, electronics, and gears, are recycled and given a second life. But the pesky blades can’t be easily recycled due to the fact that they’re made out of fiberglass which is super lightweight and durable, but also super super hard to physically break apart and recycle. Even breaking them apart for transportation requires diamond-encrusted saws like those used in quarries. Because of these recycling issues, turbine blades in the U.S. are usually sent to landfills in Iowa, South Dakota, and Wyoming, where they’re buried 30 feet underground. For the next three years, it is estimated that the U.S. will have to deal with some 8,000 decommissioned wind turbine blades annually, most of which will likely end up in landfills.

Thankfully, there are a lot of really smart people spending a lot of time thinking about how to recycle wind turbine blades. A partnership involving universities across the U.S. and Ireland called Re-Wind is focused on repurposing wind turbine blades to be used in civil engineering projects as parts of towers, roofs, and pedestrian bridges. The European consortium WindEurope is also developing innovations in blade recycling through measures using cement co-processing (whereby blades are put through cement kilns), mechanical grinding, thermal recycling processes, and chemical solvents. We’ve still got a long way to go in finding scalable, economically viable solutions, but we’re taking steps in the right direction.

LET’S NOT LOOK AT THIS WASTE IN ISOLATION…

Wind turbine waste is not ideal; I’m sure we can all agree on that. But is it really as bad as some are making it out to be? To answer this question, we’re going to look at it in the context of other types of waste.

Let’s be real… all energy sources produce SOME type of waste. In fact, coal actually produces about 200 times the amount of solid waste per megawatt-hour of electricity compared to wind electricity (and this doesn’t include all of the polluted wastewater and end of life waste from coal plant equipment). So if we replaced all coal power plants with wind farms, we would actually see a reduction in landfill bound waste associated with the energy sector.

Yes, wind turbine waste is a problem. But do you see why it’s so important to look at the numbers in context of other industries? If by installing wind turbines and ultimately creating non-recyclable blade waste we are also getting rid of coal power plants, we are moving in the right direction. Until our technological advancements catch up, we’re in favor of picking the lesser of two evils. As always, we’re on an ever-evolving path of progress (not perfection) and no one has all the answers. All we can do is adapt and take steps forward.