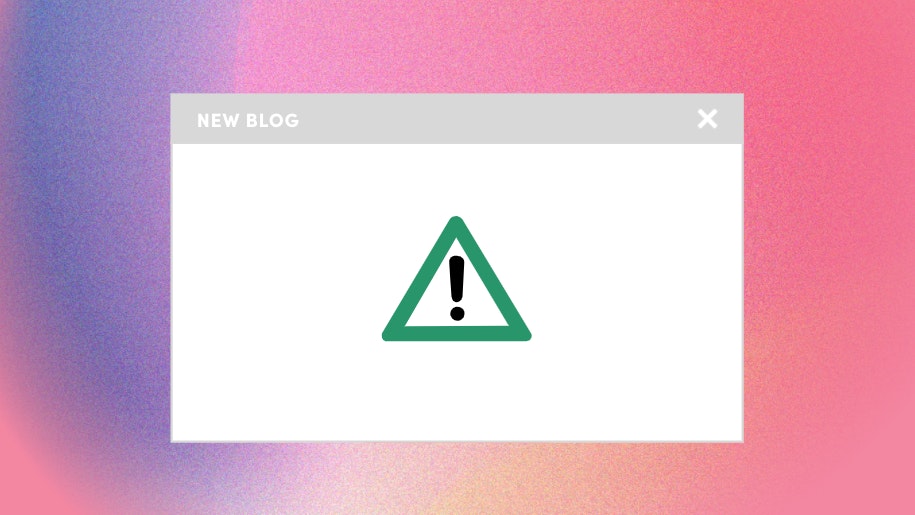 We’re the first to admit when we’re stumped on a sustainability topic.

When we were asked, “By writing blog posts and having people read them, aren’t you hurting the environment through higher energy use and by using electronics?”

Our gut was, “Oh shoot, we should look into that.”

Is it possible that writing these blogs are actually doing significant damage to the planet? Truth is that we honestly didn’t know the answer.

We produce these blogs so our community can learn more about how to be considerate of the environment through more informed purchases and more sustainable living. The only logical thing to do was to figure out by using the best science we could find to understand the impacts of computers, phones, data centers, and the information they all share – aka all the things that go into making online blogs a possibility.

THE LIFE CYCLE OF A BLOG

Here we are talking about the Environmental Life Cycle, which allows scientists to think about the impacts of a product at every single point in its journey from the first time raw materials are taken out of the ground all the way until it is trashed. Scientists then run complicated models called Life Cycle Assessments, aka LCAs, to calculate all of the possible impacts.

Spoiler Alert: We run those same LCA models here at Finch to rate products as part of putting them through the wringer.

Fortunately, life cycle thinking isn’t just for physical products. The same philosophy works for evaluating blog posts! When applying this model to blogs, we take into account, for example, a) the extraction of materials to make computers and data centers; b) the manufacturing and production of all of our electronics along the way AND the effort it takes to produce a blog post (hey, it’s hard work avoiding sustainability jargon), c) the storage of online posts in data centers, which is what makes it clickable and readable, and d) the time spent reading the post or “using” it. Of course, no computer or phone lasts forever and, while the blog post won’t be thrown out, our computers will someday. Reading anything on your computer or phone makes it work just a little bit harder, bringing it just a tiny bit closer to the end, so that has to be taken into account.

Now that we know where the environmental impacts might happen, we can figure out what they are.

Research out of Yale University has shown that the total number of chemical elements found in advanced electronics has increased from 12 in the 1980s, to 15 in the 1990’s, to more than 60 today. A lot of the newer elements in electronics can be rare or precious, which means extracting them requires significantly more land destruction and energy use – on top of the fact that these elements don’t come out in their purest forms. They are usually found in deposits among other elements, some of which can be very toxic to humans and animals.

Let’s look at germanium, for example, which is essential for the semiconductor industry. This element is a relatively safe material for humans to touch, breathe in, or eat. (It should go without saying: please don’t eat random chemical elements.) Even though germanium is fairly safe, it is commonly found in lead-containing deposits, which means that miners and the surrounding soil and water could accidentally be exposed to a known neurotoxin. Yikes.

To extract these elements, a whole host of strong acids and bases often need to be added to pull out the pure materials, leading to a huge stockpile of chemical wastes. Let’s also not forget that our phones and computers have loads of arsenic, lead, mercury, and other dangerous chemicals inside. This is not a fear tactic – all those toxic chemicals are in low enough amounts where they will never harm you, so no need to throw out all of your electronics and decide to live a life of cell phone celibacy. That is not the case, however, for the workers that are physically extracting and purifying these materials, who are more likely to develop certain types of cancer due to their constant exposure.

Fortunately, there have been concerted efforts, especially in the U.S., to limit direct exposure to harmful materials that will end up in our electronics, and nanotechnology scientists and Green Chemists are working to replace hazardous materials with safer ones.

Now that the materials have been extracted, they need to be combined together to build our computers, data storage hardware, and phones. This can require a lot of energy, which means it can also lead to the release of a lot of greenhouse gases. The Natural Resources Defense Council produced a report that found that more energy is used to produce desktops and laptops than to power all of them over their lifetimes.

The not-so-good news? While cell phones continue to become more energy efficient during use, manufacturing them is becoming more energy intensive. In fact, making your cell phone requires the same amount of energy as charging and using it for five years! And, unfortunately, the same fears around toxic materials exist in manufacturing as in extraction.

After waiting 12 hours outside of the local Apple Store for the newest iPhone, we’ve entered the use phase of our life cycle, where the user has the most control over the environmental impacts of their products.

Here, as expected, the greatest impacts are in the use of electricity, which can be directly linked to the release of greenhouse gases. The average person’s cell phone will use up about 2 kWh per year of electricity, while laptops and desktops are estimated to require 75-125 kWh of electricity per year. To put that in perspective, the average American household consumes over 11,000 kWh per year, so charging a phone and using your computer only takes up about 1% of a household’s total energy use. While 1% isn’t a very large number, it still releases about 115 pounds of carbon dioxide into the air, which is about the same as driving a car 130 miles.

Side Note: Every little action helps slow down global warming, so please turn off your electronics when you’re not using them and try to enable power-saving mode when your device presents it as an option.

Great, so that’s the electronics themselves, but that phone and computer would not be nearly as fun without the Internet, which has a pretty big footprint of its own. Whoever named the “cloud” was a marketing genius because it gives online storage a light, nebulous feeling. The reality is that the “cloud” is actually a huge number of ugly warehouses filled with super hot computer hardware. These warehouses, otherwise known as “data centers”, are the physical locations where the world stores all of its cat pictures, Spotify playlists, and drunk Facebook messages from 2012 – and they are energy intensive.

The American Council for an Energy-Efficient Economy estimated that storing 1 GB of data (about 230 songs, 1 hour of Netflix, or 65,000 pages in Word) uses about 3.1 kWh of electricity. In 2018, more than 200 terrawatt-hours of electricity was required to power the world’s data centers, which was about 1% of all energy use in the world. If data centers were a country, they would be the 22nd largest consumer of electricity. That is absolutely shocking!

Fortunately, data centers and data storage have become way more energy efficient over the last few years. For example, while the total amount of data created and stored around the world

went up by 15x from 2010 to 2018, the amount of energy used by data centers only increased by 6%. New storage technologies, like Hyperscale storage, are way more energy efficient than traditional data storage strategies, allowing us to save pictures of our food without any guilt!

And then, it’s all over.

This is the next part where our actions can make a meaningful difference. Like we said before, the metals in your devices are rare and extracting them can be very harmful to people and the planet. Unfortunately, less than 5% of rare earth metals are actually recycled from our existing devices. By properly disposing of your devices in an electronics recycling facility, you can help improve the likelihood of material recovery and reuse, while also stopping hazardous chemicals from entering the soil or water supply. Many electronics stores have drop-offs, and websites like Call2Recycle can direct you to a location near you. You can also consider looking into retailer trade-in or take-back programs, like the ones that Apple and HP run.

THE ANSWER WE WENT SEARCHING FOR: THE ENVIRONMENTAL IMPACT OF A BLOG

With all that information about computers, phones, tablets, and data centers, what is the actual impact of a blog? We used the above model of thinking to run some calculations based on the real circumstances in which we write blogs. This is just a sample glimpse from Mark (aka me, our in-house scientist, currently writing this blog), but it’s a good way to solve our conundrum.

Step 1: Energy Use and Emissions

I tracked the energy use required to research and write this blog by installing the LocalCooling app, which estimates the amount of power my computer uses based on my hardware and how I use it. Research and writing took me a total of 6 hours, with a power requirement from my ASUS ZenBook of 154 watts, meaning that producing this blog used roughly 0.92 kWh of electricity. The average webpage, like this one, only uses about 3 MB of data, which means storing this blog post on the Cloud only uses about 0.009 kWh of electricity.

This is likely a 5-minute read. For people reading on a phone, that’s about 0.00005 kWh of electricity, while those reading on a laptop use roughly 0.005 kWh – both of these are unbelievably small amounts. Assuming that 1 billion people read this post on their phones and 1 billion more read it on their laptops, we’re at 5,054,000 kWh total. (Ok, so we know 2 billion people will not likely read this. 1 million people is also not that likely – even if my mom keeps reading it over and over again.) So, more realistically, if a thousand people read this post, with half on a phone and half on a laptop, those people collectively used about 2.5 kWh of electricity.

All in, producing, storing, and sharing this blog post with 1,000 people would use roughly 3.5 kWh of electricity, which equates to the release of 3.2 pounds of carbon dioxide emissions.

Based on these averages, my 6 hours of researching and writing only “used up” 0.08% of my computer’s lifetime. Five minutes of reading only “uses up” about 0.001% of your phone or laptop’s lifetime. So, if we were to spread the weight of the extracted raw materials across the entire lifetime of the laptop, using it to produce this blog post “used up” only a few nanograms of rare and hazardous materials.

That means that the total mass of rare and hazardous materials “used up” for this blog was less than the weight of one third of one piece of sand.

The total emissions of a blog post comes out to about 0.0032 pounds of carbon dioxide per reader, which is roughly the same amount of greenhouse gases that are released when you drive a car 28 feet. To put that another way, if I had instead written this blog on printed copy paper and then delivered it to 1,000 people by snail mail, the total greenhouse gas emissions would be more than 90 pounds of carbon dioxide emissions in total! Turns out, blogging is much better for the environment than paper publishing is.

And, when we consider the materials used and wasted, it’s not a significant amount of usage and means that the impacts of this blog are fairly insignificant. Phew!

Now you can keep reading our Decoded blog posts guilt-free. The environmental cost of each blog post is really small, but the power of your actions through more informed purchasing and choices can be much, much larger.