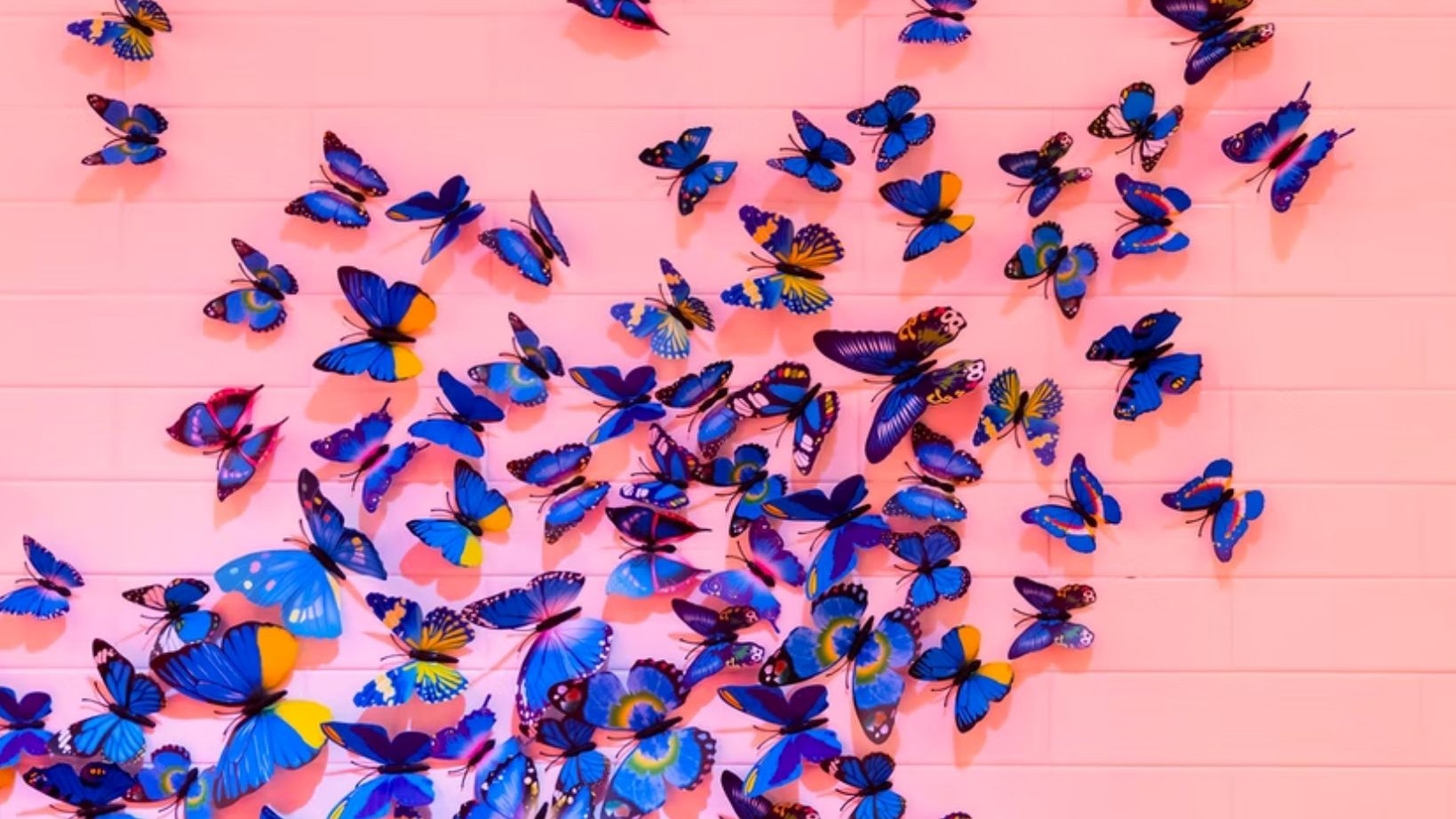 On May 22, the world celebrates international World Biodiversity Day… but what’s the deal with biodiversity anyways? Biodiversity is a massive topic with extensive intricacies, so while we can’t cover it all, we’re celebrating by creating a strong foundation.

Here are the things to know about biodiversity so you can show all your friends and family you’re a sustainability wizard:

#1 Biodiversity refers to the vast variety of life on the planet.

#2 Biodiversity is impacted by climate change.

#4 Biodiversity is good for people and businesses.

#6 Biodiversity is reflected in our rating system.

You may have noticed that we mention biodiversity a lot at Finch – especially how purchases, products, and practices can impact it. This is basically because biodiversity is the fabric of our lives (cue cotton commercial tune) – but also because we’re witnessing a rapid and potentially irreversible loss of biodiversity, putting both people and the planet in peril. Unfortunately, because biodiversity is beautiful and expansive, this means that a lot of the content in this blog is pretty sad. But, not all hope is lost! There is no better tool than knowledge, so soothe your eco-anxiety by learning these ins and outs.

#1 Biodiversity refers to the wide variety of life on the planet.

Biodiversity is the different kinds of life -- from plants and animals to fungi and microorganisms -- that constitute the natural world. These beings interact with each other in nuanced ways, creating a dynamic ecosystem in which each has a specific role. The breadth and complexity of biodiversity make it a struggle to conceptualize, but we’re talking about everything from genes, to species, and to physical environments, or ecosystems, and the ways that these different elements interact with each other. Though we can’t be entirely sure, scientists estimate that there are 8.7 million different species of plants and animals...and we only know about ⅛ of them. This is all to say that the biodiversity of planet earth is expansive, and takes your parent’s ‘everyone is a special snowflake’ thing to a whole new level.

At its core, biodiversity is also predicated on the intrinsic value of every living thing simply because it is part of a complex web of broader ecosystem services. We’re talking about such immense interconnected systems that we, as humans, have difficulty computing the magnitude of it all. In other words, all living things have value as means within themselves, rather than their value being derived as a means to an end. As humans, we often look for the utility in things as they relate to our own needs. For example, we don’t have to tell you how important pollinators are, but we will emphasize two fun facts on why we basically owe everything to these little guys. 1) Pollinators are integral to growing our food and supporting the ever-growing population – almost 80% of the world's crop plants require animal pollination. 2) Pollinators are integral to flowering plants, which sequester carbon, purify water, and help prevent erosion. So, when we say that bees have value, it’s not only because they produce honey that eventually ends up in our yogurt parfaits, but also because they exist in a system that is delicately balanced and requires their existence to maintain its equilibrium.

#2 Biodiversity is impacted by climate change.

The climate crisis has a whole host of anthropogenic (aka human-induced) causes. Those human activities, for example, pollution and deforestation (just to name a couple), can also have negative impacts on biodiversity, which are further compounded by their contribution to climate change. This is because changing climatic conditions (the planet warming, cooling, or shifting in a significant way) can alter ecosystems and, therefore, their functions. Projections of biodiversity loss are significant and linked to the rapid decrease in genetic diversity, migration, and ecosystem function. For example, shifts in climate can cause phenological shifts (when plants bloom, eggs hatch, leaves change, etc.) in flowering plants and pollinators. If the timing of when plants bloom is not aligned with when pollinators are out pollinating, then it can lead to the mutual extinction of both….which has ramifications across the entire ecosystem.

When you start digging into biodiversity, you may come across the Aichi Biodiversity Targets. These targets were established in 2010 by the International Convention on Biological Diversity (CBD) and included everything from addressing the causes of biodiversity loss to further researching biodiversity’s benefits – because we still don’t know everything about biodiversity! Governments signed on to commit to driving progress to meet these goals by 2020…unfortunately, none of the goals were met completely.

This isn’t to say that progress wasn’t made – the 2014 Nagoya Protocol was signed and it’s estimated that the number of bird and mammal extinction would have been 2-4 times higher without these collective conservation efforts. When 2020 came and went, a team of researchers put together a new framework: the post-2020 Global Biodiversity Framework (GBF). This framework aims to reflect the learnings from the CBD's framework, align with the Sustainable Development Goals (SDGs), and integrate nature-based solutions to protect biodiversity. The 21 targets include goals like reducing pesticide use by two-thirds, and a 50% reduction in the introduction of invasive, non-native species.

#4 Biodiversity is good for people and businesses.

We started off this blog talking about the intrinsic value of biodiversity – the idea that everything has value because of its role in the greater ecosystem, and not just for the purposes they serve us humans. That said, biodiversity is good for people, too. This shows up in both material and nonmaterial benefits. Nonmaterial benefits of biodiversity can be spiritual, cultural, religious, aesthetic, and artistic. Biodiversity makes places beautiful and many cultures hold biodiversity as a cornerstone of collective identity. We also gain material benefits from biodiversity, both in consumptive and nonconsumptive uses. Basically, we rely on biodiversity for things like developing medicines, controlling pollution and floods, improving soil nutrients, and regulating climate.

Biodiversity can also have financial benefits. For similar reasons as to why the climate crisis poses risk to business, biodiversity is integral to businesses’ ability to generate revenue long-term. It’s extremely difficult to measure the importance of biodiversity by numerical values (like dollar amounts) because it doesn’t take into account why it’s so important for people and the planet (i.e., nonuse values).

What we’re trying to say is that not addressing the loss of biodiversity we’re experiencing now (the sixth mass extinction), is costing a lot of money. One study estimated that not protecting biodiversity leads to a value loss of around $140 billion annually. Protecting biodiversity and ecosystem services is worth roughly $4,400 billion to $5,200 billion annually. That is a whole lot of moolah. Finding it hard to conceptualize? A billion seconds – if each second is a dollar – is equivalent to 32 years.

From how you garden (if you have a yard), to the kinds of purchases you make, the choices you make can have some very important positive impacts on biodiversity. Consider planting native plants – native plants create the foundation for local food webs and provide wildlife with food and shelter, including pollinators like bees and butterflies, so, if you’re planting in a community garden or you’re the lucky duck with a backyard or garden space, make sure to bee specific. Choose plants that are native to your area to support biodiversity and protect pollinators. This native plant finder tool can help you discover plants that are native to your area and even ranks them on the number of butterfly and moth species that use them as hosts for their offspring.

#6 Biodiversity is reflected in our rating system.

When it comes to shopping, keep an eye out for ingredients in commonly-used products, like palm oil, that are associated with deforestation. One of the ways that deforestation is linked to biodiversity is because it causes habitat loss. One study found that more than 50% of palm oil plantations in two Southeast Asian countries in 2005 were once forests in 1990. Yikes. In the instance of palm oil, it’s mainly grown in the humid tropics, and this climate is often species-rich and carbon-rich.

Wondering how to avoid these products? Download our browser extension for science-backed ratings based on environmental footprints and real reviews. And, check out our Wise Guides for detailed information about what products often contain palm oil and other harmful ingredients, and how to look for alternatives.